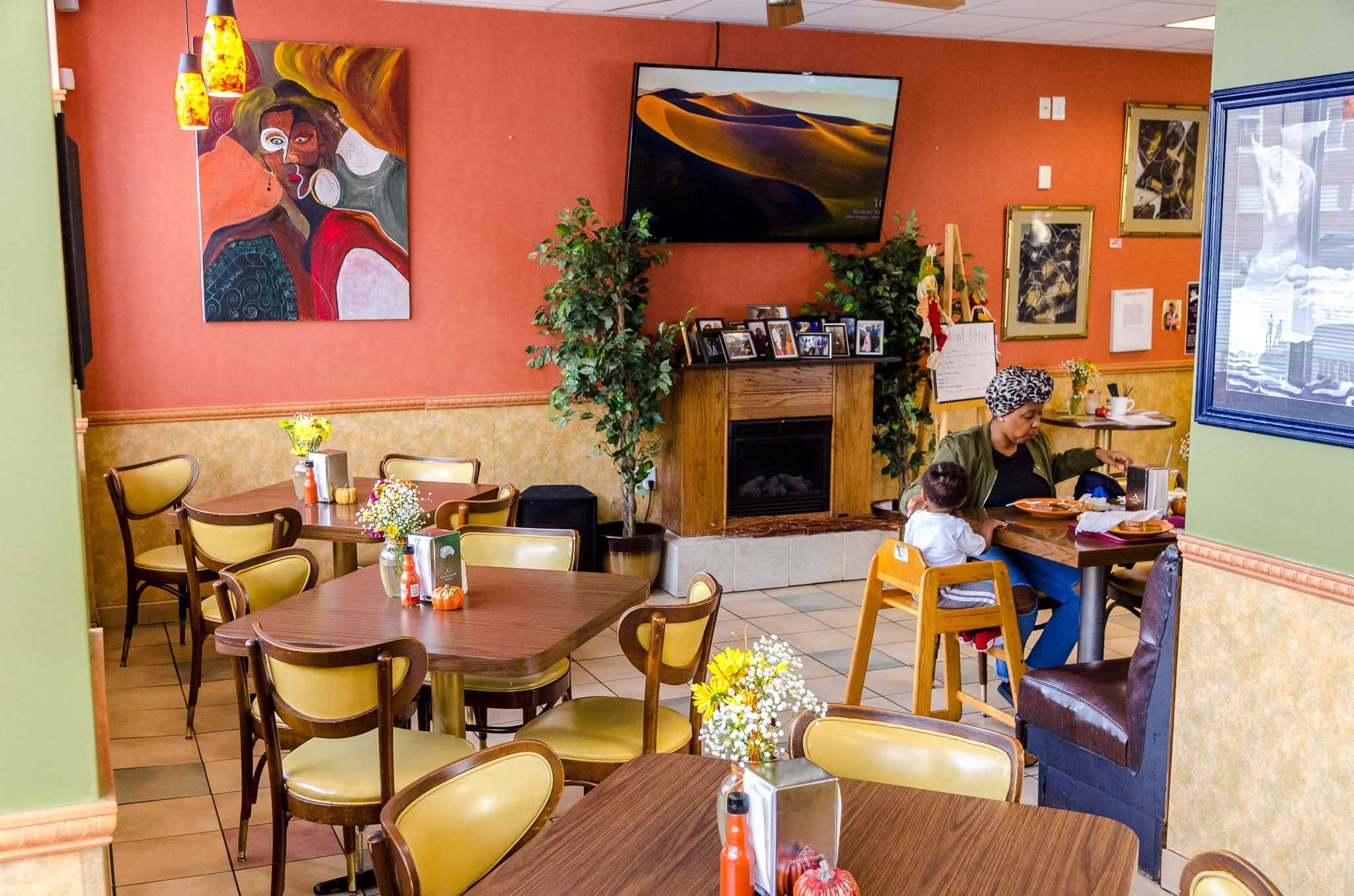 Near West Side Partners Combats Gentrification

Pete Cooney found his passion through a creative outlet meant to balance the intense work environment at his first job.

“I started to really get into food: trying new restaurants, looking at food and reading about stuff going on across the country,” he said.

Inspired by similar ideas in other cities and the culture of traditional Mexican “paleta” (popsicle) vendors, the 2010 graduate of Marquette’s College of Business Administration, launched his startup Pete’s Pops, in 2014. He began selling his popsicles in Milwaukee’s Third Ward and now sells them at farmers markets and local festivals.

Sept. 27, Cooney won Rev-Up MKE, a small business competition organized by the Near West Side Partners, Inc. He won $10,000 in startup funds and will relocate Pete’s Pops into a now-empty storefront in the Near West Side. He expects the store to open May 2017.

“I always thought there was potential,” he said of the near west side. “I looked, even for my own business, at some of the vacant properties and things.”

The competition, in its first year, fits into part of the greater goal of the NWSP – to promote economic opportunities in the seven neighborhoods. There are some who would question bringing new ideas into a community, rather than investing in what is already there, a concept often referred to as gentrification (the threat of upper class outsiders moving into a newly improved neighborhood), pushing out the people and changing the essence of what the area once was.

NWSP’s work – to preserve the identities of its neighborhoods while improving and beckoning in new talent – is far from simple.

The NWSP was founded in 2014 with the support of five anchor institutions from the area: Marquette University, Harley Davidson, Aurora Health Care, MillerCoors and Potowatomi Business Development Corporation.

The nonprofit’s mission is to revitalize and sustain the seven neighborhoods in the Near West Side with a focus on creating thriving business and residential areas. Since launching the Promoting Assets Reducing Crime (PARC) initiative in April 2015, the NWSP’s first major program, the organization has continued to become a presence in the Near West Side neighborhoods.

“There’s a lot of activity going on in the Near West Side,” said Keith Stanley, executive director of the NWSP and Avenues West Association, during a bus tour of neighborhood homes in September.

On Marquette’s side of things, Daniel Bergen, executive director of Marquette’s Office of Community Engagement, serves as the co-chair of the NWSP housing working team, which is comprised of representatives from the anchor institutions and the community. One of the group’s projects is the good neighbor designations, which Bergen said are criteria to assess properties and highlight owners and managers who are doing good work in the community.

“We are really focused on retaining really good property owners, managers and tenants,” Bergen said. “We want to keep people in this neighborhood.”

Although the NWSP’s mission focuses on the revitalization of the neighborhoods in the community, when it comes to conversations about urban renewal, the issue of preserving the essence of the pre-existing community often comes to light. The fear, or lack thereof, is of gentrification.

The movement of wealthier people into city neighborhoods can lead to the displacement of people who already live there, but can no longer afford to. A 2016 case study from the Federal Reserve Bank of Philadelphia on gentrification and resident mobility in Philadelphia found that gentrifying neighborhoods in the city have higher rates of mobility than non-gentrifying communities. The study also found that although residents with low credit scores and without mortgages did not have higher rates of movement from gentrifying neighborhoods, when those residents do move, they are more likely to end up in lower income neighborhoods.

Public investment can also have an impact on gentrification in neighborhoods. According to a 2015 article from the Federal Reserve Bank of San Francisco, improved mass transit, investment in public schools and creation of parks and open spaces can also drive up property values and capture the attention of affluent groups with the ability to move into the neighborhood.

Roberta Coles, a sociology professor in the College of Arts & Sciences, said in this scenario, the gentrifying neighborhood is moving up while the less advantaged neighborhood sees more concentrated poverty. The result is not just geographical, but also socioeconomic divisions.

When it comes to the NWSP initiatives, people express varying levels of concern. But, as Stanley observed, the worries about gentrification are coming largely from outside.

“People do bring it up,” he said. “Often its folks outside the community and sometimes its folks that live here, but our focus is on retention.”

Since the launch of the NWSP, Stanley said there has been positive community feedback about the nonprofit’s initiatives.

“There’s really excitement,” he said. “With anchor institutions that are committed to the community, there’s a hunger and a desire in creating platforms for community members to be involved.”

The effort to retain current community members and get them involved in the partnership could protect the near west side against gentrification. The rate of changes in who is living in a community correlates with fewer community improvement efforts, according to a study from Williams College in 2012. The article suggests that programs designed for residents to remain in the community and include policies to ensure affordable housing and limit displacement could help transform quick moving gentrification into a more natural process of urban change.

Although Coles sees positives in the NWSP and their initiatives, she has mixed feelings about the organization and Marquette’s role in the community.

“I’m happy Marquette is participating and trying to do things that I think generally are motivated and have good intentions,” she said. “Of course, one never knows how it’s going to turn out.”

Daddy’s Soul Food & Grille is tucked inside the block of 27th street between Wisconsin Avenue and Wells Street. The restaurant opened in 2014 and is run by Angela Smith and her husband Bennie.

Smith is originally from Chicago, but has lived in Milwaukee her entire adult life. After a developer approached her husband in April 2014 to start a business in Avenues West, the family began looking around the neighborhood to see what was needed.

“We thought if we brought in some soul food, something that’s not here, with that healthy southern feel, it will make it in the market,” she said.

Smith said her family has been blessed with a successful first two years at Daddy’s Soul Food & Grille and appreciates the support of organizations like the Near West Side Partners.

“You can have an idea and this neighborhood will give you a petri dish where you can start to grow,” she said. Smith said support from the Near West Side Partners and other community organizations helps small businesses survive and stay in their neighborhoods.

She agreed with Stanley that she doesn’t see the concerns about gentrification in the work of the Near West Side Partners or other similar organizations.

“They’re not just trying to attract businesses that will only attract white, upper-class people,” she said. “They’re making sure they’re giving attention to businesses of all cultures, of all types of sale aspects.”

Patrick Kennelly, the director of the Center for Peacemaking and a resident of the Historic Concordia neighborhood in the near west side, also said it’s important to acknowledge the existing realities and challenges in the community.

“There are people who struggle to get by, there are people that have valid concerns about safety and there’s a lot of people who’ve lived there for a long time and they’re excited because the anchor institutions through the NWSP are saying, we understand residents play a vital role in this community,” he said. Kennelly also serves as the lead investigator of the NWSP PARC initiative.

Stanley said the NWSP remain focused on the community through their work.

Cooney and his business are looking forward to being part of that community. Now that the Rev-Up MKE competition is over, the real work has begun for Cooney, which involves selecting a storefront location for Pete’s Pops, raising money and building a kitchen. Once the business is settled in the near west side, Cooney expects to be in the community for the long haul.