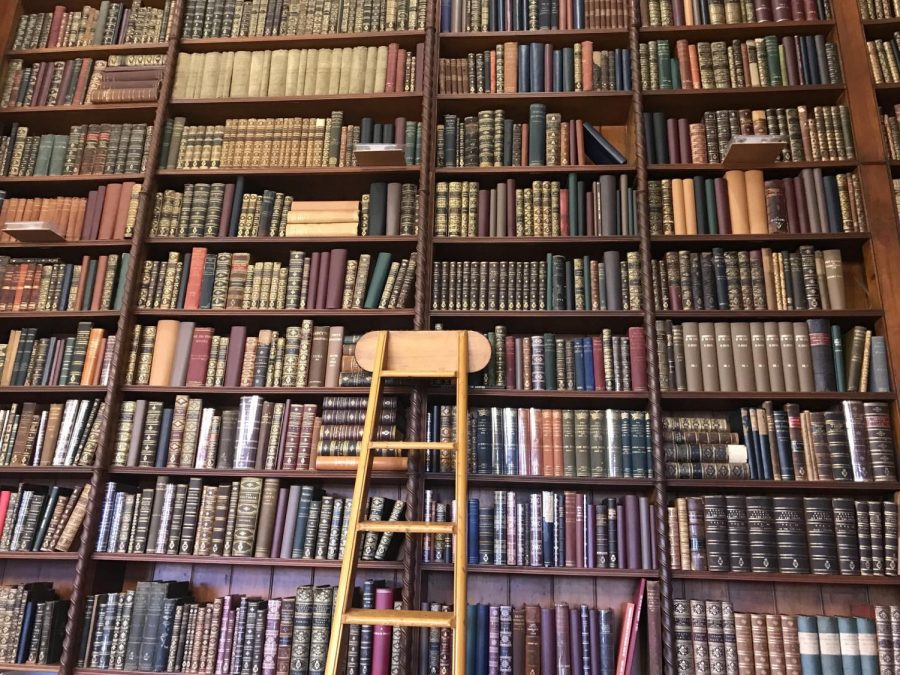 The first cohort was established in the Fall of 2019. Photo via Flickr

The first cohort of the Diversity Film and Book Club was established by Jennifer Maney, director of the Center for Teaching and Learning, in the Fall of 2019.

Initially just a book club, this year it began to include a film element.

The club meets once each month to discuss the book or film that was assigned. Maney said each book is paired with a topically related film, both of which ultimately tie back to this year’s overall theme: intersectionality.

This year’s book and film pairings have included “Giovanni’s Room” by James Baldwin and the Golden Globe nominated film “Moonlight,” “Power” by Linda Hogan and the film “Drunktown’s Finest,” and “This Is How It Always Is” by Laurie Frankel and this month’s film “Gun Hill Road.” The full list can be found online.

True to its name, Maney said the Diversity Film and Book Club includes members from a variety of backgrounds, professional and otherwise.

“The beauty of it is we had people come from all across disciplines,” Maney said. “And not to necessarily talk about teaching. What we felt was that any time you had the opportunity to learn about other cultures, you’re in fact becoming perhaps a better instructor.”

She said this is the ultimate goal of the Diversity Film and Book Club.

“Even though it’s a book club to build community and give faculty a break,” Maney said. “At the end of the day it’s still with a focus, an umbrella, of how to make instructors make their classrooms more inclusive, and their practice (more inclusive).”

Maney said the inclination toward justice is a priority at the CTL and that it embodies Marquette’s Ignatian mission.

“Anything we do at the CTL, everything we try to do, we embed this sense of anti-racism and equity and justice,” Maney said. “Because that’s the Ignatian identity, and Catholic identity. It’s working for justice.”

At the first meeting, Maney said the club had about 25 participants. Over time, however, and as things went virtual, that number dropped to about 15 regular participants. Maney said it is a small, but mighty group with a strong sense of community, which is especially important during a pandemic.

“I’d say there’s a thirst among faculty to truly and authentically learn about different identities and cultures and groups,” Maney said. “And right now, especially, faculty have need for community. There’s an isolation factor that’s occurring.”

Maney said the ways that faculty members and staff typically interact is no longer available to them, such as stopping by offices or going to meetings. Fortunately, the Diversity Film and Book Club provides them an opportunity to enjoy belonging to a community with their colleagues.

Roberta Gaither, an adjunct professor in the Department of Social and Cultural Sciences, said the Diversity Film and Book Club played a huge role in helping her become acclimated to Marquette.

“It was one of the first things I joined as a new adjunct professor at Marquette,” Gaither said. “And it turned out to be one of my best experiences.”

Gaither said what made her experience so valuable were the individuals she met in the club, the sense of camaraderie they have created and the frank discussions they share.

“I can’t tell you how refreshing it is to be able to talk with individuals from different backgrounds candidly without having to worry about censoring,” Gaither said. “It’s never been tense. In fact, we kind of revel in discussing controversial things and I know that if we do that I’d never have to worry about it being an issue.”

She said the conversations that happen between the participants of the Diversity Film and Book Club have enormous value.

“In a way, these types of conversations are what makes the world a better place, one individual at a time,” Gaither said.

Kathleen Auchter, an instructional designer in the Department of Digital Learning and a newer participant in the Diversity Film and Book Club, said she joined the club for exactly this reason.

“With each individual book, there’s a lot of perspective-sharing and that’s part of the reason I joined this book club in particular,” Auchter. “It was to understand and get a deeper understanding of the different perspectives that exist instead of just holding so tightly to my own.”

Auchter joined the club in September, so she has only attended monthly meetings on a virtual platform rather than in person. She said this has not affected her experience.

“I can sit here and take my shoes off and pop into the meeting without having to drive anywhere and all of those things,” Auchter said. “Everybody shares their camera and we’re all pretty comfortable with one another. It’s just another way of doing things.”

Dr. Rebecca Lorentz, a professor in the College of Education and a returning Diversity Film and Book Club participant, said she has found unexpected benefits to conducting club meetings online.

“My first reaction was, ‘this is so much more convenient,’” Lorentz said. “But now I look forward to it because I actually get to have these conversations with my friends that I would typically have going from office to office or having lunch with someone or happen to see someone in Raynor, and now we have this virtual space where we can be friends and colleagues that we haven’t had for so long.”

But this is not the only reason Lorentz values the Diversity Film and Book Club. She said it provides an opportunity for her to critically examine her own lenses and biases, the very same thing she asks her students to do in her educational inquiry class.

“It occurred to me, fairly recently, that this is kind of my version of service learning,” said Lorentz, “And I’m encountering these different perspectives and I’m thinking about how they fit into my life and I can use the privilege I have to work toward equity and equality and continue doing the things I ask my students to.”

Lorentz said she appreciates the sense of community that has been created among the participants of the club. She said everyone, including herself, has a role to play while engaging in these dialogues, and this role involves exploring many different perspectives.

“I feel like I am a voice in a conversation. And I think this is an important conversation to have in an academic sense, we all work with these issues in our professional lives,” Lorentz said. “So I think that my first role is just a different voice from all of the other 6 to ten to fifteen voices that we have, and I think that’s kind of the whole point. Let’s have these voices and make sure these voices are heard.”

Any faculty members, instructors or staff interested in joining the Diversity Film and Book Club can email Maney for more information.