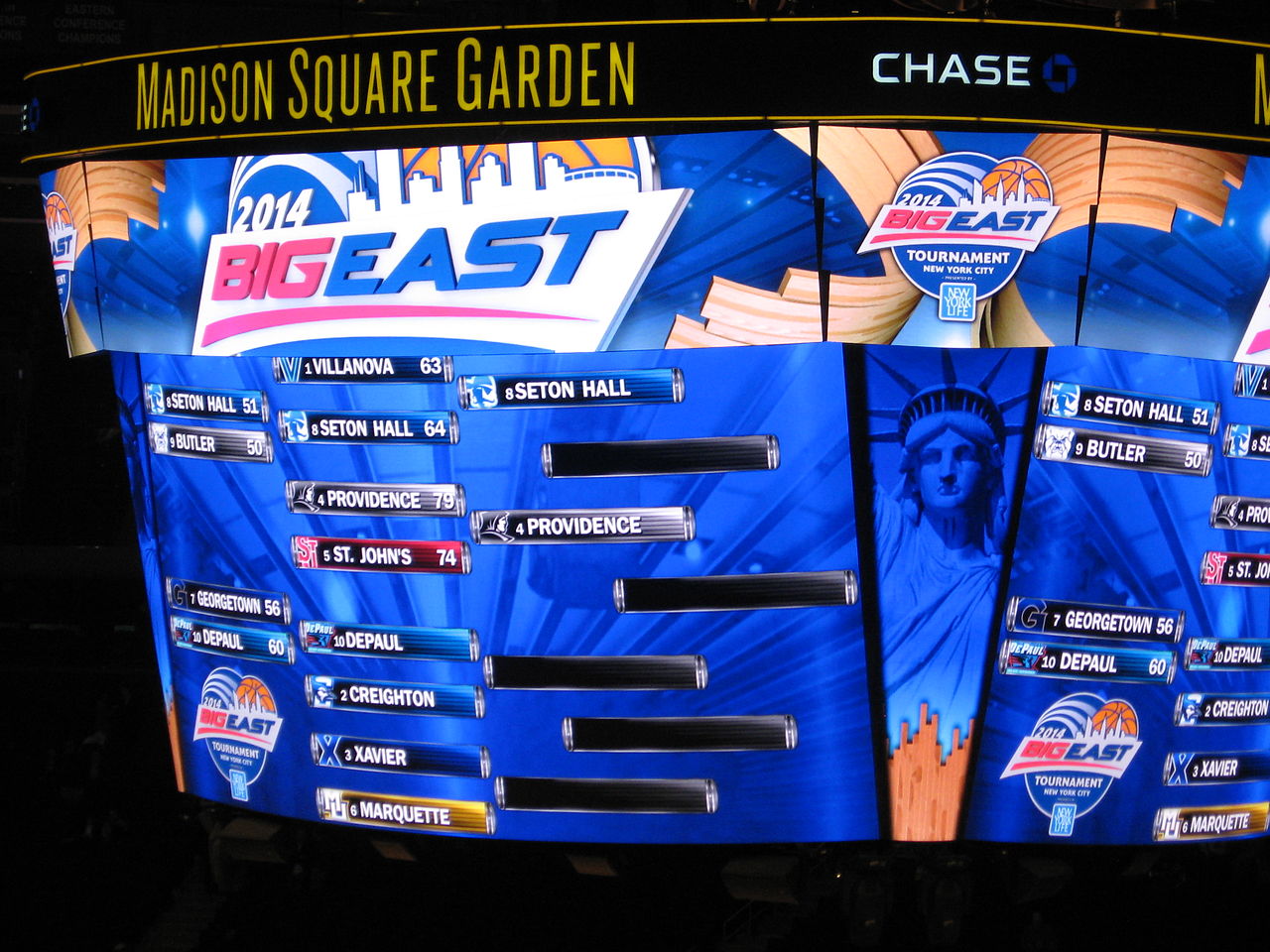 The BIG EAST conference suggested going to college for two-years before entering the NBA Draft. (Photo by Wire Stock Photo)

As the conference enters its fifth season of play in 2017-’18, similar tactics to what put the BIG EAST on the map originally are leading its resurgence into the college basketball landscape.

The old BIG EAST, in an attempt to distinguish itself from conferences with much larger state schools, was the first conference to create its own television channel and syndicate it into various local markets. Its television contract with ESPN was also the precursor to the mega TV deals conferences currently have with cable sports networks.

“The BIG EAST and ESPN really grew up together … ESPN was looking for programming, and the BIG EAST was a new league looking for television exposure.””

Looking for a way to give exposure to non-revenue sports, the BIG EAST channeled its past, establishing the online-only BIG EAST Digital Network prior to the 2014-’15 fall season.

Success in men’s basketball’s postseason March Madness was supposed to define the BIG EAST conference, but re-establishing its former glory was a slow task. The new BIG EAST only had two Sweet Sixteen teams in the first three years. The Big 12, another major 10-team league, had eight teams in that same time period.

In the conference room

Scholl repeatedly said he was not looking to leave Ball State, where he was the athletic director from 2002-’14. However, when Marquette’s position opened, he couldn’t resist.