Join the Club: What Creating A New Student Org Looks Like on Campus 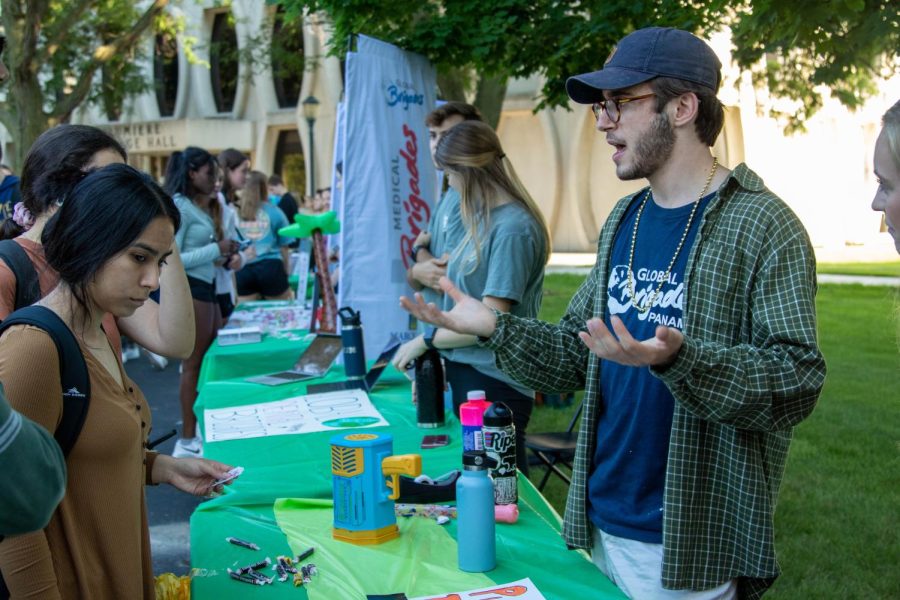 Prominently displayed on the wall of the Alumni Memorial Union sits a list of student organizations some 200 clubs long, showcasing everything from the Marquette Rowing Club to Marquette Model United Nations.

With the start of the 2022-23 school year, the responsibility of working with these clubs was given to Jen Reid, the Director of the AMU. Despite this, however, Reid said the process for creating a club this year is the same as it was previously.

First, a student will submit a form with a ‘request to organize’ to Reid or another staff member. Once approved, they will then set up a meeting to create a club ‘constitution’ which details their goals and mission. Finally, the student is required to get five signatures of other interested students and have an E-board with at least a president and vice president.

“I review the applications and look for duplicates,” Reid said. “If we have two groups doing essentially the same thing, we would likely deny that request and try to put those groups in contact with one another.”

The process of creating a club at Marquette is familiar to Allison Spears, a senior in the College of Arts & Sciences and the current president and founder of Marquette’s chapter of A Moment of Magic. AMoM is a nonprofit which allows college students to provide cost-free performances for children with medical vulnerabilities.

Spears said she began working with AMoM at the beginning of her first year with a chapter at the University of Wisconsin-Madison. By her junior year, she knew she wanted to bring this passion to her community on campus.

“Before I went through Marquette, I applied for a [AMoM] chapter at the national level,” Spears said “Essentially, I filled out a lot of paperwork, went through a couple interviews and once I got the go-ahead from them, to start a chapter at my school, I started the process with Marquette. I met with OEI, gave them my pitch, y’know, ‘this is what I want to do, this is my organization’ and they gave me the go-ahead to draft a constitution.”

Spears isn’t the only student on Marquette’s campus passionate about giving back to her community. Max Mantych, a senior in the College of Health Sciences, said he recently created a branch of Marquette Global Brigades, an international non-profit which develops partnerships with rural communities around the world.

The branch, called Public Health Telebrigade, is a sustainable development volunteer program that is entirely virtual. Mantych, the club’s campus chairperson, said his biggest advice for other students interested in starting organizations was to start the process as early as possible.

“To get established at Marquette as an organization, it’s going to be important to set up a meeting with the Office of Engagement and Inclusion to learn a little bit more about the process because there’s a lot of boxes to check off for them,” Mantych said. “The [whole] process took around a month.”

While Reid said student organizations are a valued part of campus, that doesn’t mean the current implementation of them might not have some changes in due time.

“There’s data that supports how being in a student organization contributes to belongingness and leadership development — and we don’t want to inhibit that at all — but we also want to set them up for success as well,” Reid said. “The model of having 300 student organizations, frankly, is a little bit difficult to manage. There’s so many of them, how do you support [them] effectively? That’s what we’re thinking about [moving forward].”

Despite the challenges that come with creating a club, Spears said the opportunity was well worth it in the end.

“[Our] first year, it was hard for me to get everything off of the ground,” Spears said. “It was a lot of work and you don’t always see that payoff right away. Now, going into our second year, we have a super dedicated group of volunteers who are passionate about the mission and who genuinely want to be there. It’s been a really cool thing to not only be a part of but know that [I started].”

This story was written by Will Eikenbary. They can be reached at [email protected]