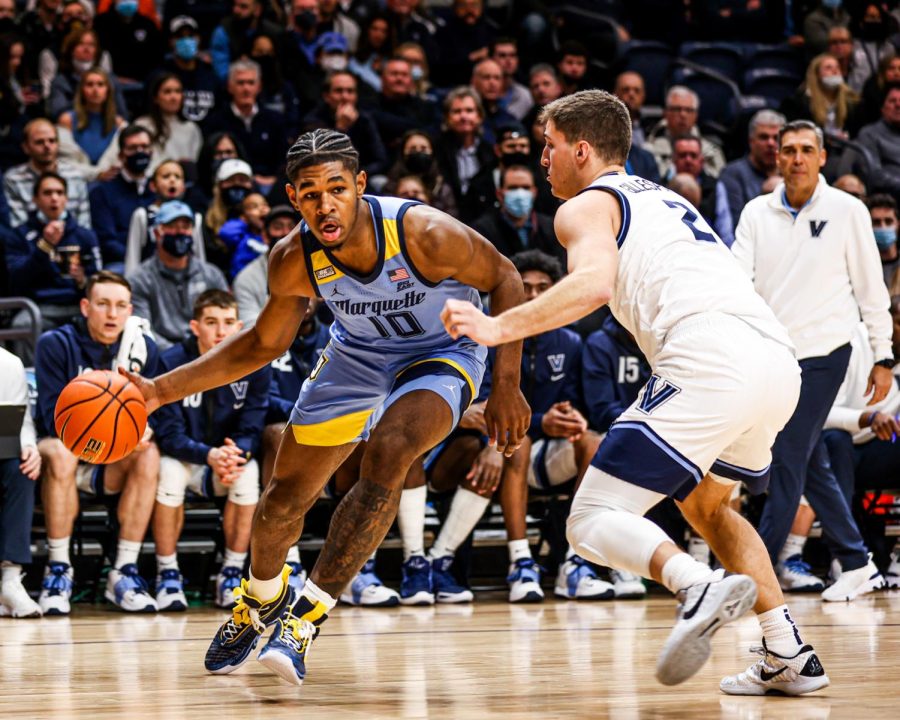 Marquette men’s basketball’s Justin Lewis is headed to the NBA.

The 6-foot-7 forward announced on Twitter Wednesday morning, that he will be keeping his name in the NBA draft, ending his college eligibility.

Lewis is coming off a breakout redshirt first-year season with the Golden Eagles, averaging a team-high 16.8 points and 7.9 rebounds earning the BIG EAST Most Improved Player of the Year.

During the Golden Eagles’ winning stretch in January where Marquette won eight of its nine games, with six of those  against nationally-ranked opponents, Lewis averaged 18.7 points per game along with 7.8 rebounds per game.

Perhaps Lewis’ biggest moment this season came in Marquette’s upset win over then-No. 11 Villanova at Finneran Pavilion when he hit a contested 3-pointer with 11.9 seconds left.

The Baltimore, Maryland native was set for another big season under head coach Shaka Smart. The forward would have been in conversation for BIG EAST Preseason Player of the Year if he had decided to remain at Marquette.

In Jonathan Givony’s latest mock draft on ESPN May 31, Lewis is projected as a mid-second-round draft pick.

Lewis will now wait to hear if his name is called on draft night, which will take place June 23 at the Barclays Center in Brooklyn, New York.

This story is developing

This article was written by John Leuzzi. He can be reached at [email protected] or on Twitter @JohnLeuzziMU.