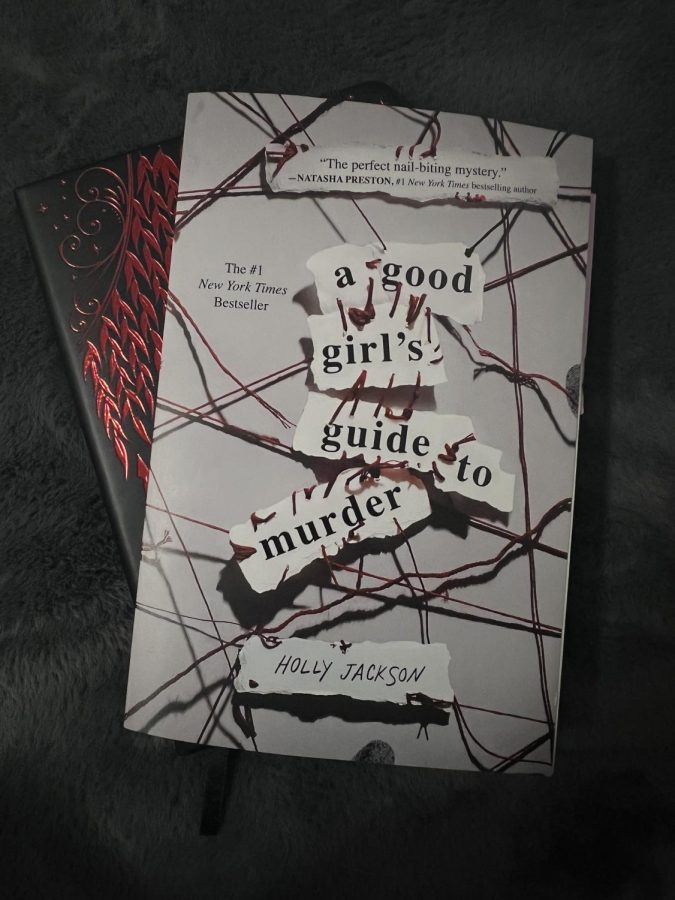 "A Good Girl's Guide to Murder" was written by Holly Jackson.

From an outsider’s perspective, Fairview is the cookie cutter definition of a quiet, small town. But for Pippa Fitz-Amobi and the rest of the town’s residents, it is a place haunted by the murder of Andie Bell, a seemingly perfect and popular high school senior who was allegedly killed by her boyfriend, Sal Singh, before he killed himself.

Five years have passed since the local police posthumously charged Sal with Andie’s death, and based on the evidence they collected at the time, Sal looked like the perfect suspect for the crime. The case was closed but never forgotten by Fairview residents who still see the Singh family as local pariahs.

Now a high school senior herself, Pip decides to reexamine the case that still resonates through her town for her final capstone project. As she begins to look into the original investigation and conduct her own research, she starts to find inconsistencies and evidence that could prove Sal’s innocence.

But as Pip gets closer to the truth, the more dangerous her project becomes. Someone in Fairview wants the truth to stay buried and will do anything to keep it there. With her own life in danger, Pip is forced to decide how far she is willing to go for an A grade.

If I am being totally honest with myself, I wasn’t expecting to enjoy this novel as much as I did. I normally don’t go for the suspense genre, but when a close friend of mine recommended this book to me as one of the best books she had ever read, I thought I would give it a try. And let me tell you: this book does not disappoint.

“A Good Girl’s Guide to Murder” is almost the perfect mystery novel. It has twists, it has turns and it has suspense. The one thing that it lacked for me, however, was a sense of reality. The novel’s heroine and super sleuth, Pippa, is only a senior in high school as she channels her inner Nancy Drew to solve the murder of the seemingly perfect Andie Bell for her senior capstone project. This project idea, in and of itself, would probably never be approved by a high school English teacher, nor would they condone Pippa’s research methods.

A 17- or 18-year-old girl would probably never find herself blackmailing a sketchy drug dealer, breaking and entering into a family’s private residence to search for clues, or voluntarily putting herself in the same room with a murderer. But while the plot points of the novel may not be plausible, they were a joy to experience as a reader and left me on the edge of my seat at times. And aren’t pleasure and escapism the reasons we read fiction?

Pippa is an enjoyable and clever main character who made the nearly 400 pages of this book fly by in a flash. She is extremely organized and mature, and as the story progresses, the more round of a character she becomes. She is also somehow able to balance solving a five-year-old cold case with her home life, friends, school work, and even a potential love interest in Ravi Singh with little to no trouble at all, and I found that super impressive.

I especially appreciated the sections of the book that written as journal entries. These pages cataloged everything that Pippa had learned through her investigation and her thoughts on everything from suspects to motive. For me, the journal entries visualized the mystery for me a lot more and I usually found myself flipping ahead to see where the next journal entries were going to pop up.

While there were points of the mystery that were predictable, author Holly Jackson doesn’t let readers relish in their cleverness for long. Every time I thought I had put it all together and solved the case, my satisfaction was ripped away from me with another clue that took me in the opposite direction.

Overall, “A Good Girl’s Guide to Murder” is a fun, thrilling read. The book functions as a through and through suspense thriller that is perfect for fans of “Nancy Drew,” “Euphoria” or “Riverdale.” For what it lacks in plausibility, it makes up for with killer plotlines and a grade-A mystery.