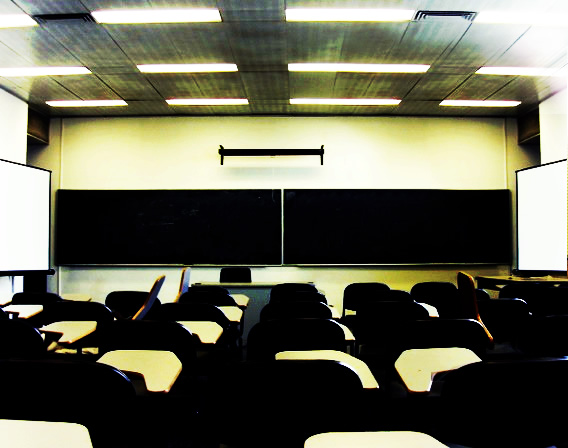 When Craig Robinson, brother of former first lady Michelle Obama, and his wife, Kelly, filed a lawsuit against University School of Milwaukee, they were justified.

The couple brought allegations of racial bias against USM, one of the most prestigious schools in Milwaukee, citing the poor treatment of their two sons. In the lawsuit, the Robinsons claimed that their sons’ enrollments were not renewed after the couple raised multiple concerns about racial bias in the school.

With a lengthy mission statement and a $20,000 to $29,000 tuition price tag, the school is seen as one of the premier private schools in the Milwaukee area. The school’s mission statement states a “recognition and respect” for students of diverse backgrounds to think “broadly, critically and independently.”

The school has retaliated in a response, calling the parents’ actions against their faculty and staff “disrespectful, demanding and bullying.”

The school has provided supporting documents that the family allegedly complained against, as well as a dismissal of their “Underground Railground Simulation.” This simulation had students act as slaves and faculty and staff as slaveowners, which USM argued was a way to teach about Wisconsin’s role in the Underground Railroad. While the simulation was not experienced by Robinson’s sons directly, it was included in the lawsuit as it was used as recently as the early 2010s.

The school has not commented on the alleged use of racial slurs used against students of color in the past two years noted in the lawsuit.

While these claims were denied as “misinformation” from USM, it begins a discussion of different experiences of students of color within private schools.

Private schools are overwhelmingly white, showing a lack of diversity within these schools. According to the National Center for Education Statistics, 67% of students at private institutions were white and 9% of students were Black.

In attempting to diversify private schools, the cost of tuition is a large barrier. According to the United States Census Bureau, the average Black household’s income was estimated at $44,000 while the average white household made an estimated $70,000 in 2019.

The cost of private school tuition varies drastically based on location and type of private school; however, the Education Data Initiative states that the average cost of tuition is $12,350. With that price tag, many of these lower-income families cannot choose a costly private school over a free education at a public school.

Despite this tuition rate, there are opportunities for children of color to attend private schools, such as the School Choice Wisconsin program which was highly scrutinized in the beginning. The School Choice program allows low-income parents to choose where their child attends without a large socioeconomic barrier regardless of their racial background.

However, this difference in socioeconomic status appears in the school environment. In 2020, the “Black At” Movement began conversations regarding racism at private schools across the nation. Current Black students and alumni detailed their experiences and feelings of isolation at private institutions, gaining support from their fellow peers while amplifying their voices.

There is a long history of discrimination against Black students in our country, starting with the forbiddance of slaves to be educated to Jim Crow laws with segregated schooling and busing to the expansion of private schools that exacerbated segregation after Brown v. Board of Education.

This history must be taken into account when understanding the relationship between school and students of color.

With the allegations and the lawsuit against USM underway, it signals a conversation regarding the treatment of Black students in private schools within the Milwaukee area and the nation. With Milwaukee being one of the most segregated cities in the United States, issues of racial bias in private schools, where diversity is needed, cannot be ignored or cast aside.

The experiences of Black students in private schools differ significantly from the experiences of white students based on their backgrounds and cultures, but this diversity is needed in schools, especially private ones.

Learning in a more diverse environment has the ability can strengthen students’ intelligence. By meeting students that are different from them, there are cognitive benefits that help the students learn important life skills, as it challenges their way of thinking. Without diversity, it can lead students to live in a “bubble” where they are unable to see and relate to experiences different from their one.

However, their voices and concerns must be respected, not dismissed as bullying and disrespectful. Mission statements that secure equitable treatment of students should not simply be statements, but rather actions into having difficult conversations and listening to promote diversity in private schools.