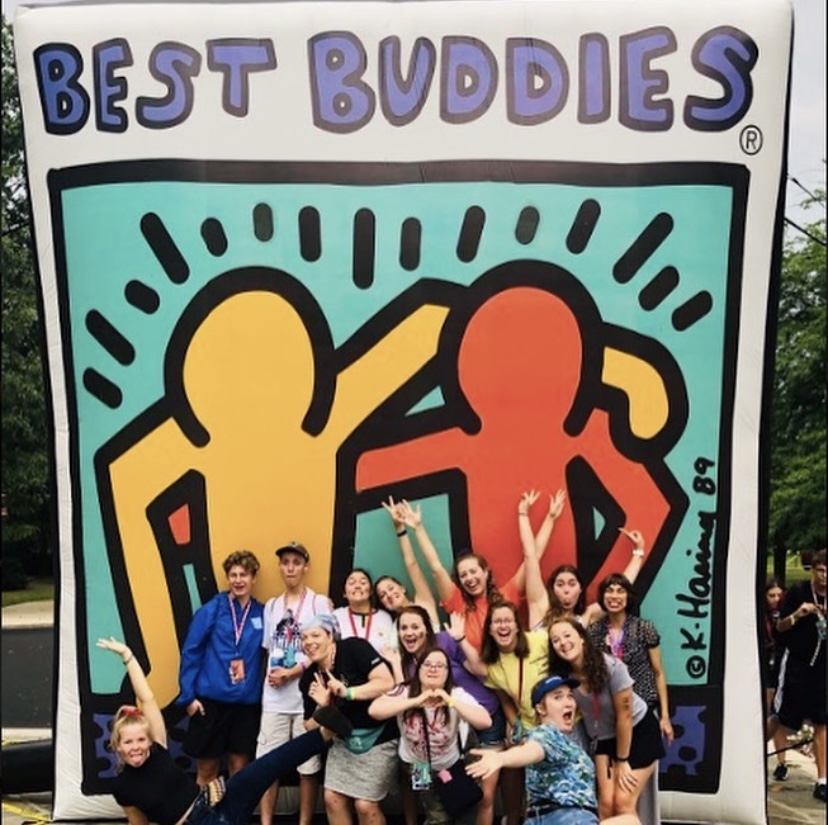 Best Buddies have events at Marquette and in the Milwaukee community.

Finding friends at college can be hard enough, but just show up to a Best Buddies meeting and they’ll do all the work for you.

“The goal is to try to foster friendships and relationships and have a good time. It’s also a good chance to meet people you might not normally interact with,” Avery Bursick, a junior in the College of Health Sciences and co-president of Marquette University’s club Best Buddies, said.

Best Buddies is a club that builds awareness and connects Marquette students and individuals with disabilities. Pairs are encouraged to build relationships one-on-one.

They meet once a month as a whole, but buddies are encouraged to get together once or twice a month and reach out every week. Like Bursick, Chloe O’Connell, a sophomore in the College of Nursing and treasurer of Best Buddies, joined as a first-year student.

“I was interested in getting involved and volunteering and helping people with disabilities,” O’Connell said. “Best Buddies’ goal is to be inclusive of everyone and form a community where everyone feels welcomed and supported and they can stay true to who they are and not feel judged.”

O’Connell’s favorite memory at Best Buddies was the scavenger hunt with their buddies. O’Connell noticed there were lots of laughs.

There are a few ways to get involved with Best Buddies. The club hosts trivia games, kickball and talent shows. Individual members of the club can plan activities one-on-one with their buddies to do whatever the pair wants to spend time together. But, pairs can also team up to create a “buddy family,” where multiple people meet and hang out with their buddies once or twice a month to do activities as a smaller group.

Gracie Berentson, a junior in the College of Health Sciences and the co-president of Best Buddies, like others, wanted to get involved right away.

“I’ve worked with kids with disabilities since I was 16, and I always loved that. I wanted to get involved in Best Buddies, but we didn’t have it in high school, so it was the first thing I signed up for here,” Berentson said.

Berentson’s favorite memory was the first event of last semester.

“We were doing outside kickball then went into Cudahy to play more games. I was afraid it wouldn’t go well, then my buddy showed up and my friends came and supported me. It was so cool to see how I was giving these individuals an opportunity to make friendships,” Berentson said.

O’Connell also encourages others to join the community.

“It’s a very low commitment thing to join and it’s not strict if you have to miss an event. It’s what you put into it, and you’ll always get something out of it. It also brings you back to what really matters and what’s important and that’s feeling included. Don’t be afraid to sign up and step out of your comfort zone,” O’Connell said.

Richard Garza has been involved in Best Buddies at his high school since he was 16, then joined the club here at Marquette. His buddy family is with Berentson, O’Connell and Bursick.

“My favorite memory is hanging out at the Marcus Majestic theatre to go see the ‘Clifford the Big Red Dog’ movie,” Garza said. Garza’s favorite thing about the club is his three best buddies.

This story was written by Jolan Kruse. She can be reached at jolan.kruse@marquette.edu.