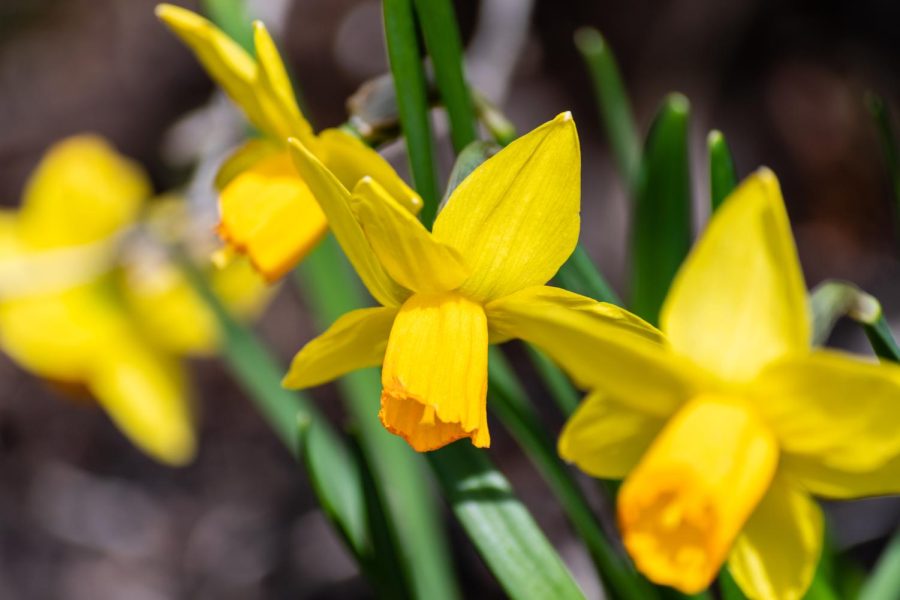 Marquette has earned the 'bronze' designation from STARS

“We’re running out of time to realistically make the reductions necessary to avoid the worst impacts and we need to act now,” Paul Mathewson, staff scientist for Clean Wisconsin, said.

“I think this report is the clearest warning yet that we are at a crossroads,” Mathewson said. “Climate scientists have been warning about this for years and the longer we delay, the harder it is going to be to limit warming to a level that avoids the worst impacts.”

The report said that average annual greenhouse gas emissions from 2010-2019 was the highest in human history, but the rate of growth has slowed.

Mathewson said we’ve made some progress in reducing greenhouse gas emissions but not enough.

“If we’re going to avoid the worst impacts of climate change and limit warming to less than 3.6 degrees Fahrenheit then we need immediate and substantial reductions in greenhouse gas emissions,” Mathewson said.

“Every single aspect of the report is concerning,” Chelsea Malacara, Marquette’s sustainability & energy management coordinator, said. “It revealed that even if all emissions ceased today, we will still be experiencing the negative impacts of a rapidly warming planet for the next 30 plus years.”

The report said reducing greenhouse gas emissions across the full energy sector will require major transitions. It suggests a substantial reduction in overall fossil fuel use, the deployment of low-emission energy sources, switching to alternative energy carriers and energy efficiency and conservation.

The IPCC said there are options in every sector to halve emissions by 2030. Cities and other urban areas, like Milwaukee, offer significant opportunities for emissions reductions, such as better urban planning, introducing electrification and providing more green spaces.

Marquette Board of Trustees approved an updated investment policy March 24 for the university endowment with new socially responsible investing and sustainability language that strictly prohibits direct investments in public securities whose primary business is the exploration or extraction of fossil fuels.

“It was wonderful to hear that Marquette updated the endowment policy to prohibit any new direct investments in fossil fuels,” Miriam Schwabe, president of Students for an Environmentally Active Campus, co-founder of Fossil Free Marquette and a junior in the College of Arts & Sciences, said. “I think it would be wonderful if we continued in this transition through some direct changes on campus as well.”

“At a higher education institution, certainly the prioritization of climate action is needed at the leadership level, yet students, employees, alumni and donors not only have a voice in that. We are key to making our community climate resilient and sustainable,” Malacara said.

The 2022 report also found that Marquette had emitted 50,000 tons of carbon emissions for “imported” electric and thermal energy.

“Building a sustainable and thriving community is so much more than just recycling or reducing resources. It is about building a system that is resilient, equitable, just, healthy and ecologically thriving for all beings,” Malacara said. “When we all take personal responsibility for the role we play in building and contributing to that kind of system, that’s when the magic happens.”

“Marquette has a lot of work to do in terms of sustainability,” Schwabe said. “The STARS program offers wonderful ideas on how to create a sustainable campus in many areas, including in the dining halls, landscaping, dorms, curriculum and more. I would love to see Marquette take some more initiative in these areas.”