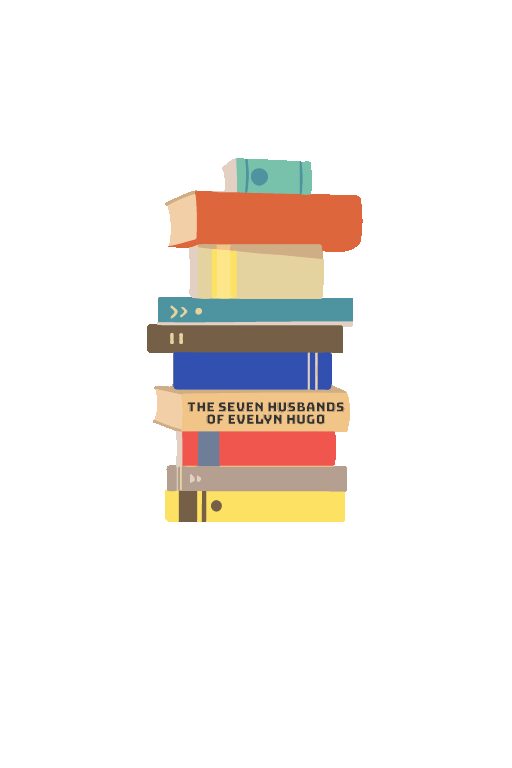 “The Seven Husbands of Evelyn Hugo” takes us through the life and career of aging Golden Age Hollywood starlet Evelyn Hugo and her well-publicized seven marriages. From her humble beginnings in 1950s Hell’s Kitchen, New York City to her retirement in the mid-1980s. Evelyn bares all those dirty little secrets to journalist Monique Grant. Monique is confused why Evelyn would tap her for this massive opportunity; she’s not a seasoned journalist with awards and name recognition, she’s a low-level reporter. Evelyn promises all will be revealed in due time but warns that Monique may not like the truth.

This captivating tale moves back and forth between Evelyn’s career and her meetings with Monique. It maintains the glitz and the glam of Hollywood by addressing the nature of Evelyn being a closeted queer Cuban American woman in 20th century America.

I’ll be the first to admit it – BookTok made me do it. I saw this book come up on my “For You Page” every time I was on TikTok, and after reading the synopsis, I knew I had to give it a read. And for once, BookTok did not lie to me! I read this and immediately fell in love with the plot and most of the characters.

Evelyn has a dream: to become famous. She’s willing to do anyone or anything to become a star. In fact, that was the point of her first husband; she married him because he would take her from New York to California. She says throughout the novel that she’s “not a good person,” but I don’t think that’s the case. I think she’s opportunistic and has a strong personality. I mean she’s a woman of color in 1950s Hollywood trying to make it big, I would do the same thing if I was in her shoes.

Each of her husbands are well written too. Usually it’s hard for authors to create characters with their own personality and idiosyncrasies, but Taylor Jenkins Reid doesn’t have this problem. Granted, maybe because Evelyn’s husbands have their own distinct sections instead of being in the whole novel, this helps Reid in crafting them.

Celia St. James is the opposite of Evelyn. She’s a carefree, Type B personality, and would prefer a happy life than a successful career. I found her endearing and sweet, but otherwise annoying. I felt she expected too much of Evelyn, granted Evelyn could learn to compromise and be a better friend, but Celia should have known what she was getting into.

I felt Monique was more of a literary device for the end of the novel for Hugo’s “big reveal.” I wasn’t really attached to her as I was to Evelyn and Celia. It doesn’t help that we don’t gleam a lot from her life other than that she was raised by single mother and is divorcing her husband. These events play such a small part of the novel that I viewed them more as nuisances.

I loved the plot, I thought it was very well written. It flowed naturally between Evelyn’s career, her meetings with Monique and the stories of her marriages. Reid did a great job of crafting a real and safe LGBTQ relationship between two women without bringing in the bigotry of the time. It was a novel about two women who fell in love, not broader society in general. There’s discussion of what being openly gay would entail during that time period, and while it is important, it was nice to not to be brought down by the hatefulness.

I give “The Seven Husbands of Evelyn Hugo” by Taylor Jenkins Reid five out of five stars.

This story was written by Alex Wagner. He can be reached at alex.wagner@marquette.edu.