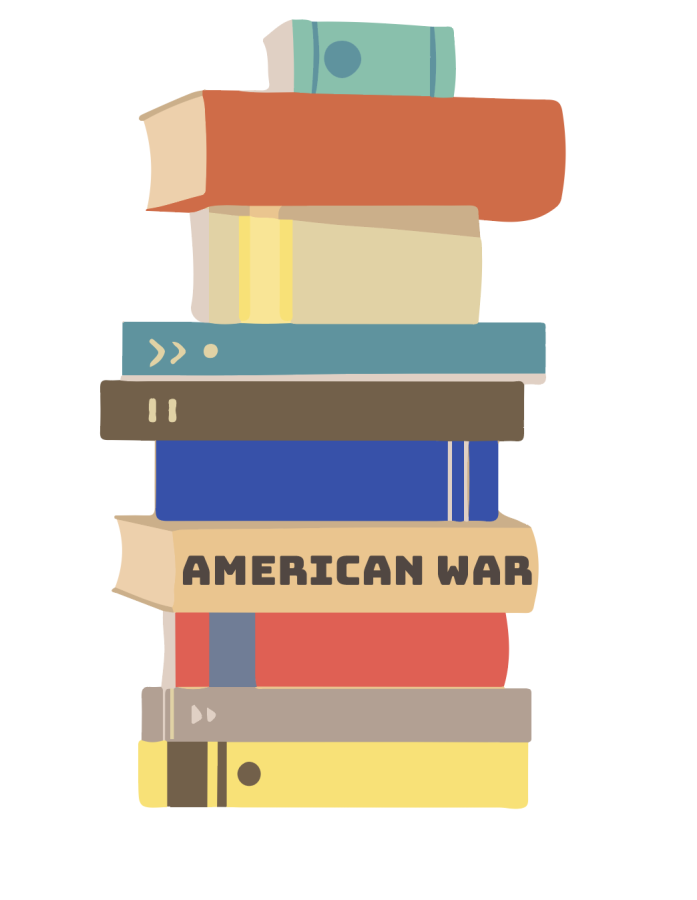 In honor of National Arab American Heritage Month I will be reviewing “American War” by Omar El Akkad. El Akkad has previously covered the Arab Spring in his birth country of Egypt and the war in Afghanistan.

“American War” follows Sarat Chestnut and her family as they try to find safety in a late 21st century America. Sarat, born in the remnants of Louisiana, is six when the Second American War breaks out. The war is fought over the prohibition of oil, with many southern states seceding to form The Free Southern State.

In an attempt to flee the encroaching ocean water and secure better economic opportunities, her father travels to Baton Rouge to get papers that will take them north. When her father fails to return home, it’s revealed that he was killed during a bombing at a federal office building. With no money or prospects, the Chestnuts head north to Camp Patience, a camp for displaced people on the Mississippi-Tennessee border.

In Patience, she befriends a charismatic old man of the gas powered days and his friend from the emerging superpower of the Bouazizi Empire in the Middle East. Both of whom have ulterior motives for the war-torn United States. As Sarat becomes increasingly radicalized, these two men provide her with the training and weapons she needs to seek revenge on the United States. A riveting and powerful narrative that starts from Sarat at 13 and continues until her mid-thirties, this novel is about fighting for the soul of a divided nation.

This book starts out with a map of the United States in 2075 and I love a good map. More books should have maps in my professional opinion. The background in this novel is top notch. The characters describe the events leading up to the war and current political situation and El Akkad intersperses fictional first hand documents about the United States and the world during this time. This attention to detail helps immerse the reader in the world building of the novel.

I was not a huge fan of Sarat. In fact I absolutely hated her, I couldn’t relate to her at all. I felt she was too pompous and dramatic. She felt wronged by the United States and had her childhood ripped away from her. She lost so much at such a formative time in an adolescence life. Instead of turning that anger into something positive, she feeds on the darkness within her, hurting innocent people in the process.

In defense of Sarat, she did grow up impoverished in a warzone. If I went through a fraction of what she went through in this novel, I would probably be just as vengeful as her. In an interview with “The Guardian,” by the end of the novel El Akkad hopes that, “you’re not on her side, you don’t support her, you’re not willing to apologize for her – but you understand how she got to the place where she is.”

The plot and dialogue were dry overall and I really found myself struggling to read this book. Its true saving graces are the map at the beginning of the novel and the details that make this future seem real. It’s a book to make you think, and it can be hard to visualize as an American in 2022. In this novel, there seems to be no real enemy, both sides are equally to blame and fatigued as the war stalls. The ideals of what it means to be an American have vanished into abstraction. There’s no mention of the Founding Fathers, the Constitution or race (Sarat is a person of color), which would most likely accompany a civil war today.

This book is not an easy read, and its appearance will deceive you as it is not a thick book. If you read to escape our current reality, maybe steer clear of this novel, but if you are interested in politics, climate change, dystopian novels, this may be the book for you.

I give “American War” by Omar El Akkad three out of five stars.

This review was written by Alex Wagner. He can be reached at alex.wagner@marquette.edu.