Safety a concern among students 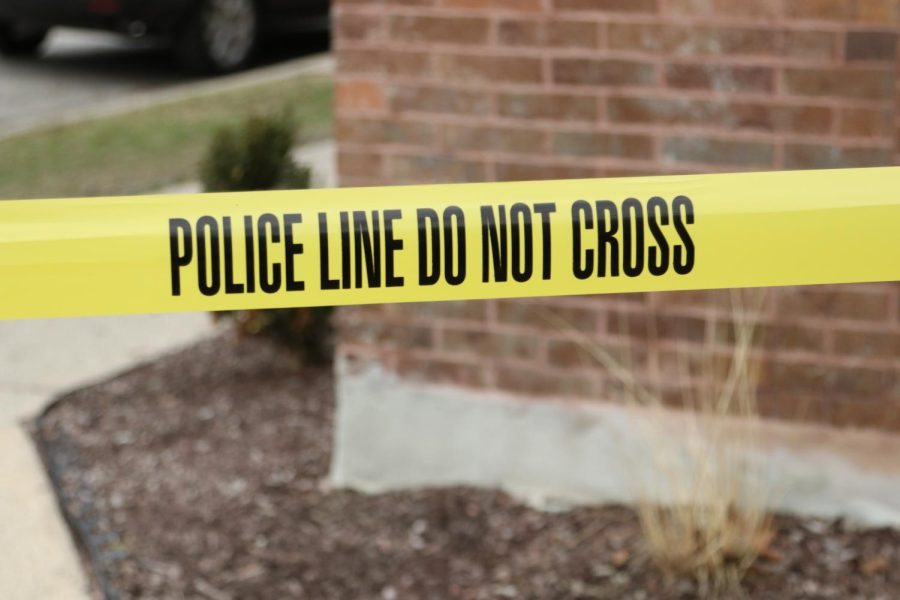 “In terms of safety on campus, I never felt the safest but now I don’t feel safe at all,” Nora Murphy, a junior in the College of Health Sciences, said. “I’m terrified to walk anywhere alone, get out of my car alone, walk around with AirPods in or with my phone in my hand, even in the middle of the day.”

Marquette University President Michael Lovell announced the creation of the President’s Task Force on Community Safety Feb. 8 to address safety and security on campus and in the community.

SAFETY ALERT Shooting reported near 1500 block of Kilbourn. More details will be sent to your MU email when available.

“When it happened, I was like ‘those sounded like gunshots going off literally right next to me’ but also told myself there was no way, it was 11:56 a.m. on a Saturday,” Elizabeth Jonas, a senior in the College of Nursing, said.

The armed robbery occurred on 17th Street and Kilbourn Avenue when a suspect approached a Marquette student, displayed a weapon and demanded property.

“I am still kind of shook up about it since it happened right next to me and I was seconds away from seeing it firsthand,” Jonas said. “I have been pretty close to gunshots and shootings before, but never within hundreds of feet.”

On 15th Street and Kilbourn Avenue, the same suspect discharged a weapon and injured a non-Marquette affiliated individual.

“I looked out my window and saw a guy limping. By the time I got up to look outside, the shooter was gone,” Murphy said. “A few moments later, MUPD, the Milwaukee Police Department, a firetruck and an ambulance showed up. They blocked off the street for a few hours and MPD stuck around.”

Brian Gertsberg, a first-year student in the College of Business Administration, said what happened on campus over the weekend was not out of the ordinary.

“There have been many safety alerts and reports of armed robberies on campus and off campus. I personally have had a gun aimed at me and a friend late Friday nearby Straz. We, of course, reported it to MUPD but there was no report sent out to emails later. It makes me concerned how many reports are being conducted but aren’t sent out to students,” Gertsberg said.

A March 27 MUPD report said four non-Marquette affiliated individuals shot an airsoft gun at a Marquette student in the 700 block of North 17th Street. The four subjects were taken into custody and cited, however MUPD never issued a safety alert regarding the incident.

“I’ve seen more crimes take place on campus than last semester, which makes me concerned of what the future holds for Marquette,” Gertsberg said.

Sophia Trozzolo, a sophomore in the College of Education, said she noticed a strange transaction on her credit card March 26 after previously using it at the 7-Eleven.

“Discover gives you the location of where the transaction was, so I looked up the address and it was in a part of Milwaukee I’d never been in. So I immediately froze my account and then Googled the merchant name. It was PBC Milwaukee and when I looked it up, there were results saying it was a common scam charge merchant,” Trozzolo said.

MUPD said the device is believed to have been in place for approximately six weeks.

“Honestly the whole situation really puts me on edge,” Trozzolo said. “The 7-Eleven is pretty much on campus and I would’ve never thought anywhere on campus could be a reason I would get scammed. It’s scary to think that someone was able to put the skimmer in place and have it be there for so long without anyone noticing. Now I’m really anxious about using any card anywhere on campus.”

Lovell issued a statement in response to the weekend’s events March 28 and said as a father and as the university president, he is taking campus safety seriously.

“Several [crimes] involved our students, and we are providing wraparound support services to help them heal from their trauma and offering our prayers and support for all victims of senseless crimes across our city and country. At the same time, we are committed to taking swift action to help prevent future incidents,” Lovell said in a statement.

Lovell also said in the statement that the President’s Task Force on Community Safety met March 28 to provide actionable, near-term recommendations that Marquette will implement to improve safety and security on campus.

“I understand we’re an urban campus but we should also feel safe enough to walk to class or home from the library and safe enough to purchase snacks and groceries from stores on campus,” Trozzolo said.

In the past seven days, there were 36 incidents reported to MUPD, compared to 16 reported the week prior.

“Unless something gets done, it’s likely that it would get worse and worse as more attackers realize how easy it is to attract victims,” Gertsberg said.