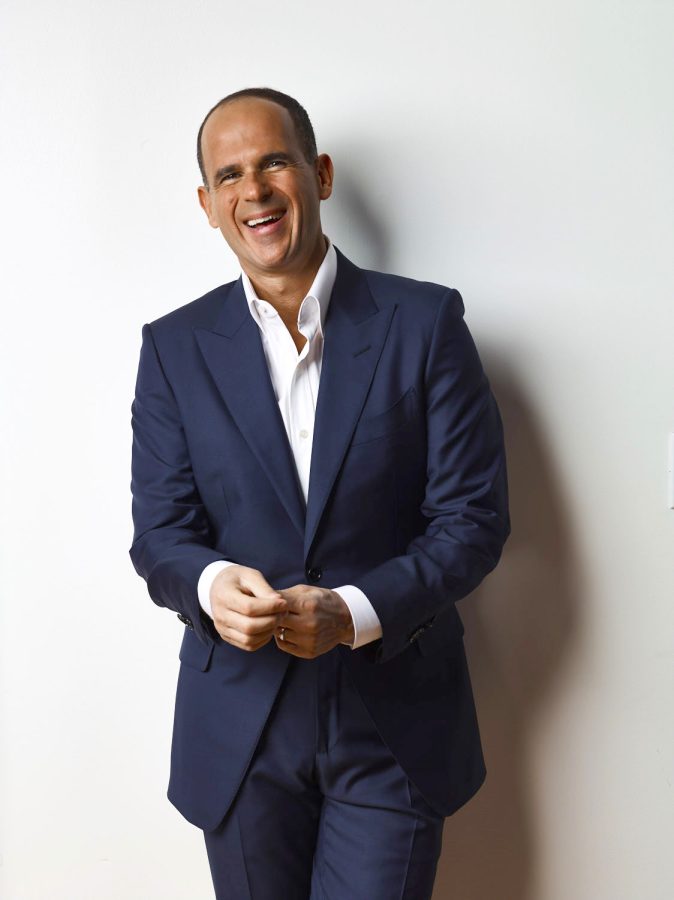 Marquette Class of 1995 alumnus Marcus Lemonis is the star of HGTV’s The Renovator, CNBC’s The Profit and chairman and CEO of Camping World. (Photo courtesy of Marquette University.)

The Lemonis Center for Student Success will provide services for students across all majors, academic abilities, and backgrounds to enrich and expand student opportunities.

“It is always important for Bobbi and me to create a clear path to success for every individual, no matter where they are from or what they are studying,” Lemonis said in a statement. “As an alumnus who got the most out of my experience, it was paramount for me to highlight the things that worked and to strengthen the things that could get better. This initial gift is the start of building the road for others.”

Lemonis, the chairman and CEO of Camping World, graduated from the College of Arts & Sciences in 1995. Additionally, he was a four-year member of the Track & Field team.

Last year during his Presidential Address, Lovell said the university’s new Student Success Initiative as a top strategic priority of his.

The Lemonis’ gift helps “enhance and scale Marquette’s efforts to drive this priority forward in the most visible way possible.”

In acknowledgment of the Lemonis’ gift, the university will rename Memorial Library to the Lemonis Center for Student Success.

“It will help all students succeed and thrive on campus,” Lovell said in a statement. “We are incredibly grateful to Marcus and Bobbi for their leadership and passion to help Marquette become a national leader and rise in new and innovative ways.”

Provost Kimo Ah Yun said the center will bring a “sense of belonging” to students when entering.

“We are sincerely grateful for this generous gift from Marcus, which will dramatically elevate the student experience,” Ah Yun said in the statement. “The Lemonis Center for Student Success will be a major step forward to help ensure that all students thrive beyond initial access and scholarship support.”

Ah Yun highlighted the importance of continually improving graduation and retention rates, as well as the potential to reduce costs for students.

“We now have an opportunity to take a lead role in significantly lowering student debt by reducing the time it takes students to graduate,” Ah Yun said in the statement . “Our Student Success Initiative is shining a light on ways to substantially improve retention and graduation rates. The support services housed in the Lemonis Center will elevate those initiatives.”

Earlier this week Lemonis, star of HGTV’s The Renovator and CNBC’s The Profit, announced a $5 million challenge on Twitter to encourage others to give to “join the student success movement.”

I’ve been so inspired by the response to the #MUgamechanger challenge that I’ve decided to raise the stakes.

Today, I’m launching the #LemonisGameChanger challenge. I’ll match every dollar up to $5M, donated in honor of your MU game changer. @MarquetteUhttps://t.co/f5x4JP34t4 pic.twitter.com/Go2thJnx8K

Last week the university introduced its “Marquette Gamechanger” campaign, which asks alumni and those in the Marquette community to share on social media about an individual who helped them succeed at Marquette.

Lovell mentioned in addition to the Lemonis’ $15 million donation, the additional $5 million will “fund the “transformational facility upgrade that will drive Marquette to fully reimagine student success into a physical space that will serve as a new home for comprehensive support services.”

This story is developing