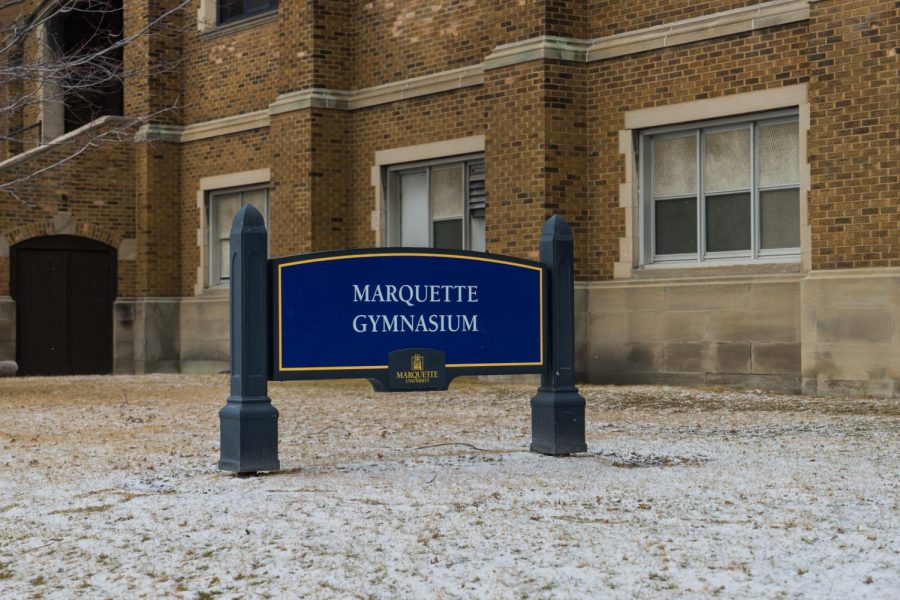 On Monday and Thursday nights the Marquette gymnasium is filled with athletes practicing Brazilian jiujitsu. Twice a week the club meets to teach and practice the combat style.

Brazilian jiujitsu is a fighting style derived from Japanese judo and Japanese jujutsu which focuses on ground fighting and grappling. This martial art is meant to help people defend themselves when attacked by greater adversaries.

Recently, the Marquette Brazilian Jiu-Jitsu club worked in collaboration with the charity Tap Cancer Out, and they managed to fundraise a total of $1,738 for cancer research. The competitors began gathering donations weeks before the tournament and continued to accept them until the day of the tournament.

“All the fundraising money comes prior to the actual competition day,” Jimmy Chen, a senior in the College of Arts & Sciences, said. “It comes from just us as individual competitors, just reaching out to people.”

Tap Cancer Out is a 501(c)(3) nonprofit organization that fundraises money for cancer research through jiu-jitsu competitions that they hold in various cities across the nation. Since their start in 2011, Tap Cancer Out has donated over $2,250,000 to various organizations including Alex’s Lemonade Stand, the American Cancer Society, Breast Cancer Society and more.

Tap Cancer Out organizes their tournaments as a round-robin style for the kids, juniors and teens divisions, but the adult category is single elimination only. The competitors go up against a range of opponents and battle until they lose and are knocked out of the competition.

At the end of the tournament the four competitors, including Chen, all managed to place within the top 5 in their categories.

The Brazilian Jiu-Jitsu club started a few years ago and came under the direction of Coach Chris Martin. Coach Martin is a 2001 Marquette alum that began coaching the team, he said, as a way to give back to his university. He began his career in jiu-jitsu to get back into shape but it then became much more than that. Additionally, Coach Martin co-owns the company Nova Gyms, a martial arts gym in the Oak Creek area. The gym also sends out coaches to teach the Marquette Jiu-Jitsu club.

Coach Martin wants to inspire the team and give them the same experience he had with the sport. Not only does it help the individual but it allows the group to grow as a whole and learn about themselves.

“What I believe is different … is that it’s a team thing, you’re not just there for yourself,” Coach Martin said. “You have all these people around you and they’re all there to help support you and help you get better and helping to push you, so you build this comradery.”

Recently the group has been growing in popularity and is gaining members. The executive board of the club spreads their information to get into contact with those who might be interested by attending events such as O-Fest.

Chen explained how they had around 30 people sign up to join the club this year. He also mentioned how each practice averages around 20 participants.

The members range from having years of experience to beginners. Matt Dupasquier, a senior in the College of Engineering, is returning for his third year with the club and he placed 4th in his category at the tournament. The path to 4th was full of pitfalls and losses, but those ultimately made him better.

“You have to keep losing until you realize your mistakes and keep moving up,” Dupasquier said. “I didn’t realize how much progress I had made until this year when we started back up.”

Coach Martin and the executive board were pleased with their showing at the Tap Cancer Out competition, and they plan to compete more, such as the tournament held by Grappling Industries. They also plan on hosting scrimmages against other groups in the area.

Overall, the club is dedicated to their work and their sport. They form hardworking team with a passionate spirit. To stay up to date with the BJJ club’s season you can follow them on Instagram, @Marquette_BJJ.

This story was written by Izzy Fonfara Drewel. She can be reached at isabella.fonfaradrewel@marquette.edu.