EDITORIAL: MU community should include student-athletes 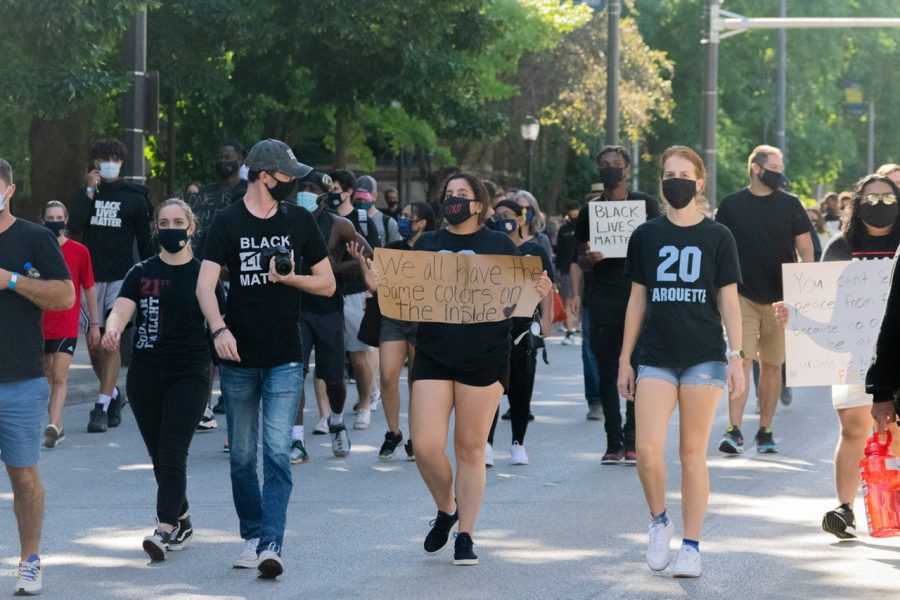 While student-athletes are often known around Marquette University’s campus for playing on the field or court, they are still students first. The Marquette community must work to change the campus culture and create a more inclusive environment for student-athletes in the student body.

The culture of sports often calls for athletes to spend a lot of time with their teammates, whether that is living together, eating together or spending time together outside of practice and games.

While spending the majority of time together can improve team chemistry, students, faculty and staff should work to make sure student-athletes feel they can be part of the Marquette community beyond playing sports.

Students can work to break down the barriers with student-athletes by making efforts to talk to them in classrooms and on campus, as well as inviting them to participate in or join student organizations. Students can also attend outreach events hosted around Marquette.

While hosting these types of events work to bridge gaps between student-athletes and student ticket holders, there should also be efforts to engage students who are non-ticket holders as well.

An example of this was the 5K fun run hosted by student-athletes in November to support University President Michael Lovell through his diagnosis with sarcoma. Another example was when the head coaches of the men’s basketball team and the women’s basketball team, Shaka Smart and Megan Duffy joined Lovell and Sendik’s Fresh2Go owner Ted Balistreri to hand out donated breakfasts to students on the first day of classes for the fall 2021 semester.

A couple other examples of more engagement with nonstudent-athletes were the block party hosted by Marquette University Athletics in July, and the Rally the Valley event hosted by the Marquette men’s lacrosse team in April 2019.

Hosting more events like this can not only increase the visibility of student-athletes and coaches on campus, but it can also create more opportunities for engagement with other members of the Marquette community.

Another way to engage Marquette students with student-athletes is through outreach with the Milwaukee community.

The Marquette men’s basketball team also hosted a Haunted Hoops event this October, where they played an intersquad scrimmage in front of fans who could also participate in a costume contest and trick or treat. The men’s basketball team also went to the Salvation Army in Waukesha last month to help prepare and serve dinner on Thanksgiving, and donated gifts to the team’s adopted class at St. Catherine’s School.

An example of this occurred last September, when Marquette student-athletes joined students, coaches, faculty and staff in a march for social inequality and injustice from the Athletic and Human Performance Research Center to Valley Fields.

While progress has been made, there is a clear divide between student-athletes and nonstudent-athletes on Marquette’s campus. This gap can be bridged if all students, faculty and staff make intentional efforts to engage across campus and the Milwaukee community.