CADY: Be mindful of eating disorders during holidays 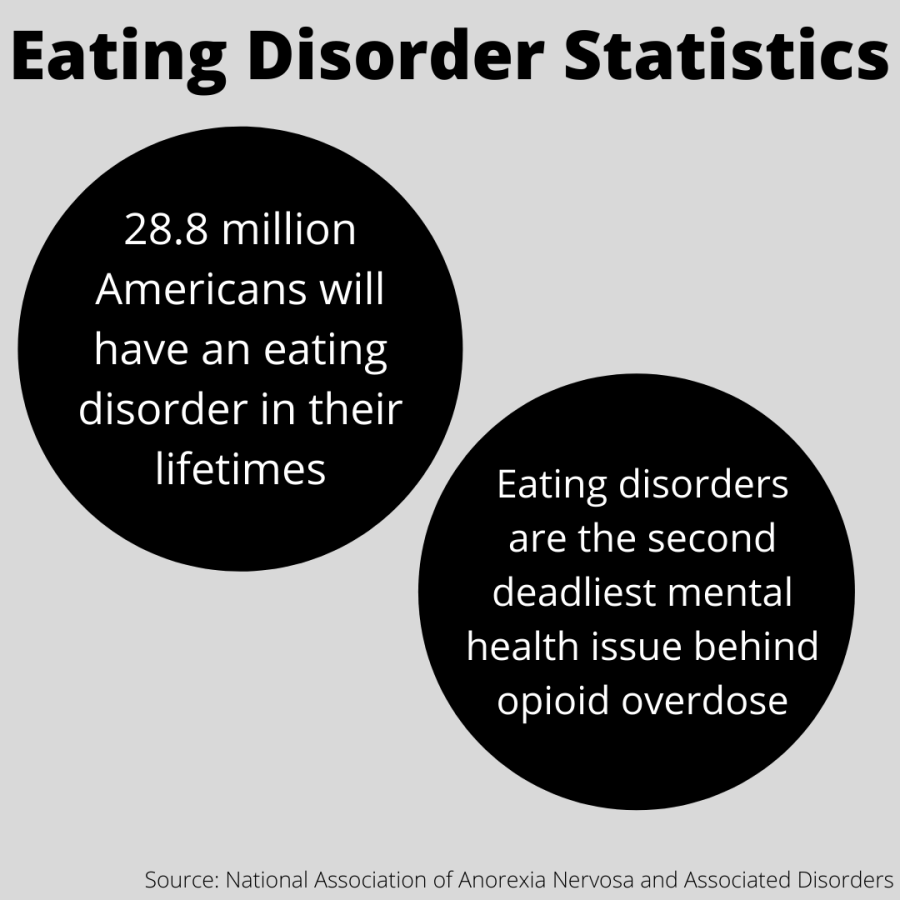 Gathering, cooking and connecting with family through food is often a way to spend quality time together during the holiday season in America. For Americans who struggle with eating disorders, however, it may be difficult, especially in a country that often emphasizes overindulgence.

Approximately 28.8 million Americans struggle with eating disorders in their lifetimes. For many people who endure struggles with eating, the holidays can be a very triggering and difficult time. Between holidays that have become centered around food and inherent pressure from family, it is important that people are more mindful of how people could be struggling with their eating disorders and not make comments about body image or the amount someone is eating.

According to the National Association of Anorexia Nervosa and Associated Disorders, second to opioid addictions, eating disorders are among the most deadly mental illnesses. Sometimes it can be difficult to detect eating disorders because someone with an eating disorder may not be technically underweight; and it can be even more difficult to acknowledge them because loved ones may not know what to say or do, but there are some notable warning signs.

According to the Mayo Clinic, somebody who struggles with anorexia nervosa may experience dizziness, insomnia and develop a fear of gaining weight. Other common eating disorders include bulimia, binge eating disorder and rumination disorder. Rumination disorder is a condition where a person will spit up undigested food and either swallow it or spit it out again. These eating disorders can include purging behaviors, eating large amounts of food rapidly and restricting one’s food intake.

It has become normal to fixate on eating large amounts of food during the holiday season. Food plays a central role in holidays, such as Thanksgiving or Christmas; this can be troublesome for an individual with anorexia who wants to restrict how much they eat and can also be difficult for an individual with binge eating disorder and can result in feelings of guilt or shame.

Families often gather during the holiday season. Sometimes, the family presence itself can be difficult for people who struggle with eating. Simple comments from family regarding their weight or mentioning how much or little they are eating can really cause negative effects on the psyche of people with eating disorders.

Especially for women and girls, there is a lot of emphasis on physical appearance, and thinness has been a long-standing symbol of attractiveness; because of this, it is easy to take what may seem to be innocent comments to heart because we are so fixated on our body image.

On top of this, sometimes the people enduring the eating disorder are careful not to worry their family.

“I hated holidays when I was in my eating disorder. I felt like I was in a minefield of panic,” Robyn Cruze and Espra Andrus, writers for the National Eating Disorder Association blog, said in 2017. “I would tiptoe through the eating disorder detonators only to have to deal with a worried family.”

People must be mindful of what they say about eating habits during the holidays. If people know others who have eating disorders they should strive for empathy and refrain from making comments about what they eat.

There is a common phrase that says “be kind, you never know what someone else is going through,” and that is especially true for those who struggle with mental illness. Eating disorders are not a choice, they are not selfish or for attention, they are nothing other than a mental health issue that millions of people face every day.

Nobody deserves to live in the fear of food, fear of their bodies or the fear of a lack of control; but the reality is, many people do. Many people endure eating disorders in silence and that silence does not lessen the severity of their struggle. If there is one thing we should all keep in mind, it is that we are better off erring on the side of being considerate than putting somebody in an uncomfortable situation that may trigger them or their disorder.

It is important that people consider what they say to someone about their body image or how much food they are eating, especially during the holidays, because it could be very harmful regardless of the intention. In order for us to be sensitive to other people’s struggles, we must always have empathy.