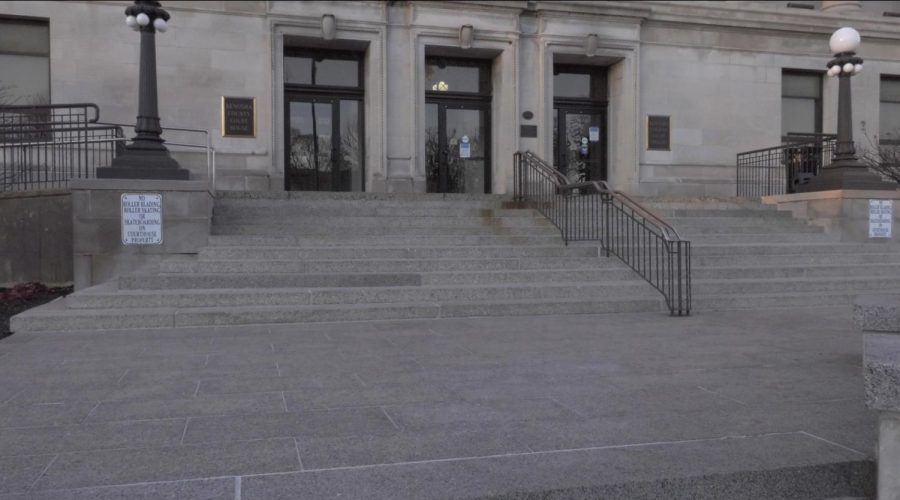 The trial was held at the Kenosha county courthouse

As the trial deciding the fate of Kyle Rittenhouse comes to an end, Marquette students, being a mere 39 miles and less than an hour drive away from the Kenosha county courthouse, where the trial took place, present their thoughts on the verdict and the workings of the legal system.

Rittenhouse traveled to Kenosha, Wisconsin Aug. 25 of 2020, from his home in Antioch, Illinois, with a loaded AR-15 style rifle, claiming to be present to defend businesses from Black Lives Matter protestors after the shooting of Jacob Blake.

While in Kenosha, Rittenhouse fatally shot two people and wounded a third.

Marquette has released a statement on the issue, stating that the institution “acknowledges the jury’s not guilty findings in the state’s case against Kyle Rittenhouse in Kenosha, and also recognizes that this decision is painful to some members of our community.”

Although the jury came to a conclusion on Rittenhouse’s charges, and Marquette released a statement on the matter, Marquette’s campus rings with many different beliefs and opinions on what should have been done.

From debates regarding self-defense and vigilantism to worries about racial equity in the justice system and gun control, there are several concerns the case has presented for students on Marquette’s campus.

“Yes I am satisfied with (the verdict),” Olman Chaheine, a board member for the Young Republicans and a sophomore in the College of Business Administration, said in an email.

Chaheine said that he believes that Rittenhouse was acting in self-defense and that any verdict that insinuated otherwise would be unfair.

“I think the verdict is an example of how justice can still prevail. From what I can gather regarding the case, I think the jury made the right decision of a not guilty verdict,” Chaheine said in an email.

However, other students seemed to take issue with aspects of how the trial was handled.

“While I have to stand by the ruling of the jury, I think this case poses a greater concern about normalizing vigilante behavior when we have a police force fully capable of protecting us. Stopping crime in America should never be the responsibility of some 17-year-old kid,” Robert Miller, former chair for the Young Democrats and Junior in the College of Arts & Sciences, said in an email.

Miller said that the case could inspire dangerous ideas in American youth.

“We should not be incentivizing this behavior in any way, shape, or form; nor do I want this case to send an inspirational message to other teenagers to see that his actions were righteous. Rittenhouse is no hero by any means. Those who serve our law enforcement or military are what we should be calling heroes,” Miller said in an email.

Race was also a factor in the understanding of the case for many students.

“I think it’s embarrassing but not surprising, the justice system gets away with things like this all the time when it comes to white people, and to be completely honest I expected him to get away home free because of him being white. Everyone knows that if he was a person of color, there wouldn’t be any opinion aside from the fact that he’d be labeled a murderer,” Natavia Jackson, a first-year in the College of Arts and & Sciences, said.

While Rittenhouse’s racial identity has been disputed, he is a white-passing male. Different Wisconsin state court records have listed his race as both Hispanic and Caucasian.

“The whole issue would never have happened if Rittenhouse decided to stay home during the night of unrest. I absolutely take no issue with him cleaning up graffiti during the day, but we need to let our law enforcement do their jobs,” Miller said.

This story was written by Clara Lebron. She can be reached clara.lebron@marquette.edu