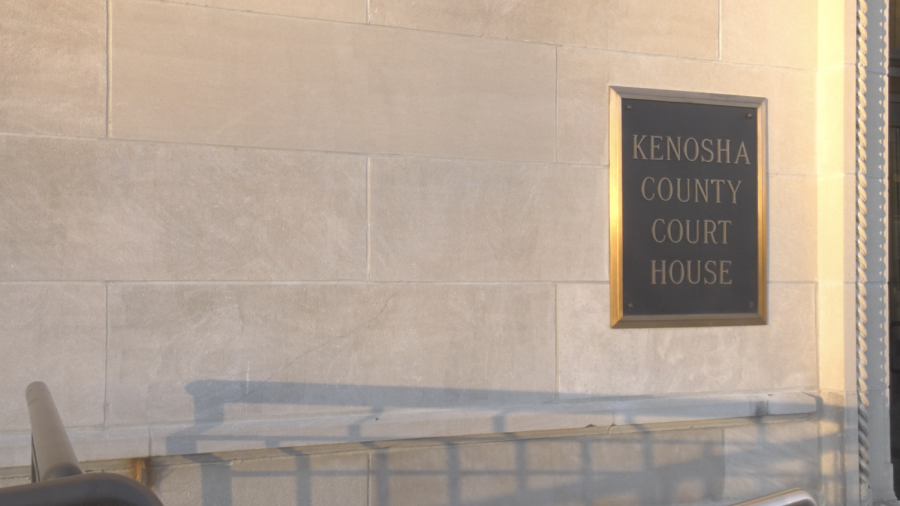 The trial was held at the Kenosha county courthouse

“It really is this perfect storm of a situation where all of these things that we as a country are taking sides over are involved,” Chad Oldfather, professor of law and associate dean for academic affairs at Marquette University, said. “You’ve got race, you’ve got guns, you’ve got protests. It made you feel like it was going to happen somewhere, it was just a question of where.”

“The criminal law is a human system and humans are not perfect creatures in any stretch of the imagination so we get flawed results sometimes or results we don’t like for various reasons,” Oldfather said.

The jury spent roughly 27 hours across three and a half days of deliberation before pronouncing Rittenhouse not guilty on all counts. The jury was also asked to consider lesser versions of several counts, but they ultimately didn’t.

“In this case, it’s impossible to tell whether the jury ruled against the prosecution on technical or legal grounds or whether the jurors were trying to signal some affirmative support or approval of Mr. Rittenhouse’s actions,” Michael O’Hear, professor of law at Marquette University, said.

Rittenhouse’s trial divided the American public over topics such as gun rights and violence at racial justice protests. On one side, many Republicans believed this trial to be a second amendment victory, while many Democrats believed it to be a miscarriage of justice.

“There were people on both sides who saw the case in very political terms,” O’Hear said.

At the center of the trial was the question of whether Rittenhouse was reasonable in his belief that shooting the three men was an act of self-defense.

“He actually believed that he was in fear for his life, and he testified to that,” Daniel Blinka, professor of law at Marquette University, said. “When that happens, the prosecution has the burden of negating self-defense beyond a reasonable doubt.”

Wisconsin’s self-defense law allows a person to claim self-defense if the incident meets these five elements of self-defense: the use of force must be proportionate to the force employed by the aggressor, the use of self-defense is limited to imminent harm, the person’s assessment of whether he is in imminent danger of death or serious bodily injury must be reasonable, a first aggressor cannot benefit from a self-defense justification and a person has a duty to retreat before using deadly force, according to the same self-defense statute.

The night of the Kenosha protest was documented through pictures and videos that gave the jury insight into the events from that night.

“From a legal standpoint, it was somewhat unusual in that there was a tremendous amount of video evidence so people could see very clearly what was happening when these shootings occurred,” O’Hear said.

Though prosecutors argued that Rittenhouse was responsible for creating those situations, Blinka said that the prosecution still struggled to prove Rittenhouse did not act in self-defense.

“When there are competing interpretations of the facts, it’s not surprising that the prosecution lost,” O’Hear said.

In a recent case in Georgia, three men chased down and killed Ahmaud Arbery while he was on a run Feb. 23, 2020 with the intention of making a citizen’s arrest after believing he was involved in a break-in in the neighborhood.

The men claimed they acted in self-defense, like Rittenhouse, however the three men were found guilty on multiple murder counts, as well as charges of aggravated assault and false imprisonment.

The verdicts in favor of Rittenhouse and against the three men accused of killing Arbery have contributed to conversations regarding both vigilantism and self-defense laws in America.

“If anybody is looking for an explanation as to why there was an acquittal, it’s nothing to do with race or gender. It has to do with how we have applied our law of self-defense,” Blinka said.