6 Native American Artists You Should Listen to Right Now 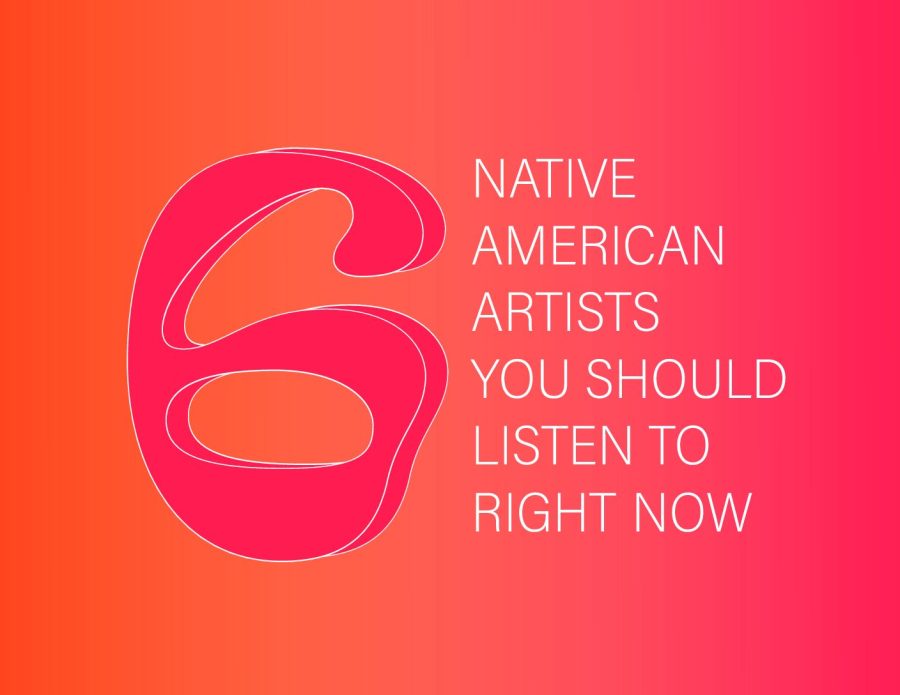 In honor of November being Native American Heritage Month, Marquette University Radio has compiled a list of six Native artists you can listen to right now to diversify your music rotation and celebrate Native artists. Check out MUR’s playlist which highlights these artists and more.

Redbone – Founded in 1969 in California by Candido “Lolly” and Patrick Vegas, the American rock and funk group is entirely comprised of Native American and Hispanic-identifying members. Allegedly, the group started because rock artist Jimi Hendrix told Lolly that he was “the best guitarist he had ever seen” and that they should start a band. The Vegas brothers descend from the Shoshone and Yaqui tribes. Lolly, unfortunately, passed away in 201o, but his brother Pat is currently seventy-five years old. Aside from the Vegas brothers, the band included members Tony Bellamy, who was Yaqui, and Peter DePoe who is Southern Cheyenne. DePoe was later replaced by Butch Rillera, who was Hispanic and Filipino. The group’s Native culture heavily influenced their music. The group made history with their song “13th Chant” as they were the opening act for the first-ever Earth Day April 22, 1970 in Philadelphia. The group was honored in the Native American Music Association Hall of Fame in 2008.

Songs to check out: “Come and Get Your Love,” “The Witch Queen of New Orleans” and “Chant: 13th Hour.”

Digging Roots – The Canadian-based multi-genre duo features Raven Kanatakta Polson-Lahache and wife Sho-Shona Kish. Digging Roots can be described as folk, pop, blues, and hip-hop group. Kanatakta is Anishinabe and Mohawk, and Kish is Anishinabe. In addition, the two are JUNO, a Canadian Music Award, winners. According to the group’s Spotify, they “have traveled the world with a joyful message of resistance, celebrating Anishinabe and Onkwehonwe traditions of round dance and interconnectedness interwoven with the bedrock sounds of blues, soul and rock n’ roll.”

Buffy Sainte-Marie – Sainte-Marie made her debut in 1964 as a Canadian-American singer-songwriter. Sainte-Marie was born on a Plains Cree First Nation reserve in Saskatchewan but was raised in Maine and Massachusetts. She descends from the Cree tribe, and a majority of her music is about Indigenous people and the persecution they face. Some of Sainte-Marie’s songs have been recorded by larger artists such as Cher, Elvis Presley and Barbra Streisand. Even at 80 years old, Sante-Marie is still making a name for herself in music and the Indigenous community.

Songs to check out: “Universal Soldier,” “Helpless” and “It’s My Way.”

Jimi Hendrix – Although he is arguably one of the most legendary guitarists in rock history, most fans may not know that Hendrix was Native American. Hendrix was African-American, European, Hispanic and Native American, as his grandmother descended from the Cherokee tribe. Hendrix supported other Native musicians like “Redbone.” Hendrix’s music greatly influenced the psychedelic-rock movement and goes down in rock history as one of the best electric guitarists of all time. He was inducted into the Rock and Roll Hall of Fame in 1992.

Songs to check out: “Purple Haze,” “Hey Joe” and “All Along the Watchtower.”

Nahko of Nahko and Medicine for the People – This six-member group is an American music group led by frontman Nahko Bear, who is a sixth-generation Apache. He was adopted by a white, Christian family and had to discover most of his heritage on his own. His name, Nahko, is a play on his middle name with means “Little Bear.” He began the group in 2008 and released their most recent album, “Take Your Power Back” in 2020. This album specifically deals with growth and the power of resilience. Nahko blends folk, rock and R&B sounds while also emphasizing social justice and activism in their sound. Nahko and the Medicine People would make a great addition to anyone’s Spotify queue.

Brooke Simpson – Simpson debuted on the thirteenth season of NBC’s “The Voice.” She is an American singer-songwriter and is a member of the Haliwa-Saponi tribe. She grew up attending powwows with her family. Simpson also was on “America’s Got Talent” in its sixteenth season. With strong vocals and well-crafted lyrics, Simpson is an up–and–coming artist to keep your eyes and ears out for.

This story was written by Reese Seberg. She can be reached at reese.seberg@marquette.edu.