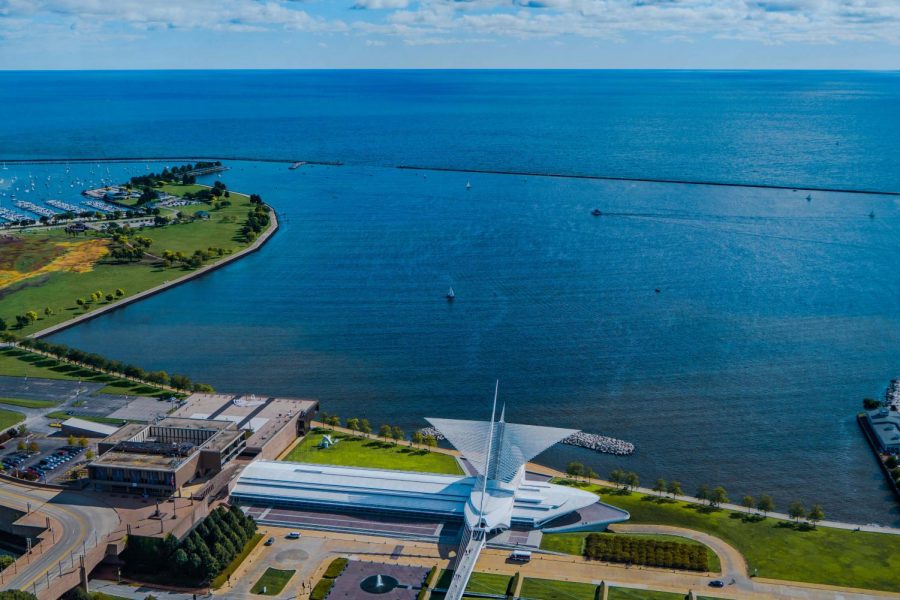 Marquette has officially adopted a land and water acknowledgement

Located along the southwest shores of the Michigami, at the intersection of the Milwaukee, Kinnikinnick and Menominee river sits the city of Milwaukee. The area that was once known to various nations is now currently a part of Marquette’s campus. Marquette’s new adopted Land and Water Acknowledgment aims to recognize that history.

“We are mindful that our campus and Milwaukee are the homelands and waters of the Menominee, Potawatomi, Ho-Chunk, Fox, Mascouten, Sauk and Ojibwe nations, who have known these lands and waters as relatives for millennia and whose descendants alongside many other tribal nation members remain our hosts,” University President Michael Lovell said when announcing the acknowledgement’s adoption.

The news of the adoption of the Land and Water Acknowledgement was received positively by some of the Indigenous students on campus. Clare Camblin, a junior in the College of Communication and member of the Osage Nation Eagle Clan, was one of those students.

“I texted my grandparents right away, it felt so good. I was very excited that they did that,” Camblin said.

The acknowledgment was officially adopted Oct. 7 and is available in both written and oral versions. It was developed with Indigenous student leadership, including the Native American Student Association and faculty advisors.

Some of the goals of the land and water acknowledgement are pay respect to elders of the past as well as continuing to develop good relations with sovereign Indigenous nations. Acknowledgements like these help to strengthen relationships between communities and develop a “condition of hospitality” for Indigenous students and community members.

Marquette’s council on Native American affairs was also involved in the development process. In addition to Lovell, the Land and Water Acknowledgement was approved by Provost and Executive Vice President of Academic Affairs Kimo Ah Yun.

“They pretty much told me they wouldn’t be opposed to this at all, actually this would be a great idea, so come back next meeting with a draft and we’ll see what we can do,” Alex Liberato, former President of the Native American student association, said.

Liberato was one of the students that worked with administration on the creation, and eventual adoption of the Land and Water Acknowledgement.

A group of student researchers and Bryan Rindfleisch, an associate professor of history, are working on a website that maps out the Milwaukee area and shows its Indigenous roots. They hope that these maps can offer a visual element to the university’s land and water acknowledgement.

“The map itself, I’m hoping the administration will see fit to add an addendum to the land and water acknowledgement by showing visually how you can actually see these places that we walk on: Zilber Hall, Juneau Park, the Milwaukee River, all these different places and how they have indigenous roots both in the past and in the present,” Rindfleisch said.

Camblin is also one of the student researchers helping Rindfleisch on the project.

“It was good to be able to learn about different Indigenous peoples that aren’t in my own tribe and that I didn’t know about. It was cool to see all the similarities and differences between each tribe and I grew a greater appreciation for my own heritage and Milwaukee in general,” Camblin said.

Additionally, the acknowledgment recognizes Wisconsin Sovereign nations and their tribal members in Milwaukee.

This story was written by Megan Woolard. She can be reached at [email protected]