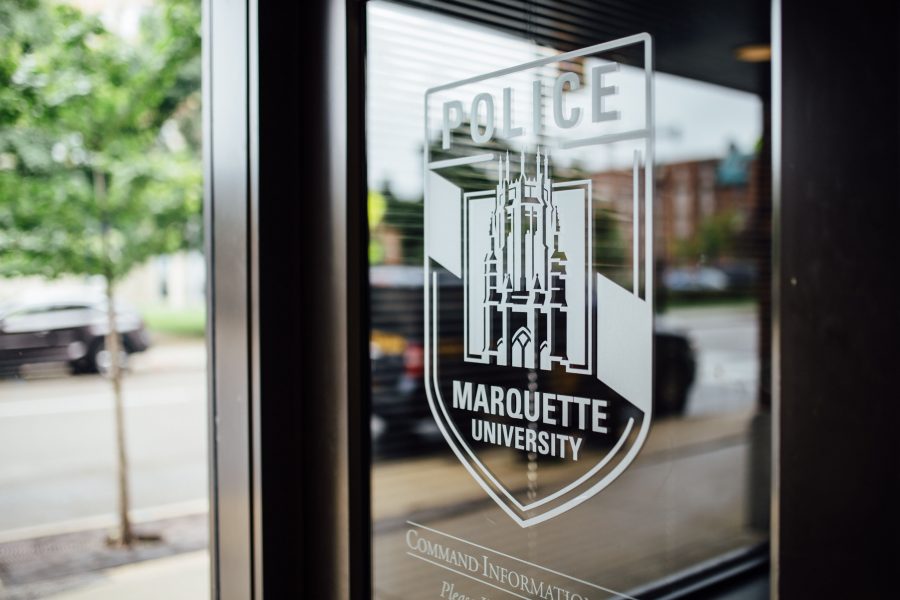 MUPD has responded to a recent trend of robberies on campus

Within the past week there have been three armed robberies around Marquette’s campus. As a result, many members of campus have said they feel unsafe and the Marquette University Police Department has taken additional measures to combat this recent trend of crime.

“I don’t really feel safe on campus at all right now. I had the MUPD number dialed and on my screen the whole walk back home from class, and I don’t feel comfortable leaving my apartment to even get groceries,” Savannah Alcala, a senior in the College of Health Sciences, said. “It sucks cause there’s so many fall activities that I want to do but I’m anxious to leave my apartment for anything but class.”

In response to the robberies, MUPD police chief Edith Hudson issued a statement Friday, Oct. 15 detailing the ways that the campus police department is addressing this recent pattern of crime near campus areas.

“I want to assure you my team is working diligently to investigate the recent robberies on campus, and we are coordinating with the Milwaukee Police Department and other local law enforcement to apprehend the suspects,” Hudson said in the statement.

MUPD has made an effort to increase its presence on campus by adding additional patrols throughout the MUPD patrol zone, which includes all of campus and some of the surrounding neighborhoods. Officers have been working overtime shifts, particularly overnight. They have also created a “direct patrol mission” which means officers have been dedicated to the impacted areas.

“When the first notification for the attempted robbery came out, I wasn’t too worried, but since an actual robbery happened the same day I got really freaked out. I called my mom about it that day and since I work late at night I had my roommate stay up and walk me home since I park on the same street the first one happened on,” Alcala said.

Near 17th Street and Kilbourn Avenue are various apartment complexes where a number of students live.

There was another robbery in the 1800 block of Kilbourn Ave, but a safety alert was not issued.

Marvin Twombley, a first-year student in the College of Communication, witnessed the robbery that occurred near 18th street.

“Witnessing a robbery is a very different feeling you get compared to reading about one that happened near you in a report in an email, that’s for sure. It all kind of happened so fast and there was a lot of aggressive energy and yelling, hitting and other reckless actions,” Twombley said.

In addition, MUPD also began working with a countywide law enforcement group to compare information about the trends of robberies within the greater Milwaukee metropolitan area. Hudson said she empathizes with campus community members who may feel uncertain during this time.

“As a mother, I understand firsthand the concerns of our students’ families and the Marquette community regarding crime on campus. As a 25-year veteran of the Milwaukee Police Department, I also understand the complexities of creating a safe environment during a time when crime rates are up across the country,” Hudson said in the statement.

In terms of Milwaukee, the city has had a record year of violent crime as Milwaukee is on pace to exceed the recording-setting homicide numbers of last year. To stay safe on campus, MUPD has reminded the Marquette community of the safety features available for community

There are 450 Blue Light phones, which are phones that can contact the police at the touch of a button, at various locations around campus. Additionally, there is the EagleEye safety app which has features such as a mobile blue light, friend walk, a feature that allows students to share their location with friends in real time and a variety of other services.

“I just try my best to follow the basics, like walking in groups at night and keeping valuables away and keeping conversations with people on the street short and simple,” Twombley said.

The Marquette LIMO service is also available for students to use. Due to COVID-19, students are required to wear a mask and show their green daily COVID Cheq prior to entry.

“MUPD’s mission is to ensure a safe environment conducive to learning, living and working at Marquette. MUPD will remain vigilant and will continue to do everything possible to help address this recent trend in the region and ensure the safety of our community,” Hudson said in the statement.