“We had to wait over ten years”: Ablution stations added on campus 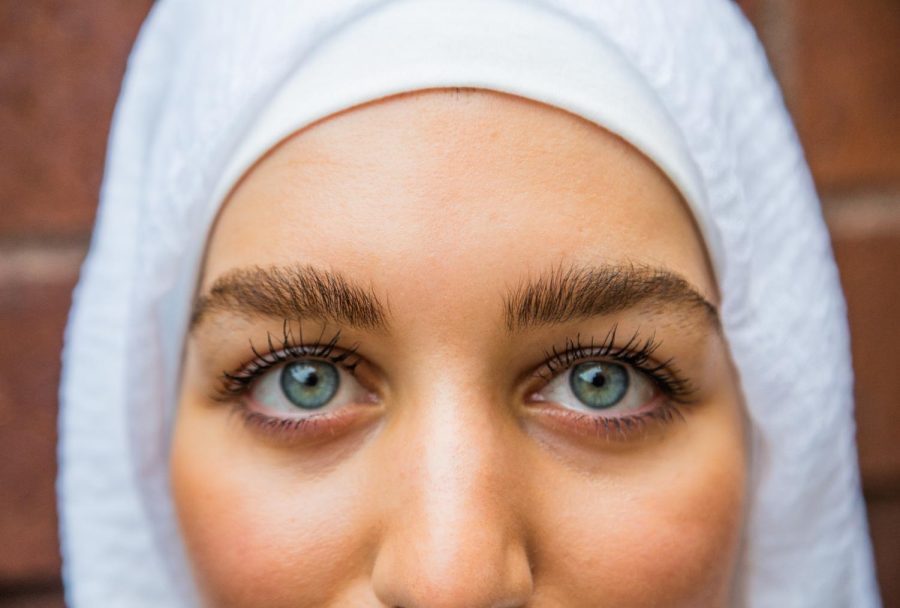 Dana Shaqwari, the current president of MSA reflects on the importance of ablution stations

Muslim students are establishing their presence and letting their voices be heard around campus. Part of that is to make sure their spiritual needs are met in prayer and practice.

Currently Campus Ministry is working on installing new ablution stations in the AMU right across from the prayer space in Campus Ministry. There will be two rooms added, which accommodates for men and women of the faith. At the moment, the stations are still under construction and Muslim Chaplain Sameer Ali said they will be completed in “due time.”

Callan-Farley described the construction as a “process.” Campus Ministry faced challenges with the supply chain issues because of the COVID-19 pandemic and had trouble reaching the higher-up administration on campus when so many other organizations had requests as well.

Ali is excited for the ablution stations to be added to accommodate Muslim students.

“It’s exciting for some changes and growth. The university is doing what they can to accommodate the needs of the Muslim students,” Ali said. “Everything has been going smooth with the design and plan. But it’s taking its own time to be constructed. That’s what we are waiting for right now.”

In 2019, Marquette University announced there was will be a new ablution station in The Commons for Muslim students. The facility is next to the interfaith room of the hall. Although The Commons’ ablution station is a step toward cultural inclusion, it isn’t practical.

Students living off campus didn’t have access to the previous facility or were unfamiliar with the space. But the largest problem was that it too far away from the Muslim Prayer Room in the Alumni Memorial Union where most students pray.

To combat the issue many students performed Wudu in the bathrooms of the Alumni Memorial Union before prayer. Mary Sue Callan-Farley, director of Campus Ministry, said that was unsafe and impractical.

“You had students washing themselves in the sink which wasn’t safe but also didn’t provide the privacy that was needed,” Callan-Farley said.

Ablution stations are used for religious ritual of Wudu. Wudu is the washing of hands, face, arms and feet before prayer. Muslims perform Wudu and prayer five times a day. Wudu is the first step apart of Salah (prayer) and has an importance all in it’s own, which is why it is sure to be done correctly.

Saad Khawari, a senior in the College of Health Sciences, described the ritual and its significance to prayer.

“Ablution is a source of ritual purity before we go and enter prayer,” Khawari said. “Wudu is we use water to purify ourselves and making the intention to pray to God/Allah.”

Ali signified the importance of how adding the ablution stations aids students to feel comfortable on campus.

“One of the policies of Marquette is the whole person is to be cared for and part of it is the spiritual side … this is a welcome change and addition. Now students can perform their religious obligations,” Ali said.

The Culturally Engaging Campus Environments model is based on decades of research and studies in higher education. The model talks about the importance of how student can achieve greater academic success and overall belonging when their cultural needs are met.

The CECE Model notes that the greater the extent to which institutions nurture for a culturally engaging campus environments, will allow their diverse student populations to thrive in their fields.

Dana Sharqawi, a junior in the College of Arts & Sciences and president of the MSA, said it’s a step in the right direction but there is still more that can be done.

“Thankfully it’s been going well [installing to ablution stations], but I talked to someone in campus ministry, and they said it has taken 10 years to get the stations added. We hope that in the efforts to expand the prayer room it doesn’t take as long,” Sharqawi said.

Sharqawi elaborated on how it has been a struggle to get a new prayer room but recognizes all the support she has received.

“The efforts have been slow to expand. I feel like we are in a slump. We have the support, we have over 700 signatures on our petition, and we have had a lot of staff contact us as well with support. But other than that, it hasn’t gone farther than we would like it,” Sharqawi said.

Khawari said the prayer room in the AMU is good but, it can only fit so many student. With a growing population of Muslim students the room can fill very quickly and make prayer room feel cramped.

“Whenever you go to pray at nighttime it’s just packed in that room. There is no where to put the shoes and they end up in the hallway. Sometimes we can even be loud because the door is open,” Khawari said.

Sharqawi goes into greater detail about the struggle and talks about how it is difficult to get into a religious mindset. It can be difficult clearing your thoughts for prayer when you have to worry about correctly washing or when people are in your personal space.

Ali addressed how the prayer space is used for more than just prayer. Saria Shammout, a first-year in the College of Arts & Sciences, frequently goes there to get his work done.

“It’s a nice space. It is also very quiet, so I am able to focus and get my work done. The window is also nice because I can look out and watch the world going on when I get too overloaded,” Shammout said.

While the ablution stations are a nice addition, Sharqawi hopes for more change in the near future when it comes to the new prayer space.

“We had to wait over ten years for these ablution stations. I am not willing to wait another ten to expand our prayer room. Marquette prides itself that their students are here to make a difference, and I plan on doing that. Help us expand our prayer room. Help us make our Muslim community feel comfortable here. Together, our voices will be heard,” Sharqawi said.

Currently there is a petition that can be signed online at on Change.org and for more information go to the Muslim Student Association website or contact Sharqawi at dana.sharqawi@marquette.edu herself on ways to help out.