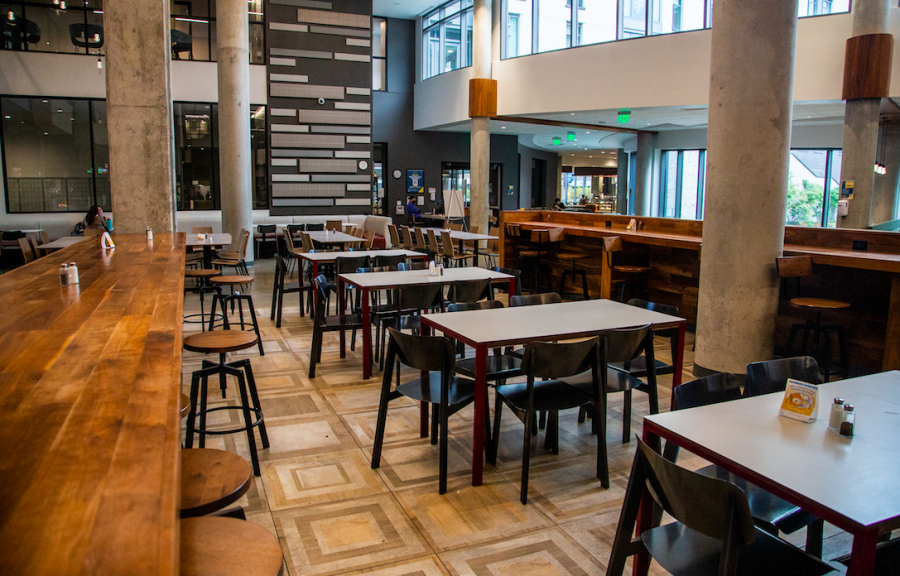 Marquette needs to allow students to access dining halls without a MUID. Our ability to access meals we’re paying for shouldn’t be inhibited by misplacing a piece of plastic.

I left my MUID at home in Chicago last week. It’s a simple mistake. It could really happen to anyone. Unfortunately, even with priority shipping from Chicago, it was expected to arrive in four days. I assumed I’d be able to access meal swipes from my MUID number, just as the desk attendants at our residence halls can check us in with just having the number.

When I tried to eat at The Commons, I was told that would be impossible, and that I needed to go to post office in the Alumni Memorial Union to get a new MUID for $25. Even though I had a perfectly good MUID at home, I went to the AMU the next morning and bought a new one.

One main issue with the restrictive MUID policy, is that the AMU Union Station hours are limited. Monday through Thursday, it is open until 5:30 p.m., and then 4:30 p.m. Fridays. It is closed Saturday and Sunday. So, if a student were to lose their MUID Friday night, they would not be able to get a new one until Monday morning.

For some students, paying $25 for a new MUID may not be a big deal. However, for other students, it is a problem. It is unfair to assume that spending $25 on a new MUID or wasting meal plan money isn’t an issue for some students. Even if a student is working and has money, $25 is around 2-3.5 hours of work considering Wisconsin’s minimum wage is $7.25. For students working on campus, where wages can range from $7.25 to $15 depending on the job and level of skill required, this is still a large price for a replacement.

The fact that an MUID replacement costs such a large sum at all is problematic. A high-quality ID machine costs around $2,000. The pay rate for a Union Station worker is $10 an hour. Just about 362 students or 0.03% of students a semester would need to go get a new MUID to get Marquette the money back they’ve spent on an ID maker and worker’s pay.

This equation assumes the machine was just purchased rather than an investment which has already made its money back, this statistic becomes even more infuriating. Marquette’s MUID policy is in place simply to milk more and more money out of students.

This is an effective way to control a noisy classroom (“we won’t do [fun activity] if you keep talking!”) or a rude child (“no T.V. if you keep poking your brother!”) However, unlike those examples, losing an ID is not something students intentionally do.

Those who commonly misplace things, such as neurodivergent people, will often blame themselves for these errors. Those with conditions like autism, ADHD or learning disabilities are labeled careless or stupid even though being inattentive or distracted is a natural part of their condition and a natural part of being human. Additionally, for young adults who are under 25 years old, who’s prefrontal cortex is not developed yet, executive functioning errors such as memory loss and impulsiveness can be common.

Some proponents of the MUID policy may say that students need to be prepared for the real world, in which losing an ID costs money. However, as a university, we must ask whether or not we wish to reproduce the unfair policies we see in society. If Marquette had a more forgiving MUID policy, students would be able to see how the United States’ identification system can be changed as well.

I reached out to the Office of Residence Life last week expressing my frustrations, and I have not received a reply.

Within the email, I highlighted a few potential ways to solve the issue. One idea I had was to replicate the QR code system Marquette uses with COVID Cheqs, which are required at dining halls already.

Our MUIDs contain chips that hold electronic data, which is then retrieved on the cashier computers. Students could access a one-time meal swipe by logging into their Marquette Card, which would send them a QR code to use at the dining halls. This could be limited to 12 or so temporary swipes a year to encourage students to remember their MUIDs but not punish them harshly, such as preventing them from eating in the dining halls. This way, students who lose their MUIDs receive a grace period of three or so days to search for their MUID or wait for it to be sent back to them.

Losing stuff is just a part of life. Especially for young adults whose brains are still developing, and who are under more stress than ever, a better MUID policy is necessary. Lowering costs for a replacement and allowing access to food even after students lose or misplace their MUIDs would show Marquette cares about students beyond what’s in their wallets.