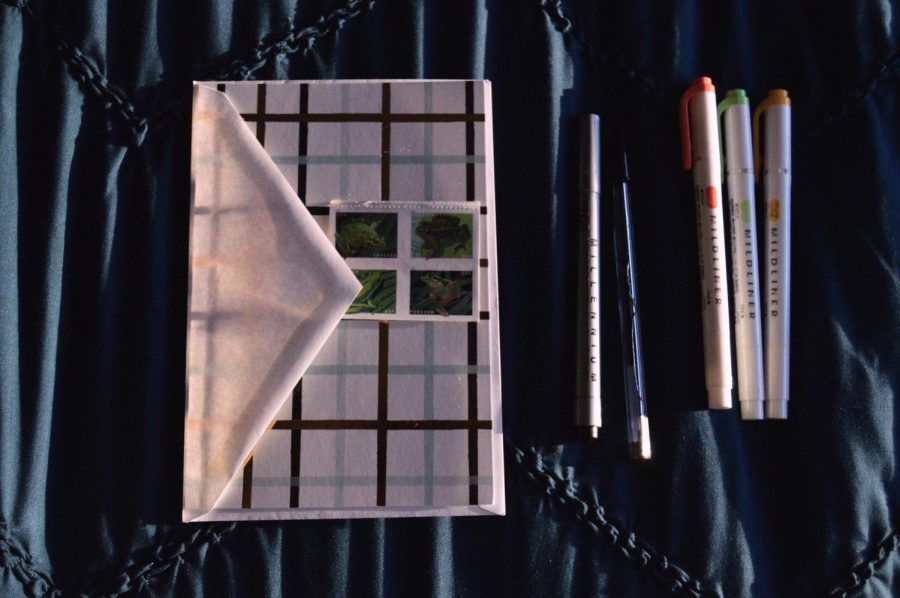 People found new ways to connect in a virtual world.

This story contains some editorial content in regard to the impacts of the COVID-19 pandemic.

While the world is heading toward what may be the light at the end of the coronavirus tunnel, there were times in 2020, and even more recently for some, when the thought of getting to hug a loved one again seemed like a pipe dream. For most, the only escape during long days in quarantine was in connections with family, friends and students — and even maintaining those connections could be hard at times.

But by finding new ways to interact, whether that be on Skype, creating bonds through food or discovering a new found family in the hallways of a university apartment building, the connections we had with each other were far from cut off. If anything, they were made stronger.

Ashley Bodi, a senior in the College of Art & Sciences, says she remembers when COVID-19 became real to her during her spring break vacation to Cancún, Mexico in March 2020. Marquette students had just received an email extending their one week vacation by one more, something that, at the time, made Bodi excited.

“I really didn’t think much of it at the time, if I’m being honest,” Bodi says. “We were all just happy to spend a little more time in Cancún.”

As the extended week came to an end, students and faculty received another email that the spring 2020 semester would resume entirely virtually, meaning students would not be able to return to campus, and the doors to Marquette University, much like the rest of the world, were closed until further notice.

“As I remember it, we got the news almost at the same time as students,” Leah Flack, chair of the English department at Marquette, says. “I think everyone’s first thought was about students: ‘How can we help them through this?’ ‘How can we continue to teach them?’ And when I look back on that, I am so proud of the faculty in [the English] department.”

For Jack Wall, a junior in the College of Engineering, the more difficult transition was finding a way to cope with the stress and the amount of time he spent at home.

“I took up running, mainly as a way to get outside and relieve stress that was building up from school,” Wall says. “I needed something to focus on so my mind wouldn’t wander.”

Sofia Neckopulos, a sophomore in the College of Arts & Sciences, says baking desserts and spending time with her family were stress relievers when the reality of the pandemic hit a little too close.

“I got to spend a lot of time with my immediate family because a lot of us (before quarantine) were busy with our activities, so it was nice just to be able to have that,” Neckopulos says. “I made a lot of chocolate stuff so my family was pretty happy about that.”

Neckopulos, a Class of 2020 senior in high school when the pandemic began, described the feeling of losing the end of the school year, senior prom and graduation as heartbreaking.

“I almost cried when (prom) was canceled,” Neckopulos says. “A drive-through parade was not enough.”

But during times when it seemed as though everything was falling apart, it was the people closest to us that kept us grounded throughout the pandemic. Even when Marquette students returned to campus for an almost entirely virtual 2020-21 school year, the relationships that had existed before grew even stronger.

“Skype calls with my friends gave me a break from everything,” Wall says of a time during the fall 2020 when his residence hall, Schroeder Hall, went into a two-week quarantine due to an increased positivity rate in cases.

While Wall says he and his roommate chose to quarantine in Chicago, rather that stay in the residence hall, it was still a priority for them to stay connected with their friends who chose to stay in Milwaukee.

“I really looked forward to checking in with everyone, and just seeing how they were all doing,” Wall says.

Flack reflected on the 2020-21 school year as eye-opening for her.

“With my students, I learned more about English than I have learned in my entire career within the virtual year,” Flack says. “Students in [that] time needed life rafts, and reading, having some way of connecting with people through books and discussing books, art, culture, TV and everything gave them that connection.”

So while the world was isolated from each other, and classrooms were divided into 30 small squares with unenthused faces, we found ways to keep seeing each other. While they may not have been conventional, they were necessary and made all the difference in keeping communication and togetherness alive.

Connection. That is what made all the difference in the world.

Even now, as we make our way to in-person classes around Marquette’s campus, Bodi says it feels like nothing has changed.

“Being back on campus, you can feel the excitement that everyone has, it’s almost buzzing,” Bodi says.

On a more personal level, I feel that, as a society, we have never been closer to family and friends, and I wholeheartedly believe we have the pandemic to thank for that. We have connected and learned so much about ourselves and the people around us that we would have never known if the pandemic hadn’t forced us to stop and take inventory.

And, yes, there were times we had no idea what to do with ourselves or couldn’t grasp what was happening in the world around us. But through those hardships we found that talking to friends, to our families and just keeping the line of communication established and open was all we needed.

People need people. If the pandemic has proved anything, it’s this notion. No matter where you are in the world, what culture you come from, the color of your skin, or the language you speak, people need people. Communication looks different for everyone, but it is important to keep door open for anyone that might walk in.