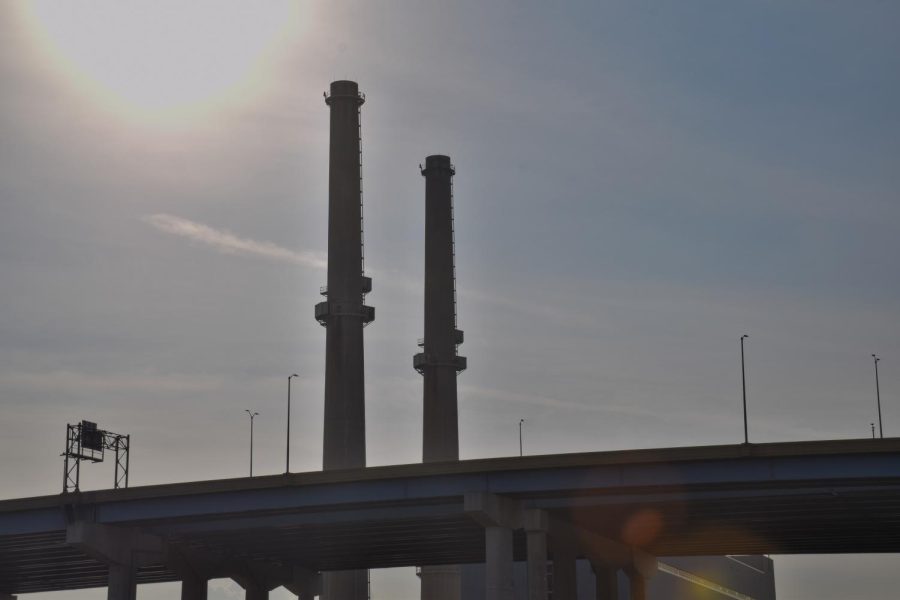 According to the Wisconsin Department of Natural Resources Air Quality Monitoring Data, Milwaukee County is among five counties in the state experiencing moderate air quality for health concerns.

Climate change is affecting us all today. It is in our current reality, and will be central to shaping the future health of the planet.

With what seems to be a constant reel of environmental disasters — devastating wildfires in California, ravaging earthquakes in Haiti and severe melting in Antarctica and the Arctic regions — it is understandable to feel overwhelmed and hopeless when talking about climate change.

Recently, the Intergovernmental Panel on Climate Change said this August that climate change is “widespread, rapid and intensifying,” and that we are nearing the 1.5 degrees Celsius limit for global heating. The United Nations Secretary-General António Guterres said that the IPCC report was a “code red for humanity.”

There has even been a rise in “climate anxiety,” which is the “chronic fear of environmental doom,” as described by the American Psychological Association.

According to a 2021 study conducted by the University of Bath, 75% of 10,000 young people surveyed between the ages of 16 to 25 in Australia, Brazil, Finland, France, Nigeria, the Philippines, Portugal, the United Kingdom and the United States reported feeling deep anxiety about the future and climate change.

But we cannot accept that all is lost. We have to accept the reality of climate change, and take action to mitigate and adapt to it.

One way to address the colossal issue of climate change is to determine how it is impacting our communities locally.

In Milwaukee, specifically, there will be potential drinking water contamination, heat-related illnesses and premature deaths, lower air quality that could increase the risk of lung and cardiovascular diseases and risks to freshwater resources from the Great Lakes. There will also be increased flooding and sewer overflows that could damage storm water management systems and transportation infrastructure.

Additionally, already marginalized communities will experience further disproportionate effects from climate change — Indigenous communities’ livelihoods and cultures who rely on natural resources will be threatened and people experiencing homelessness in Milwaukee will experience greater health risks due to the “urban heat island effect.”

According to the United States Environmental Protection Agency, heat islands have structures like buildings and roads that absorb and re-emit the sun’s heat more than natural landscapes like water bodies and forests. The high concentration of infrastructure with a lack of greenery traps in heat, resulting in a “heat island.”

Although heat islands can develop in any region, season and city-type, they commonly form in urban areas.

On top of these issues, Milwaukee is experiencing other negative environmental issues that will be exacerbated by climate change, such as air pollution and lead poisoning from pipelines.

The WE Energies Valley Power Plant is located in the Menomonee Valley, just across I-94. The plant’s smokestacks can be seen from the highway entering the city, often emitting smoke into the air.

WE Energies announced November 2020 it would be closing the coal-dependent Oak Creek Power Plant by 2024 in an effort to switch to more natural gas, as well as solar and wind energy sources.

Although the Valley Power Plant uses natural gas instead of coal, Milwaukee residents, largely in predominant neighborhoods of color, living around the area have a higher likelihood of developing health conditions like asthma.

According to the Wisconsin Department of Natural Resources Air Quality Monitoring Data, Milwaukee County is among five counties in the state experiencing moderate air quality for health concerns.

On the Wisconsin DNR Air Quality Index, the qualitative values of air quality — good, moderate, unhealthy for sensitive groups, unhealthy, very unhealthy and hazardous — are determined by looking at the ozone, or fine particle concentrations in the air.

In addition to air pollution issues, Milwaukee residents are grappling with water contamination and health risks from old lead pipes.

According to the Centers for Disease Control and Prevention, lead exposure, whether through breathing it, swallowing it or absorbing it, can lead to anemia, weakness, kidney and brain damage and death.

Lead generally affects children more than it does adults, as it may lead to neurological effects and intellectual disability.

Nearly 9,600 children under the age of 16 living in Wisconsin were found to experience lead poisoning between 2018 and 2020, according to the Wisconsin Department of Health Services.

Unlike Madison and Green Bay which have replaced all of their lead pipelines, Milwaukee has replaced less than 1,000 of its nearly 70,000 full lead service lines since 2017.

Having to tackle other environmental issues like poor air and water quality may make climate change that much more difficult to think about for Milwaukee residents.

Some efforts the City of Milwaukee has taken to mitigate climate change impacts include setting a 2025 goal to convert Milwaukee to 25% renewable energy, granting more affordable loans to homeowners and businesses to convert to solar energy and using a grant from the Public Health Institute to implement projects that address climate change adaptations as well as health equity.

Switching to more renewable energy could not only decrease the amount of CO2 emissions emitted into the air but also limit the health burden on communities living near power plants like the one in the Menomonee Valley.

Additionally, the Milwaukee Metropolitan Sewerage District created a 2019 Resilience Plan that among other climate actions outlines ways Milwaukee can adapt to flooding and sewer overflow.

As seen in the City of Milwaukee’s action, it is not too late to tackle climate change.

Although the future may look grim, climate solutions are being developed today. As unfortunate as it is to admit, individually, it is unlikely we can stop climate change on a global scale. But, if we look closer to the environment and people around us on at the local level, we can start entering conversations about solutions and developing ways to adapt and mitigate the worst impacts.

This also requires Marquette students to take action, and be the difference on campus and in Milwaukee. Get involved with Marquette Sustainability or other organizations on campus, like Students for an Environmentally Active Campus and Fossil Free Marquette.

Additionally, students should consider volunteering with Milwaukee organizations that focus on environmental issues, such as the Urban Ecology Center.

Addressing climate change takes all of us, one action at a time.

This story was written by Alexandra Garner. She can be reached at alexandra.garner@marquette.edu.