CADY: Empathy during a time of division 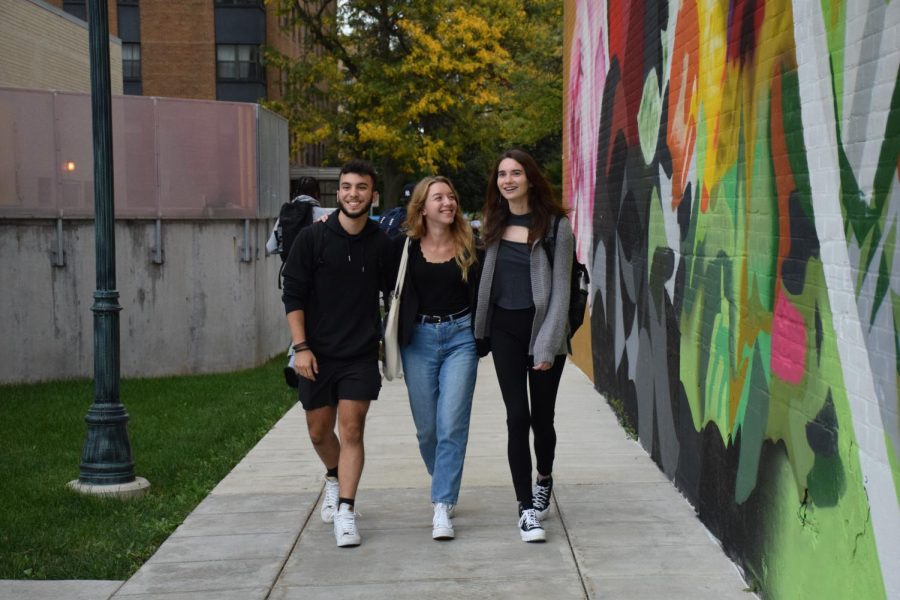 The ability to understand and interpret the feelings of one another, even in situations we may not experience ourselves, is vital. Over the past several years, there has been a lack of empathy in the U.S. While disagreement is natural, we must strive for understanding and listening.

The U.S. has been deeply plagued with troubles, such as health crises, polarizing politics and social injustice long before 2021, but the last two years have proved to be especially difficult. With the rise of COVID-19, racial injustice and a narrow, divisive election, Americans have struggled to understand, let alone support, one another.

The COVID-19 pandemic has shown the worst parts of our individualistic values, such as through the mask mandate issued by the Centers for Disease Control and Prevention. If we can’t do something as simple as wearing masks in public spaces to protect from a deadly virus, we are lacking the most basic regard for human life. Some Americans are much more interested in their “personal freedoms” and do not want to bear the burden of caring about their fellow citizens’ health.

In this situation, the most simplistic display of empathy is to wear a mask. On a deeper level, the empathetic response to this situation would be to consider how you would feel if your loved one was ill with or passed away from COVID-19, and realize that whatever your personal feelings are on how the pandemic is handled, you should comply for the safety of others and their loved ones.

In addition to the pandemic, the U.S. also responded to the murder of George Floyd in May 2020, shedding light on persisting institutions of racism in the country. The Black Lives Matter movement proved to be another matter shedding light on a racist America.

The murder of George Floyd was met with widespread controversy and debate. It should be outrageous that a Black man was brutally murdered on the street in public after a confrontation with police, but to many Americans, it wasn’t such an issue, let alone a racial one. Floyd’s life mattered, and the responsibility of mourning his death should fall not only on the African American community. In response to protests over Floyd’s murder and the major flaws in the police system, the All Lives Matter movement re-emerged.

A 2020 Gallup poll found that roughly one-third of Americans don’t believe this country has an issue with race relations. The ALM movement and this data are both very telling that people are either not grasping the other perspective, or simply don’t want to.

Racial injustice is an issue that amplifies some Americans’ lack of empathy. Racism in America has always existed, but we as American citizens — and as human beings — need to have honest conversations with ourselves about if we are being empathetic toward people of other races who endure experiences we will never encounter. Once we do that, we need to turn that empathy into action.

Another recent moment of division in the U.S. was the intense political division we saw preceding and during the 2020 election. The Democratic and Republican candidates at that time, current president Joe Biden and former president Donald Trump, clashed fiercely on major issues such as the handling of COVID-19, immigration policies and racial injustice, which led to intense divisive partisanship.

It is difficult to acknowledge the validity in arguments we disagree with, especially when it comes to politics. Democracy fosters an opportunity for American citizens to debate, disagree and cast their votes in contrast with one another; But empathy can still be present in politics. We do not need to agree to understand.

In times that should have brought us together, Americans were torn apart, and rather, it tore us apart from one another. An America that comes to consensus all the time is unrealistic, and not what our democracy was meant to be. We must be more civil, and there should be more devotion to empathy and unity.