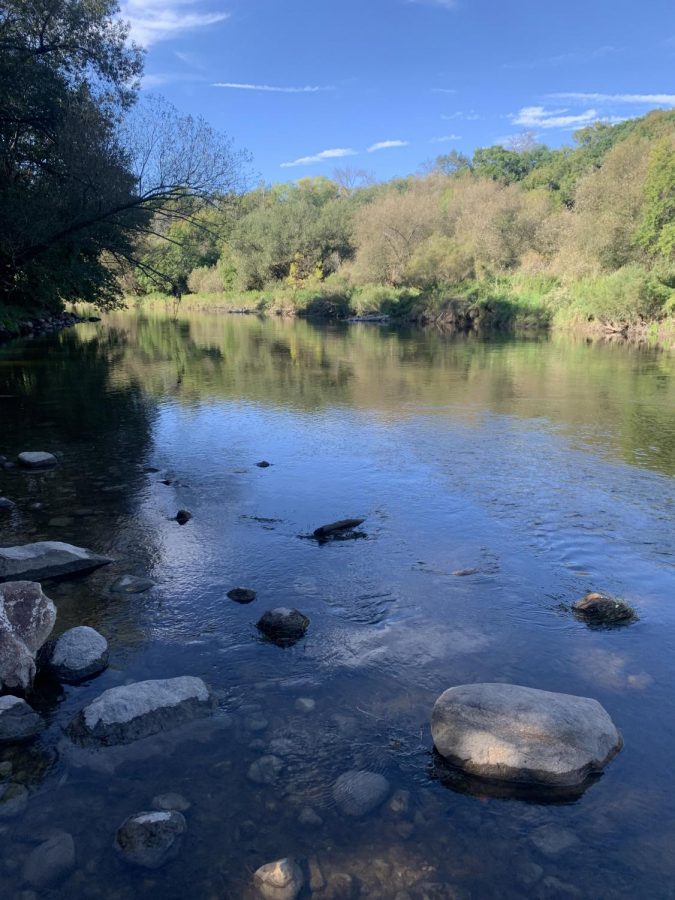 Urban ecological centers that maintain plant life, encourage gardening and hiking, educate about ecology and provide an example of sustainability are incredibly crucial to moving toward a more sustainable society.

The appearance of more green space in cities can be connected back to historical trends like urbanization in the early 20th century. When people began migrating to cities to find work, they were met with capitalist, concrete landscapes.

Nature was a thing of the past, tied to feudalism, premodernity and agriculture. The point was to escape that way of life and to move forward into the future.

But the future now looks grim with the onset of climate change; cities especially have a high carbon footprint that effects the planet, accounting for 75% of global CO2 emissions. The construction of large cities disrupted existing ecosystems and have exploited nature for resources, commodities and waste dumps.

The need for sustainability and natural resources in cities is skyrocketing, and part of the solution has already been imagined: more urban ecological centers, and a solar punk way of life. Solar punk is a way of life that does just that, as “the philosophy of solar punk and the politics of anarchism are practically built for each other,” YouTuber Saint Andrewism said. He categorizes solar punk as “emphasiz[ing] the need for environmental sustainability, self-governance, and social justice.”

This way of life that treasures nature and the human condition as a part of it rather than just work and money can be extremely beneficial to our physical and mental health. Being connected to the earth and living in harmony with nature can vastly improve the mind and soul.

With locations in Riverside Park, Washington Park and the Menomonee Valley throughout the Milwaukee area, the Urban Ecology Center, an organization that aims to “…inspire generations to build environmental curiosity, understanding, and respect, [as well as] restore hope and heal our urban natural world, neighborhood by neighborhood,” fosters several programs like hikes, education, youth and after school programs, equipment lending, community gardening, workshops and classes.

The sociological factors at play with this idea are expansive, as sociologists have “extensively theorized the ways that nature is socially constructed,” Kevin Loughran said in their theory of Imbricated Spaces. Loughran talks about cities being a “built environment made from materials that were once earth; though a paved street may symbolize society’s domination of the natural world, cracks in the concrete reveal that human intervention is far from the last word.”

Urban parks are evidence of this convergence of nature and city, examples include Riverside Park, the Havenwoods State Forest and Lake Park. Loughran also mentions how “another product of disinvestment and depopulation (is) the proliferation of abandoned buildings, vacant lots, and disused infrastructure. As these assorted sites lost their original social functions, in some cases they were overtaken by nature — wild plants that grew within the ruins of the industrial built environment.” This is a natural form of imbrication, nature taking back its place from the concrete buildings we have placed over it, much like vines that scale buildings over decades as seen on many of Marquette’s academic buildings.

The sociological theory of functionalism can be related to this by thinking about the practical benefits of having more green spaces: sustainability to save the climate and fresh resources, rather than just the aesthetic purposes of having pretty plants among our buildings, which is not always as sustainable as it seems. “That’s greenwashing,” YouTuber Saint Andrewism says in his YouTube video titled “What Is Solar Punk?” “It has the appearance of sustainability, but it’s actually really damaging to the environment. A lot of water is used to maintain those ‘green’ buildings and they often aren’t built with sustainable or durable material.”

The move toward communal spaces, entranced by nature and overflowing with plant life and sustainability, is a future to strive for, and sociologically makes sense. Humans, before the invention of machines, lived in small communities and contributed to the collective using whatever was available to them. Industrialized capitalism and globalization has turned the clock forward on a climate crisis, and moving toward a solar punk way of life is the solution to benefiting the collective, which involves Mother Nature.

This story was written by Abi Benjamin. They can be reached at abigail.benjamin@marquette.edu