Music dwindles as Summerfest comes to an end 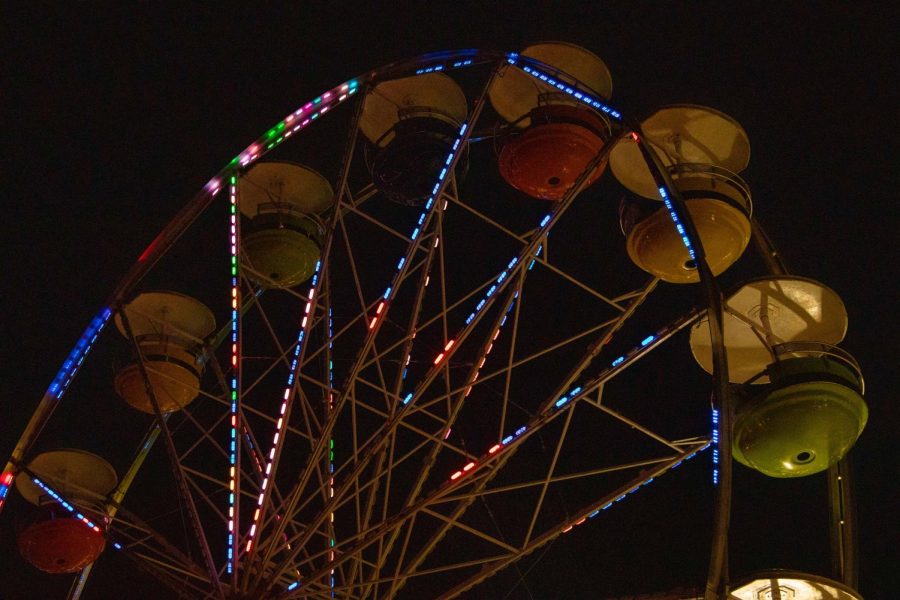 Along with concerts, Summerfest has rides.

Saturday, Sept. 18 marked the final day of the three-week-long 2021 Summerfest music festival in Milwaukee. As clean-up begins on the Summerfest grounds, we take a deep dive into who the best performers were, important changes to the festival, and take a glimpse at what Summerfest 2022 has in store.

Following a three-week format has allowed a multitude of artists to attend the fest. Top headliners included Megan Thee Stallion, Luke Bryan and an emo concert consisting of Green Day, Fall Out Boy and Weezer. However, fans and Marquette students alike flocked to a few performers specifically.

One of the best performances by far was Kesha headlining at the BMO Harris Pavilion Sept. 11. Despite a 40-minute wait for the concert to begin, Kesha absolutely blew the crowd away with her massive inflatable props, brilliant costume changes and set of her best hits from throughout the years. The 34-year-old pop star had the audience obsessed with her every move.

Kimberly Cook, a junior in the College of Education and one of the arts and entertainment assistant editors, wrote a concert review of the Jonas Brothers. Cook detailed that the brothers “came out in style” and “kicked off their set with ‘Remember This'” which led to a memorable night.

Additionally, many students were in favor of the pushed-back September dates because much of the student population is currently living on or off campus in Milwaukee now that classes have returned to an in-person setting. However, the festival will return to its late June early July format in 2022.

Despite the excitement for the festival’s return, attendance is down significantly due to a variety of factors. Later summer dates restricted many students, and other attendees, from traveling during the school year and increased COVID-19 infection rates deterred many individuals from taking a risk of becoming ill. Although the festival’s organizers knew numbers may be down, they put restrictions in place to ensure festivalgoers felt safe.

Upon entry, Summerfest staff required visitors to provide proof of full vaccination status or a negative COVID test taken within 72 hours prior to entry. Due to the outdoor nature of the festival, most attendees were unmasked or only wore their masks when near others and at Summerfest stages.

Currently, there are no known major COVID-19 outbreaks related to the festival. This has been a trend with many other music festivals and larger concerts in the past few months such as Lollapalooza in Chicago.

Summerfest attendees are already starting to look forward to next summer’s festival. The dates for Summerfest 2022 are June 23-25, June 30-July 2 and July 7-9. The only performer announced so far is Justin Bieber, who will play at the American Family Insurance Amphitheater June 24.

Based on late 2021 and early 2022 album release schedules, there are a few artists I predict will be at Summerfest next June and July. I suspect Summerfest will be headlined by Coldplay and Lana Del Rey, in addition to smaller artists such as Alessia Cara, Brockhampton, Young Thug, Parquet Courts and The War on Drugs.

Overall, it is a triumph that Summerfest was able to return to Milwaukee this summer. The festival ultimately encapsulates the culture of Milwaukee and gives us reason to celebrate music, and life itself.

This story was written by Emily Bittman. She can be reached at emily.bittman@marquette.edu.