Seven members to be inducted into “M Club” Hall of Fame 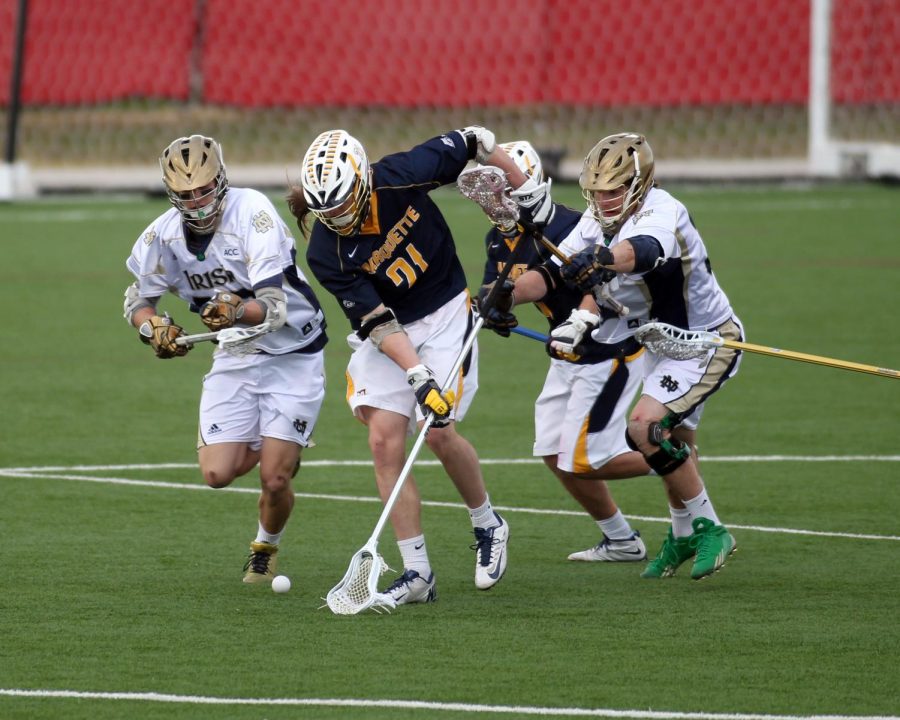 Marquette University announced in a press release Sept. 14 that there will be seven new inductees to the “M Club” Hall of Fame this year.

Byrnes served as a founding member of the men’s lacrosse team from 2012-16. In 2016, in his redshirt senior season, he helped guide Marquette to defeat No. 1 Denver for its first ever BIG EAST Championship. For his efforts that season, he earned BIG EAST Defensive Player of the Year and USILA Second Team All-America honors. The 2019 MLL Defensive Player of the Year is the lone player in program history to combine for over 200 ground balls and 100 caused turnovers as a Golden Eagle.

James put together one of the best first-year seasons in men’s basketball history earning both BIG EAST Rookie of the Year and All-BIG EAST Freshman Team honors after averaging 15.3 points, 5.4 assists and 4.5 rebounds per game. In 2006-07, he earned All-BIG EAST First Team and AP All-American Honorable Mention Honors in 2006-07. During his time as a Golden Eagle, James appeared in four NCAA tournaments and currently ranks second in assists (632), fourth in steals (129) and fifth in points (1,749) all-time in program history.

Crean spent nine seasons at the helm of the Golden Eagles, where he compiled an overall record of 190-96. In 2003, he led Marquette to its first trip to the NCAA Final Four since Al McGuire did in 1977.  Crean, a Naismith Coach of the Year finalist, recruited and coached six All-Americans in Dwayne Wade, Travis Diener, Dominic James, Jerel McNeal and Lazar Hayward.  Lastly, he had four players — Wade, Diener, Hayward and Steve Novak — during his tenure.

During his redshirt junior season, Sjöberg was recognized as one of the “10 best defenders in college” soccer by TopDrawerSoccer.com. He also is the first Marquette player to be selected in the first round of the MLS SuperDraft by the Colorado Rapids.

Lyon, the 2013 BIG EAST Goalkeeper of the Year, was a part of the Golden Eagles’ first BIG EAST regular season title team in 2011. He holds the single most season victories (16), first in shutouts (29), third in victories (37) and eighth in saves (227) in program history.

During her time in Milwaukee from 2009-13, Miller was a part of one of the best four-year runs for any Marquette team, as women’s soccer finished 67-19-9, 37-7-3 BIG EAST during her career. In that span, the program won four BIG EAST American Divisions titles, a BIG EAST Tournament Title and made four appearances in the NCAA Tournament.

Per the release, the date and time of the induction ceremony will be announced at a later this fall but the intent is for it to take place during one of the men’s basketball conference home games.

This article was written by Hannah Freireich. She can be reached at hannah.freireich@marquette.edu or on Twitter @hannahhnicole14.