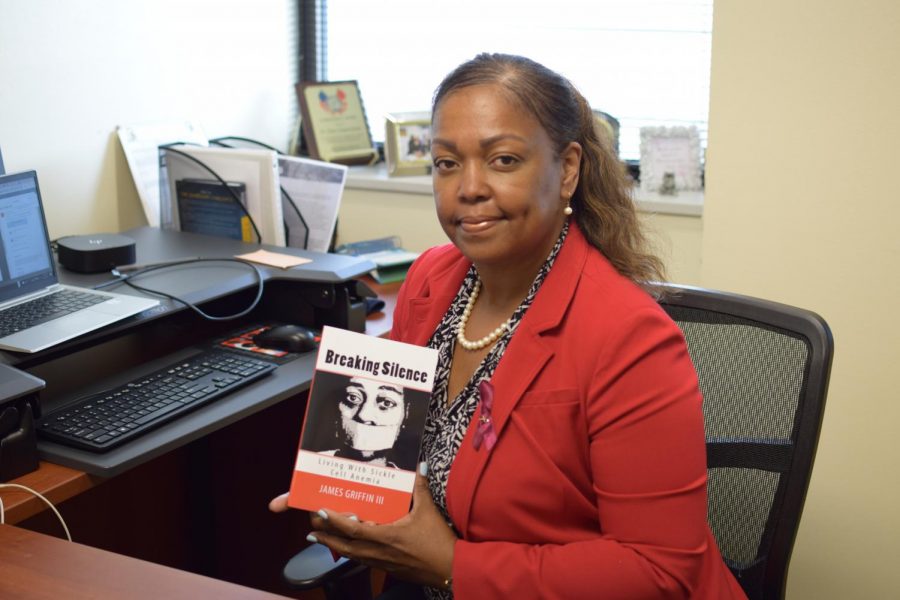 September is National Sickle Cell Awareness Month, which was created to garner attention on the need for research and treatment of sickle cell disease.

In 1976, the Sickle Cell Disease Association of America launched a national awareness month in September due to growing concerns regarding the spread of misinformation about sickle cell disease.

One of the most common misconceptions is that people living with sickle cell disease exaggerate pain for access to drugs because treatment requires opioid medication.

Sickle cell disease is the most common hemoglobinopathy in the United States and the world.

Symptoms can start as early as four months of age. Early symptoms include swelling of the hands and feet, fatigue, stunted growth, dark urine and a yellowish color of the skin and the whites of the eyes.

Those with sickle cell disease may also experience severe pain, anemia, organ damage, strokes and infections. The disease can be fatal.

“Living with sickle cell can be a challenge at times because the nature of this illness is very unpredictable when it comes to the pain and going through a crisis,” James Griffin, who lives with sickle cell disease and is the author of “Breaking Silence: Living With Sickle Cell Anemia,” said. “It can interrupt and affect all areas of your life and a lot of times you can have pain daily, so you have to learn to live with the pain.”

Griffin’s book discusses what it’s like to live with this chronic illness by allowing readers to learn about his experiences with sickle cell anemia.

“I wanted to let people know what sickle cell anemia was and the things someone living with it would go through,” Griffin said. “Too often I felt like it was an illness that was continually being swept under the rug and getting little to no attention, so I wanted to change that.”

“By sharing my experiences, I hoped that I could help give medical professionals a better understanding of my illness from my perspective which could ultimately lead to better care and treatment for all those living with sickle cell,” Griffin said.

Though the only cure for sickle cell disease is a bone marrow or stem cell transplant, this procedure is rarely done because of the risks involved.

The main risk associated with a bone marrow or stem cell transplant is graft versus host disease, which is a life-threatening problem where the transplanted cells start to attack the other cells in the body.

These treatments include antibiotics, pain relievers, vaccinations to prevent infections, blood transfusions and Hydroxyurea, a medicine that has been shown to reduce or prevent several sickle cell disease complications.

“Greater awareness sheds light on the importance of knowing your sickle cell trait status, the impact of sickle cell disease and the need to improve care and advance treatments for those living with sickle cell disease,” Dora Clayton-Jones, president of the International Association of Sickle Cell Nurses and Professional Associates and assistant professor in the College of Nursing, said.

The Marquette University College of Nursing faculty and students will participate in a webinar Sept. 28 titled Nurse Champion Model for Group Reproductive Genetic Counseling for Sickle Cell Hemoglobinopathies: Reverse Innovation from Africa to the USA.

The purpose of this webinar is to provide a touchpoint for all interested to learn more about sickle cell disease in the global context.

The webinar will be hosted by the International Association of Sickle Cell Nurses and Professional Associates. The speaker will be Stephanie Ibemere, an assistant professor in the College of Nursing at Duke University.

“My hope is this seminar will show attendees that it is possible to create a clinical model for sickle cell disease that is not only appropriate even in resource limited settings, but also inspiring and motivating,” Ibemere said.

“I really want people to know that sickle cell pain is very real and not exaggerated by any extent. I believe our illness is one that has been misunderstood for a very long time,” Griffin said. “However, I want people to know every day I fight hard to stay healthy and out of the hospital and I fight even harder to receive quality care within the medical systems.”