9/11 through the eyes of former Marquette students 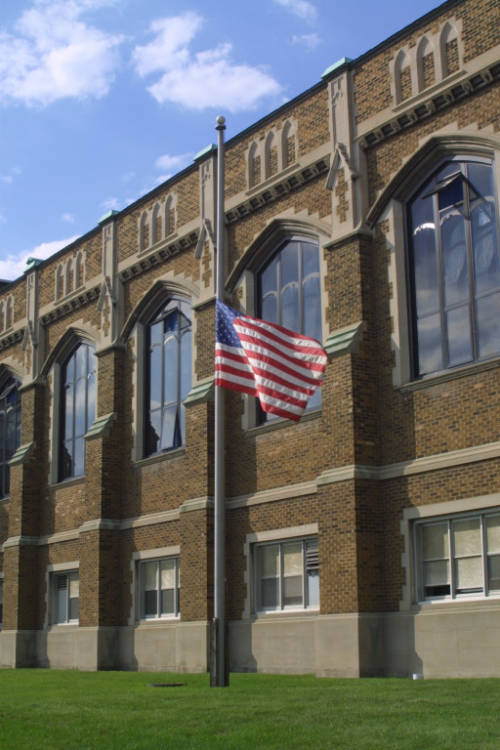 Former Marquette student Steve Kidera was awoken by a phone call from a friend on the morning of Sept. 11, 2001. In a split second, what he thought was going to be a normal day on campus transformed into the largest terrorist attack in history — all happening in his home state.

Native to Albany, New York, Kidera came to Marquette in 1999 where he studied broadcasting and electronic communications. He spent the summer of 2001 in Campus Town apartments, and at the time entering into his junior year of college, wanted his mother to fly down and see his new apartment.

After Kidera’s mother spent the weekend in Milwaukee to see him, she flew back to New York. Her flight was Sept. 10, 2001.

“Usually, when she landed, she’d call and just say she made it back safely,” Kidera said. “She hadn’t that night.”

Kidera didn’t think anything of his mother’s lack of communication until he got a phone call from a friend the next morning, telling him to turn on the TV.

After seeing the twin towers erupt in flames, his mind began to race. Kidera’s father worked in one of the tallest buildings in Albany, and his mother worked just across the street at the state capital.

Kidera picked up the phone and called both of his parents. He was relieved to hear his mother’s voice knowing she made it home safe from her flight. However, both were still at work, unsure whether they should return home. After wrestling with the idea, the two finally decided to leave work.

Despite his parents moving to safety, New York City was still filled with familiar faces for Kidera, and watching it in turmoil over the TV left him confused, sad, shocked and angry.

“It’s where my mother grew up and my parents met,” Kidera said. “My heart just sank and I remained in a daze for most of the day, not believing what had happened.”

For the rest of the day, Kidera watched chaos ensue over the TV of his Campus Town apartment; however, for some Marquette students, this chaos unfolded right before their eyes.

Former Marquette student Kevin Marsh was enrolled in the university’s Les Aspin program during the fall of 2001, where he interned for a congressman on Capitol Hill.

On the morning of Sept. 11, 2001, Marsh was attending his regular Tuesday office meeting in the Capitol. In the midst of the meeting, one of the legislative assistants yelled that a plane had crashed into the World Trade Center.

“We were confused and wondering how a plane hit a huge building in NYC on a crystal clear blue sky day,”  Marsh said.

A few minutes later another plane hit the south tower of the World Trade Center, which was when Marsh knew this wasn’t an accident, but a planned attack on the United States.

When a third plane hit the Pentagon — just three miles away from the Capitol — Marsh was delivering documents to a Congressman who was preparing for a committee meeting. He was then forced to evacuate the building and go back to student housing.

Hunkered down in his apartment, while hearing the sounds of fighter planes overhead, Marsh worried about what was coming for the country.

“We saw the world change in real-time that day,” Marsh said.

Director of Integrated Content, Tim Cigelske, was a sophomore at Marquette and a news editor for the Marquette Wire when he also saw the world transform on 9/11. When Cigelske heard about the attacks, he instinctively headed for the newsroom in Johnston Hall.

There, he huddled with other student reporters and his student media advisor, stunned at what had just unfolded. Cigelske and his team then decided to put together a special issue in the Marquette Tribune for the next day, which marked Sept. 12, 2001.

Cigelske worked with his fellow reporter, Melissa Jenco, to write the front page of the story, which was later titled, “The Very Worst” — a headline that was derived from George W. Bush’s address to the nation on the night of the attacks.

In the days that followed, Cigelske and his team continued to work tirelessly in an effort to capture the aftermath of what would be remembered forever.

“Reporters and editors slept in the newsroom and just worked to do our jobs when nothing else made sense,” Cigelske said.

“The attacks of September 11 were intended to break our spirit,” Giuliani said in a speech to the United Nations General Assembly weeks following the attacks. “Instead we have emerged stronger and more unified. We feel renewed to the principles of political, economic and religious freedom, the rule of law and respect for human life. We are more determined than ever to live our lives in freedom.”

This sense of unity spread beyond New York City, as Kidera also remembered the Marquette community “pulling together” on the days following the attacks.

“You saw American flags hanging from the Campus Town apartment windows. People blasting patriotic music from speakers. Everyone was mourning together,” Kidera said.

Twenty years later, Kidera looks back on 9/11 as a day that, although he doesn’t want to remember, certainly can’t forget.