The Jonas Brothers’ Summerfest performance ensures fans will “Remember This” 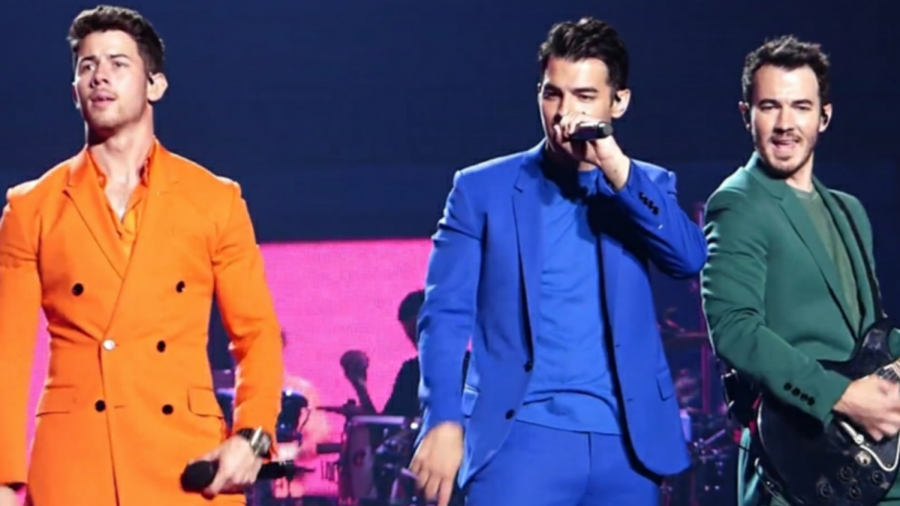 Pictured above are the Jonas Brothers (left to right) Nick, Joe and Kevin performing on their 2019 "Happiness Begins" tour.

Kevin, Joe and Nick Jonas have been household names since their 2006 release of “Year 3000.”

While a rift led the Jonas Brothers to break up in 2013, the brothers mended their bond in 2019 and returned with their album “Happiness Begins”  as well as a tour of the same name that year.

With a plethora of new singles and all the hits that made them popular from the get-go, The Jonas Brothers took the stage Sept. 8 at Milwaukee’s popular music festival, Summerfest.

The brothers were preceded by Jordan McGraw and Kelsea Ballerini.

McGraw came out swinging, jamming out to “We Should Still Be Friends” and “SHE”. His set was filled with songs that got the crowd dancing in their seats and all the way back on the lawn.

After McGraw took his bow, Ballerini made her Summerfest debut with attitude and demanded attention with her opening number “Miss Me More.”

The popular female country music artist brought the crowd to their feet as she paid homage to female artists that came before her, covering snippets of Taylor Swift’s “Teardrops on My Guitar” and Kelly Clarkson’s “Breakaway” before performing songs off her newest album like the wholly country “hole in the bottle.”

For the main event, The Jonas Brothers came out in style and kicked off their set with “Remember This” followed by the suave 80s-esque tune “Only Human.” From there, it was full speed ahead for the next 21 songs.

Fans went wild in response to an early listen to the group’s newest song “Who’s In Your Head,” set to release Sept. 18.

Things continued to heat up as the brothers took center stage for the intro to their 2008 hit, “Burnin’ Up.”

The band wasn’t coming up for air anytime soon and neither was the audience as “S.O.S”, “Hold On,” “Fly With Me” and “Paranoid” were sung consecutively.

Only then did the band take a break for a little banter and a drink with the fans in the stands. After a little conversation, the background music gave way to the boys’ performance of “When You Look Me in the Eyes.”

At the end of the night, the brothers thanked Milwaukee for an amazing night and brought the house down  with the performance of “Sucker.”

While the concert may have been on a Wednesday night, the crowd was as alive as they come. While the set may have seemed a bit fast-paced to some of the fans in attendance, it did not stop them from singing their hearts out or dancing like nobody was watching.

In the end, I suppose the opening number speaks for the entire show. Fans will remember the Jonas Brothers “Remember This” tour. If not for the music, then for the memories that they made with the people closest to them.

This article was written by Kim Cook. She can be reached at kimberly.cook@marquette.edu