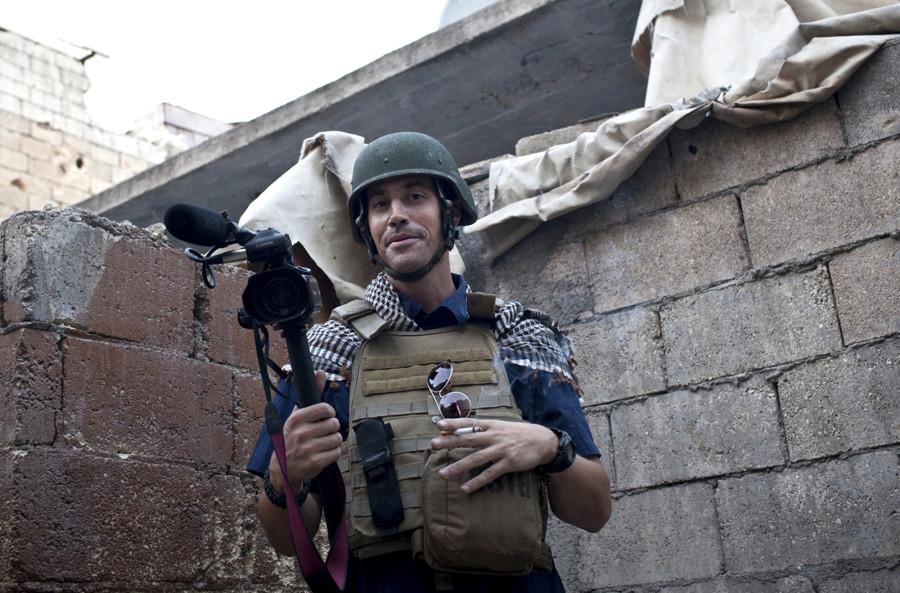 Journalist and Marquette alum James Foley was executed by two ISIS fighters Aug. 19, 2014. Yet even seven years after his death, his legacy creates waves of change not just throughout the Marquette community but through journalism in general.

Foley covered many international issues in his freelance work. He had been covering the beginnings of the Syrian civil war and the ending of Muammar el-Qaddafi’s dictatorship.

Before he worked freelance, Foley graduated from Marquette University in 1996. He was a fiction writer and teacher before becoming a war correspondent in 2012 covering the Syrian civil war.  He was then captured for 44 days under Qaddafi’s regime. He was eventually released, and after spending time at home, he went back to the Middle East.

However, while covering the crises in Syria in 2014, Foley and several other hostages were kidnapped and detained by ISIS. Foley was publicly executed after his capture. He was 40 years old.

For years, the killers were not brought before any court in the United States for their crimes.

The United Kingdom Supreme Court was prepared to share evidence with the United States as long as they dropped the death penalty charges already against them.

Following almost a year awaiting trial, Kotey had pleaded guilty in federal court in Virginia to his role in the kidnapping, torture and death of James Foley  Sept. 3.  Foley’s mother Diane was in the same room as the man who killed her son. The plea deal said Kotey will face at a minimum life in prison without parole.

“It was chilling for me,” Diane Foley said in an interview with Seacostline.

Kotey and Elsheikh were part of a group of four ISIS-affilated groups called “The Beatles.” Elsheikh has yet to announce whether or not he will plead guilty or not guilty to the charges set against him.

“This accountability is essential for anyone who kidnaps or unjustly detains Americans abroad, if our country wishes to ever deter hostage taking,” Diane Foley said in a statement on the James W. Foley Legacy Foundation’s website. “We are sincerely grateful to all involved in apprehending Alexanda Kotey, investigating his brutal crimes against humanity, and making the strong case for his direct culpability for the torture and death of our son James, Steven Sotloff, Kayla Mueller, Peter Kassig.”

Both Diane and James’ father, John, will have the opportunity to make victim statements to the court. These statements are scheduled for March of 2022.

“The James W. Foley Legacy Foundation was born out of a necessity to do better. Jim challenges us as a country to have the moral courage to prioritize the return of all Americans held hostage abroad and to promote the safety of journalists worldwide,” Diane’s statement said.

Following the death of Foley, Diane founded the James W. Foley Legacy Foundation, an organization that advocates for the freedom of all American hostages held abroad and for the safety of journalists everywhere.

Foley’s legacy has continued to spread across the country, including at his alma mater, Marquette University, where the Diederich College of Communication has partnered with the foundation to include safety training modules for all undergraduate journalism majors.