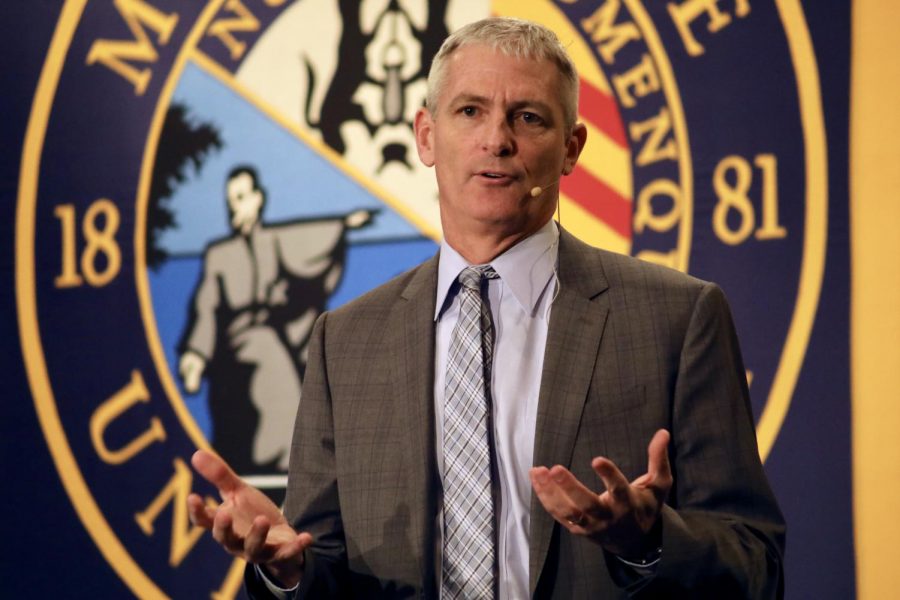 Lovell announced that he was diagnosed with sarcoma, a form of cancer. Marquette Wire stock photo

President Lovell announced this morning that he was diagnosed with sarcoma, a form of cancer, on Tuesday, Aug. 31.

Sarcoma is a rare cancer, as it only makes up about 1% of all adult cancer diagnoses.

“I have already begun working with a team of oncologists on a treatment plan and will start chemotherapy next week,” Lovell said in a Marquette Today release.

This year will be the 500 year anniversary of the Ignatian Year, and St. Ignatius’ cannonball moment. Lovell described his diagnosis as his own “life changing experience.”

“Being back together in community, it was my plan to go to as many campus events as possible and find ways to interact with each of you. To my surprise, these were not God’s plans for me right now,” Lovell said in the release.

Despite the cancer, Lovell said he is presently healthy and has a positive outlook. As a person of “deep faith” Lovell believes that God’s glory can be shown even throughout difficult times and is asking the Marquette community to keep him in their thoughts and prayers.

“…I believe in the power of prayer and know that anything is possible with God,” Lovell said in the release.

Doctors said that he will be able to continue normal activities throughout his treatment, such as exercising. He will also continue his role as university president at this time.

Since Lovell announced his diagnosis he has received support from various members of the Marquette community.