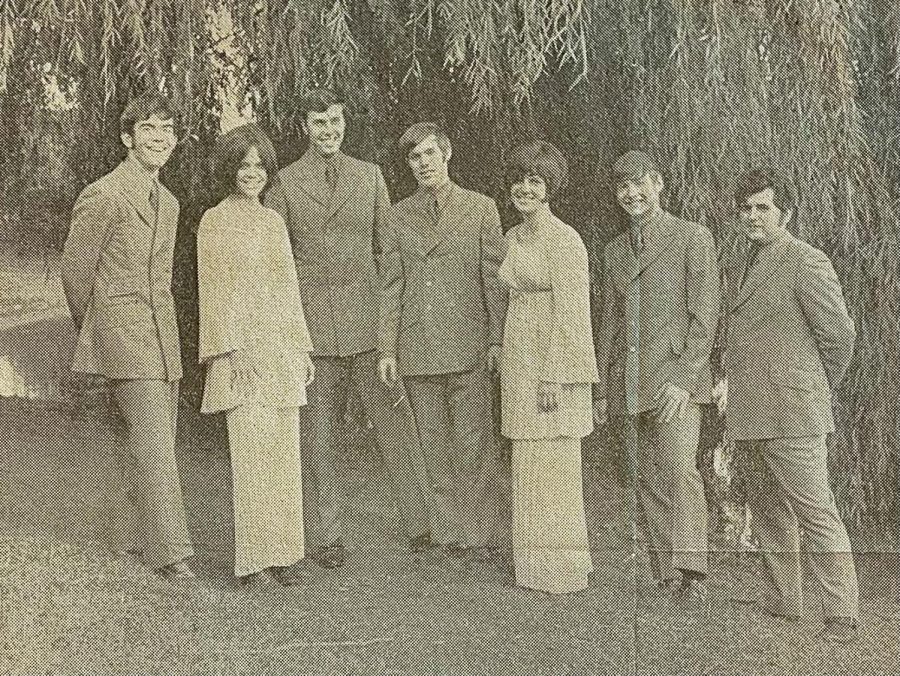 Friendships made in college can extend far beyond just the four years spent on campus, even lasting a lifetime. Just ask the Gregory James Band.

Since their time at Marquette, the members have gotten close as they have maintained their friendships and musical talents for fifty years.

In celebration of their time together, the group has decided to return to campus and have a concert in the Alumni Memorial Union Ballroom Aug. 13 at 7 p.m. The band will play a mixture of covers as well some of their own originals.

The band was formed at Marquette and started with just two members, but eventually became a seven-piece band.

It began with drummer Gregory Samuels, Class of ’69 and an alum of the School of Dentistry, and keyboardist Jim “Finnsky” Finn, Class of ’70 and an alumnus of both the Opus College of Engineering and Law School. The two tried out for the band The Messengers and didn’t get in. It was then the two decided to start their own band and name it after themselves.

Shortly after, the two recruited their friend Rich Kayser, a student from Dominican College in Racine, WI, to play the bass and at the Gregory James Trio was born. The group identified itself as a pop-rock “clean-cut” group that covered songs by artists such as Carole King, Creedence Clearwater and Sergio Mendes as well as writing some originals.

Joining the trio were brothers James and Tom Furman, Tom Sandquist and as Barbara and Lynn Ross. The seven-piece band performed on campus frequently, at their busiest time putting on shows seven days a week while still being full-time students. While the group made decent money through their gigs, it wasn’t the money they were after.

“It (the band) was the most fun any of ever had,” Samuels said.

What inspired the resurgence of the band was a legal case Finn was working on in 2020.

Finn happened to be working on a case of an old drummer friend, who later passed away. Watching him slowly dissipate scared Finn enough to call up his old bandmates.

“I just thought, ‘we have to get everyone back together before that happens to us,'” Finn said.

One way they were able to reconnect after so many years during the COVID-19 pandemic was through phone calls and Zoom conversations.

The band had several major performances, including opening at Summerfest for the band Chicago in 1970. They also played alongside Blood, Sweat & Tears and were able to meet famous musicians such as Huey Lewis and Simon and Garfunkel.

However, their real claim to fame was in 1968 when they auditioned and were accepted to perform at the All American College Show in Los Angeles.

Despite the group’s following, they all remained humble and cordial with one another.

“I think the most valuable thing I’ve learned in life was learning to suppress myself for the better of the group and to get the job done,” Kayser said. “Everyone really dropped their egos and played for fun, there was never any bad blood between any of us.”

And even after fifty years, the dynamic remains the same.

“We’ve been rehearsing [for the show] and we’ve had so much fun we even have begun thinking of fully starting the band up again,” Finn said. The Gregory James Band proves that not even time can stand in the way of true friendship, or a true passion.