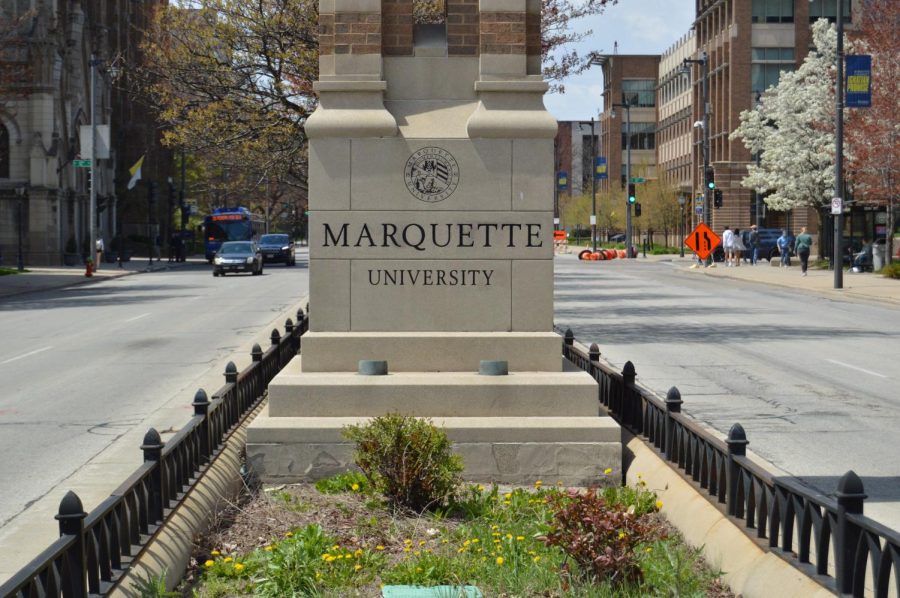 Virtual and in-person graduation ceremonies will take place May 22 and 23.

With the end of the year winding down, seniors reflect on their time at Marquette University.

Tyler Stein, a senior in the College of Health Sciences, said he remembers coming into Marquette as a physiology sciences major thinking he would have a lot of anatomy exposure. He quickly realized that was not the major for him.

“I came here for that and it did not live up to my standards, so I went to the health sciences … undoubtedly anatomy everywhere I go and that’s why I came here,” Stein said.

“I feel like I have been pining for those freshmen year moments, like when you’re a first-year, you’re new to everything and I feel like you embrace everything, like your first dining hall experience,” Stein said. “It’s a lot of experiences that I don’t get to do anymore.”

He said that his fondest memories from his first year was walking late at night with his friend and seeing a ton of rabbits in the grass.

He also explained that the pandemic made senior year a little more difficult for him for a few reasons, like having to quit a job as well as research moving online.

Stein said that he is going to miss the faculty on campus.

Another senior, Joanna Stollenwerk in the College of Nursing, said throughout her time at Marquette, she loved the basketball games. She also said it was nice that she was able to go during the senior game, which was also National Marquette Day, this past year amidst the pandemic.

“College basketball games were super fun … it was amazing that we were able to go senior year as well,” Stollenwerk said.

Stollenwerk also said how throughout her time here, she had an idea of how her senior year was going to go.

“I had this grand vision of what my senior year of college was gonna be like … obviously that’s not what happened,” Stollenwerk said. “My friends and I, even though we weren’t able to do what we wanted to, were still able to go into senior year together and be like ‘this sucks, but were going to make the best of it.’”

Stollwenwerk talked about how in deciding to come to Marquette, she liked the direct admission program for nursing school.

Cate Payan, a recent December graduate from the College of Health Sciences, talked about how when she was touring schools and deciding where to go, she loved her Marquette University tour. She also mentioned that though she graduated in December, she is walking this May.

One of her favorite memories from her time at Marquette was the homecoming concert sophomore year where the All – American Rejects performed.

“I just remember like everyone on my floor, we were all friends and we all walked over together, and it was so much fun … just like those time of like everyone being together in the same building, going to get food and just being so close,” Payan said.

Payan also talked about how she thought she has grown as a person throughout these past four years.

“I just have gained so much confidence, like definitely just learning to put myself out there throughout these last four years … and meeting like-minded but also totally different people which is awesome because it gives you all kinds of different perspectives,” Payan said.