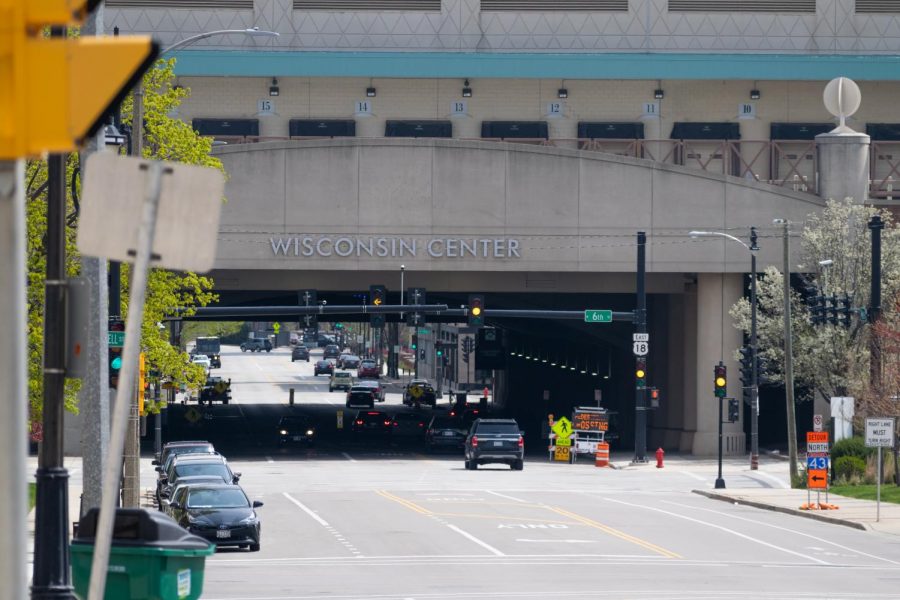 The Food and Drug Administration and Center for Disease Control and Prevention released a joint statement April 13 recommending a pause on the use of the Johnson & Johnson COVID-19 vaccine due to six reported U.S. cases of a rare blood clot after receiving this vaccine. Only a week before this pause did Julia Rodrian, a sophomore in the College of Nursing, receive the recalled vaccine.

Although the pause on the Johnson & Johnson vaccine has been lifted as of April 23, Rodrian said news of the recall was concerning.

“It was definitely a little concerning that it was recalled only a week after I had received it,” Rodrian said in an email. “The article headlines caught my eye right away.”

Rodrian had chills, fever and soreness after receiving the Johnson & Johnson vaccine. However, these side effects are common amid all three COVID-19 vaccines, and had gone away by the time the recall was announced, which relieved some of her concerns.

Despite the six U.S. reported cases of blood clots from the vaccine, a report from Yale Medicine also noted that the Johnson & Johnson vaccine has generally had “noticeably milder side effects than the Pfizer and Moderna vaccines.”

However, milder side effects aren’t the only appeal the Johnson & Johnson vaccine has brought forth. Unlike Moderna and Pfizer, the recalled vaccine only required one shot to be deemed effective and could be stored in a regular refrigerator. This made the vaccine ideal for vulnerable populations.

“The Johnson & Johnson vaccine was perfect for homeless populations or lower-income households in general,” Rodrian said in an email. “With only needing one vaccination, people would be able to receive one shot and move on.”

Despite the convenience of Johnson & Johnson, it had only been administered to around 6.8 million people in the U.S. at the time of its recall, making up only around 8% of the U.S. population that is fully vaccinated.

With six reported U.S. cases of women developing rare blood clots—making up an extremely small percentage of the population who have received the Johnson & Johnson vaccine—the risk factor of developing this disorder remains relatively low.

“With such a small percentage of people with these dangerous blood clots they should not have stopped giving it,” Rodrian said in an email. “It’s difficult with the covid vaccines right now in general because so many people are watching every move.”

However, Beka Tait, a sophomore in the College of Nursing, said pausing the administration of the Johnson & Johnson vaccine was a “smart move.”

“Six people might seem like a small number in the grand scheme of people who received this certain type of vaccine, but the vaccine is still very new,” Tait said in an email. “Scientists are still learning new things every day about the virus and how to prevent it.”

As an aspiring nurse, Tait said being extra cautious in this case is “extremely important.”

“As nurses, we are our patient’s advocates,” Tait said in an email. “For those six women, they need an advocate, someone who will speak up and say ‘it’s time to take a step back and reevaluate.”

Lynda Connor, a staff nurse at Marquette, also noted the importance of caution in the FDA and CDC’s decision to pause administration.

“COVID-19 vaccine safety is a top priority for the federal government, and all reports of health problems following COVID-19 vaccination are taken very seriously and investigated thoroughly,” Connor said in an email.

Marquette had plans to administer the Johnson & Johnson vaccine on April 14, a day after the recall was announced. Due to this, the scheduled clinic was canceled, which would have been the first time Marquette administered this vaccine.

However, Marquette having yet to administer the Johnson & Johnson vaccine prior to the recall was simply by chance, as Connor said Marquette administers whatever the state gives them and cannot request a specific vaccine.

Connor also noted that the initial production of the Johnson & Johnson vaccine was slower than that of Moderna and Pfizer, and wasn’t approved for Emergency Use Authorization until around two months after its counterparts.

Although the recall is only another hurdle in the fight against COVID-19, Connor said vaccines are and will continue to go through the most intensive safety monitoring in U.S. history.

“We should feel very confident knowing the safety systems in place are working,” Connor said in an email.