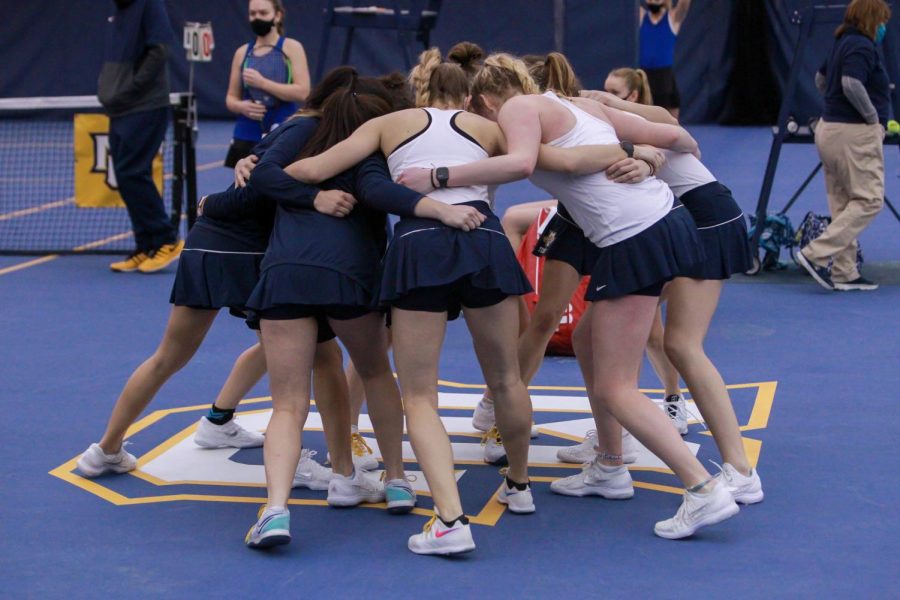 Both Marquette tennis teams made early exits in the 2021 BIG EAST Tournament that took place at the Cayce Tennis & Fitness Center in Cayce, South Carolina April 22-26.

The women’s team faced Georgetown in the first round and dominated the Hoyas with a 4-0 sweep. This victory came with help from No. 1 doubles Natalija Popovic and Guilia Turconi, who won their match 6-4. The No. 4 singles player Emilija Kojcic and No. 5 singles player Elizabeth Desmarais also won their. matches. Kojcic won her match 6-2, 6-3 and Desmarais won her match 6-1, 6-1.

This team win against Georgetown helped the Golden Eagles advance to the quarterfinals, but ended up falling to the top seed Xavier, where they were swept 4-0. This was the second time iim less than a week that Marquette faced Xavier.

“We made some good progress this season during a difficult year, but there is still plenty of room to grow as a team,” Steve Rodecap, director of tennis, said in a statement. “Everyone was able to gain some valuable experience and we look forward to getting back on the court as a team in the fall.”

While the women’s team was eliminated during the quarterfinals, the men’s team made it a bit further.

With this win the third-seeded Golden Eagles advanced to the semifinals to play St. John’s April 25. However, they fell to the No. 2 seed, St. John’s, 4-2 in the semifinals. This was the first time in five seasons that Marquette has not played in the BIG EAST Championship match.

Neither team advanced past the semifinals. While the women’s team ended the season with a losing record of 6-8, the men’s team finished 10-7. However, both teams have completed their respective seasons and will not be competing in the NCAA Tournament.