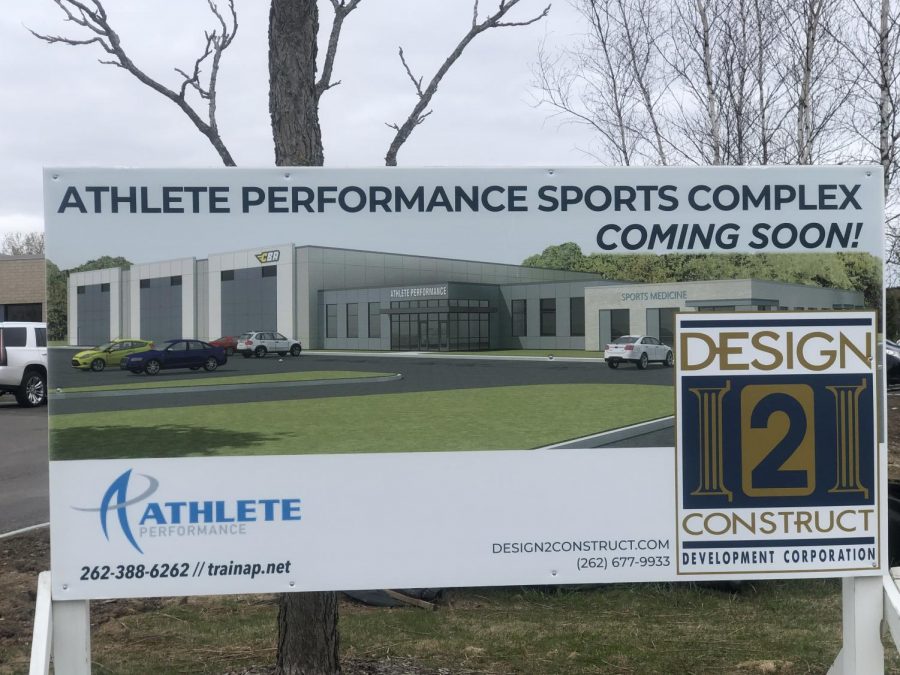 “It’s been a process, but it’s gone pretty smoothly and pretty fast,” Diener, a former Marquette basketball guard, said. “When the pandemic hit, you didn’t know the uncertainty of everything. … From the very first steps of it, they were really upfront and honest with us on when they thought they could complete it by and pretty much accomplished that goal on opening exactly when we thought we would.”

The complex had a staggered opening as Becker, who owns Athlete Performance, had restarted his business in early March 2021. Then, the gym received permission for full occupancy later in March once the bleachers were put in.

“To have our first tournament (the weekend of April 10) and have all these kids here on a nightly basis is what we saw months ago, and it’s come to fruition,” Diener said.

Chapman, who was Diener’s teammate, finally has a facility for his Chapman Basketball Academy. The camp, which started four years ago, now has 63 total teams and 1,500 kids that train five to six days a week.

Athletes anywhere from five to 21 and 22 years old train with Chapman and his staff, which includes Diener, former Marquette forward Todd Townsend and University of Wisconsin-Oshkosh assistant coach Kelly Frings.

“The sky’s the limit (for CBA),” Chapman said. “We want to venture off into Chicago as well and start a CBA there and get some home roots there. … We’re thinking about extending to Madison as well.”

For Chapman, who started his CBA training in Marquette women’s basketball junior forward Chloe Marotta’s basement, having a facility makes it easier to build clientele.

“Being in one spot, you don’t have to worry about being in a school or private facility,” Chapman said. “Now it’s about sending it out to everyone and continuing to grow it.”

With some schools being completely virtual, Chapman said there are also more camps in the mornings and later after practices at night. Not only do they have large group sessions, CBA also has one-on-ones, small groups and film sessions with kids.

“That’s why we wanted to build a facility because sometimes when you’re in school, you can’t get in (the gym) during the day,” Chapman said. “This is important to build something that kids can come in throughout any time of the day.”

As a lead trainer, Diener’s schedule changes every day. While he has occasional workouts with athletes in the mornings, it is in the afternoons and after school when most kids come to train. He also facilitates the weekend tournaments.

“I have the flexibility to be around my family, my kids, then come here and work kids out and that’s kind of what the next step is for me in my life,” Diener said.

Not only is Diener a huge part of Chapman’s camp, Fox Sports Wisconsin broadcaster and former Marquette forward Steve Novak also helps out by running shooting camps and by coaching the fourth grade boy’s team. Another Golden Eagle connection who comes to the camp frequently is former head coach Steve Wojciechowski, whose sons Jack and Charlie play there. Diener and Chapman’s kids also play in CBA camps and for their respective aged teams.

“A lot of former (Marquette) players’ kids play for us, which is a great sign as a former player,” Chapman said. “It’s a one-stop shop for all of our kids. We can grow them up in the program learning life skills through the game.”

Though Athlete Performance is right near the lobby and the gym is down the hall, Diener said they are aiming for synergy within the building.

“Whether they’re basketball players (or not). We’re going to have volleyball in here as well. We have indoor soccer,” Diener said. “Those athletes that go in there, they do what they have to do from a weight training standpoint flexibility (and) mobility standpoint and then they come in here and work on their skills.”

Chapman said the complex has a little bit of everything — athletes can lift weights, shoot around or work on integrative health.

“Really, for an athlete, you don’t have to do anything else but be here,” Chapman said.

During the pandemic Chapman said his staff has thought more creatively.

“We did more Zoom work during COVID,” Chapman said. “We did more yard workouts. We did more mental health things with our athletes.”

In terms of COVID-19 regulations for the building, Diener said if there’s a tournament, only two spectators are allowed per athlete and masks are recommended for spectators and referees. They also sanitize after every game to try and keep everyone safe and healthy.

“That’s something we’ve never had in our lifetime, to see players and little kids playing in masks,” Diener said. “Hopefully with the vaccines coming out and the steps we’re taking, this virus will be eliminated sooner rather than later so kids can get back into schools and playing sports without masks.”

Both Chapman and Diener played on the 2003 Final Four team with Dwyane Wade and with the complex being in Mequon, which is 16 miles away from Milwaukee, there’s still a strong Marquette connection.

“Marquette is something that bonded (Diener, Chapman and Novak) when we played together,” Diener said. “Twenty years later we’re still close and friends. … What’s special about Marquette is our close-knit family-type atmosphere. That bond will live on until the day we pass away.”