Pride playlist: Songs to listen to by LQBTQ+ artists 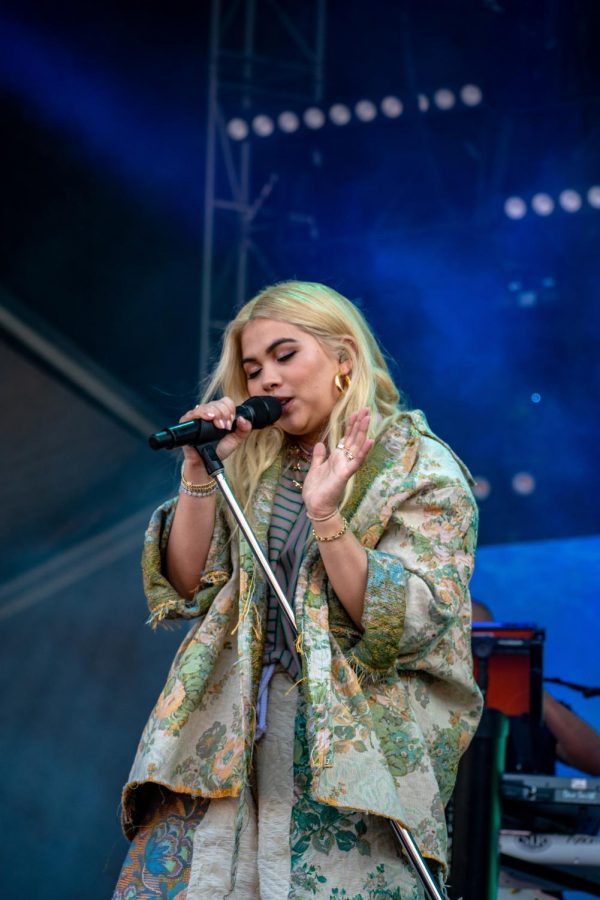 Hayley Kiyoko is a singer/songwriter who is well known for her role in the Disney Channel original movie “Lemonade Mouth.” Photo via Flickr

With Marquette University Student Government’s pride week taking place this past week, below is a playlist featuring a few LGBTQ+ artists. Each artist briefly discussed also has a recommended song to add to your spring playlist. Though it is was pride week, Pride Month is during the month of June.

Fletcher is an artist whose 2015 debut single “Warpaint” rose up on the Spotify Viral chart. In 2020, she released an EP with one a song titled “Bitter.” This song is about the feeling one has when their ex moves on and is with a new person after the breakup. Some lyrics are “I know they said it’s kinda stupid /But it’s just the way I’m feeling right now/And I hate that I could tell that someone’s/Probably in my shoes by now, right now,” and in hearing them, it’s easy to feel the bitter energy. This song is perfect to add to your morning walk to class.

Troye Sivan is an Australian singer/songwriter. His second studio album “Bloom” came out in 2018 and contains the title track “Bloom.” This song has a soft beat with an 80s vibe in the opening verse. The song is about a relationship and how it’s been the one you’ve been waiting for, Sivan likens it to spring and blooming when that person is around. When looking at the lyrics “Now it’s the perfect season / Yeah, let’s go for it this time / We’re dancing with the trees and/ I’ve waited my whole life,” you can feel the excitement of the relationship and the happiness the song exudes. This is a perfect song to add to your exercise playlist.

Hayley Kiyoko is a singer/songwriter who is well known for her role in the Disney Channel original movie “Lemonade Mouth.” The single “I Wish” was released in 2019. The song talks about how Kiyoko seems to be in a relationship that she knows isn’t working and wishes she could just find the perfect match. Some of the lyrics are “No, you don’t like that I do what I want like all the time/We butt heads ’cause you don’t pay me no attention/And you’re selfish with your affection (Oh)” and here it can be seen that Kiyoko is struggling with this relationship. This song is perfect to play while making breakfast in the morning.

Sam Smith is an English singer/songwriter. They truly gained big recognition through being featured on the song “Latch.” Their voice is incredibly velvety and one song that truly portrays this is “To Die For.” This song was released in 2020 and is featured on their 2020 album “Love Goes.” The song is soft and has a light beat with featured strings and piano. It’s a song that talks about how they’re just looking for that one true love when a love is lost. With lyrics like “You don’t leave my mind / Lonely days, I’m feeling/ Like a fool for dreaming,” it can be seen that they are longing for the love they thought they had. This song is perfect to have on in the background while taking a nap.

Raveena is categorized as an American singer/songwriter. She had an EP released in 2017 and her first album “Lucid” was released in 2019. A song off that album is “Still Dreaming.” With a dream-like opening, the song makes you feel like you’re floating as you listen, almost as if you’re sitting in the passenger seat staring out the window and daydreaming. Raveena sings “I don’t want lose that feeling/ Sleeping in your arms, still dreaming/ And if I, if I froze time/ Could you forever, could you forever be mine?” and it’s clear that the song is about wanting to stay with someone forever, even if you don’t know what the future holds. This song is perfect to have on your study playlist or while doing busy work.

Though there are many more LGBTQ+ artists, these are just a few on the list that you should go give a listen to. A few others include Clairo and Todrick Hall.