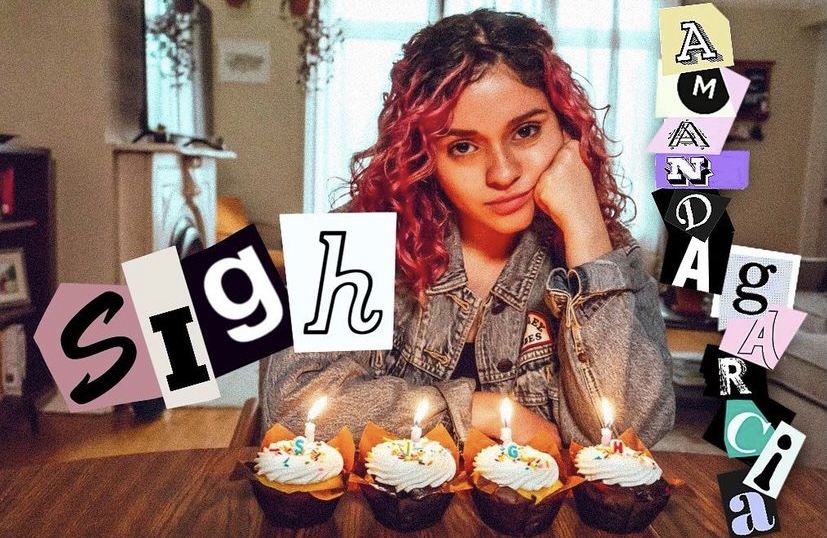 Junior Amanda Garcia releases her debut single 'Sigh' April 22 as well as a music video for the single April 23.

Marquette music enthusiasts may be able to find their new favorite musician right on campus. Amanda Garcia, a junior in the  College of Communication, is releasing her debut single ‘Sigh’ April 22.

The Waukesha, Wisconsin, native has been singing “since she could talk.” Involved in talent shows, musicals and several choirs since her childhood, Garcia has always had a passion for singing. When she came to Marquette, however, Garcia took a break from singing.

She auditioned for acapella groups on campus and did not make it. It was then when Garcia started to shift focus to her other passion: dance. It wasn’t until her sophomore year that she began to miss singing, and performed at coffee shops, and did song covers. A friend of Garcia’s, Kevin McGroarty, who also did show choir with her, conveniently produces music and began working with her to produce her original music.

‘Sigh’ is about a breakup Garcia went through just about five months ago.

“It was really hard for me,” Garcia said “I thought I was going to spend the rest of my life with this person.” Garcia didn’t want to write the traditional bashing-your-ex breakup song. “He’s a wonderful person, things just weren’t adding up at the time,” Garcia said.

She then realized the break up served a greater purpose, which later served as the inspiration for her single.

“I knew the reason I had to go through the struggle was to make me a better person at the end of the day,” Garcia said. I wanted to write a song that was less about the grieving part of the breakup and more about the better days in the future.”

Garcia has a music video for ‘Sigh’ being released April 23. Additionally, she has more music coming out in the future and is constantly meeting with her producer while still being enrolled at Marquette full-time, dancing for two different dance teams, and teaching at two dance studios. For Garcia, music is worth all of the hard work and little time for social events.

Another important factor for Garcia is being a Hispanic woman in music.“I know growing up as a Hispanic female, I wanted to see artists that looked like me,” Garcia said.

Growing up, Garcia said she looked up to Selena Gomez as one of her few Hispanic celebrity inspirations.

“I want my identity as a Hispanic female to be out there for other people to see and look up to. It’s really important to me,” Garcia said.

At just 21 years old, Garcia is making a name for herself in music and serving as a role model for Hispanic female artists. Garcia’s music can be found on most music streaming platforms, including Spotify and Apple Music.