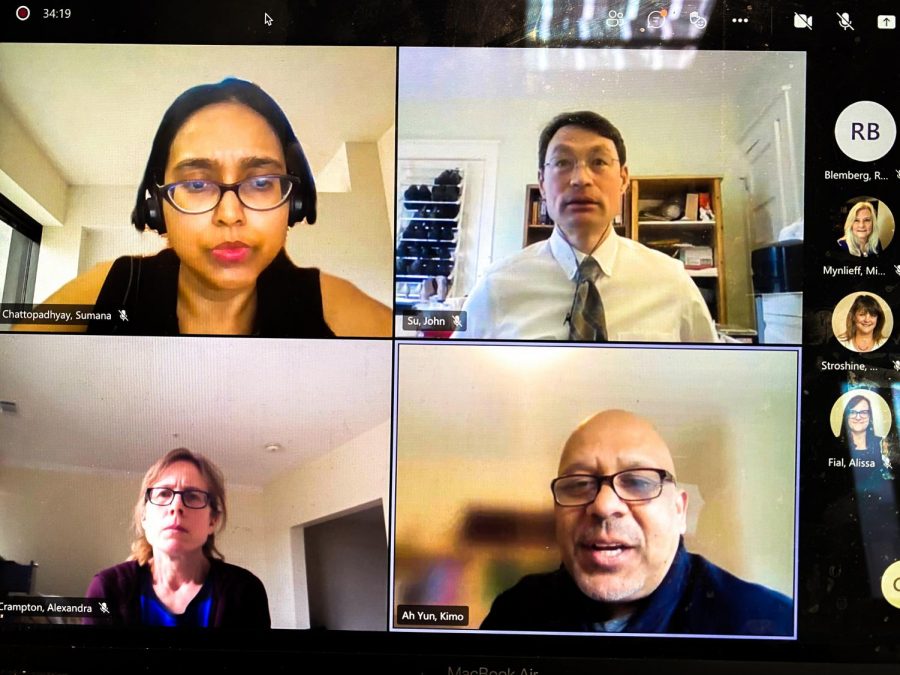 The university hosted an Academic Senate meeting Monday which mainly discussed motions brought by the University Board of Graduate and Undergraduate Studies, student success initiatives and provost reports.

The meeting began with Sumana Chattopadhyay, chair of the university’s Academic Senate and associate professor of digital media and performing arts/media studies, who discussed feedback and surveys from shared governance discussions that took place March 22.

“One general thing I got from these sessions was how much faculty care about the institution,” Chattopadhyay said. “Everyone is thinking about the welfare of Marquette.”

In evaluating this feedback, Chattopadhyay said there should be further consideration in issues regarding senators on a committee that represent everyone’s interests. She said this is a “daunting” role and the committee should work on creating clearer guidelines for people in these positions in next year’s academic senate.

A proposal Chattopadhyay mentioned that would improve shared governance would be an “orientation for senators” to get a clearer expectation for individuals in these roles.

For undergraduate enrollment, Marquette is up 4% in applications and up around 11% in admissions, however, it is down 8.3% in deposits from last year. The target amount of deposits for next year is 1,770. Marquette currently has 1,043.

For graduate enrollment, admissions are up 13%, and new students that have declared they will be attending next year are up 51% from last year.

“These are strong indicators that graduate enrollment will continue to grow,” Ah Yun said.

According to an April 1 press release, many of Marquette’s graduate programs, which include those in business, nursing, engineering and law, have moved up in U.S. News and World Report rankings.

Ah Yun also said the university will be doing an in-person commencement event May 23, however the details on the ceremony have yet to be ironed out.

Robinson said the reasons students leave the university is due to personal and academic reasons, along with a sense of belonging and campus climate.

Clear initiatives on how to improve student success will be discussed at a campus input meeting April 29.

“What we’re really doing next week is looking across all of the various reasons why students leave and why they stay,” Su said. “The next phase is prioritization.”

The Academic Senate then discussed a variety of motions to either approve or endorse regarding undergraduate and graduate studies.

A motion the committee endorsed was a revision to Marquette’s core curriculum, which would revise the fourth learning outcome known as “Collaborators Engaging Social Systems and Values” to “Collaborators Promoting Equity and Justice across Cultural Contexts.” with the addition of acknowledging class-based structures of privilege and access.

According to the proposal, “the revision would be for the purpose of “promoting a new engagement of race, racism and racial justice in the MCC that better meets the demands of our current moment.”

The next senate meeting will take place May 3.