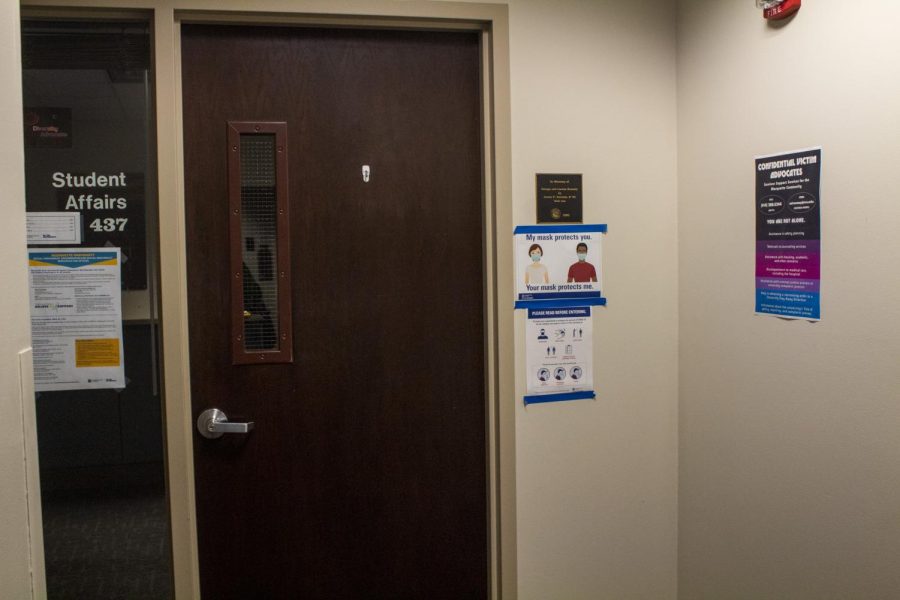 At Marquette, the university has spent this month to raise awareness of the issue of sexual assault on campus.

One of the ways they are doing that is by the Denim Day event Wednesday, April 28. Denim Day will honor survivors of sexual assault by encouraging the Marquette community to wear denim to show their support towards the victims, and to end myths surrounding sexual assault and violence. Those who are celebrating Denim Day are encouraged to post a photo of themselves tagging the Wellness Center Instagram. Denim Day has been celebrated on Marquette’s campus for 20 years.

Kristen Kreple, title IX coordinator, said that this month is extremely important to Marquette because it brings a renewed focus to what the resources on campus are to help and support victims/survivors of sexual assault.

“This is so prominent on college campuses, and it’s something that I think is especially important this year, because even though so much is remote because of COVID-19, these are still issues that we are seeing and that we need to address,” Kreple said.

Kacie Otto, violence prevention specialist and campus victim advocate, said that Sexual Assault Awareness Month is important because it provides everyone with an opportunity to concentrate on how they can support survivors of sexual assault, and participate in ending violence within their realm of authority.

“SAAM at Marquette is especially important because college students are a population of people that face higher risks of sexual violence. Sexual violence happens far too often and SAAM is an opportunity for our campus to come together in support of survivors and remember our obligation to believe survivors and intervene when we see situations that could lead to violence,” Otto said in an email.

Marquette offers support and help that survivors can utilize on campus. Kreple said Marquette’s primary support resource is their advocacy services office. Kacie Otto and Katy Adler are two of Marquette’s victim advocates. Marquette also has their advocacy line which one could call overnight for guidance.

“The biggest change this year as compared to years in the past with the victim advocates is they used to be non-confidential, which meant that they had to report if a student discloses sexual violence to them. They had to report it to me, and some students aren’t comfortable with that,” Kreple said.

Now, this is the first year that the victim advocacy service is confidential. Kreple said the advocates are a place where students can share their experiences and get the help they may need, or help in directing them to what could help them heal.

Otto said in an email that the victim advocacy office is also “work(ing) with a team of undergraduate Wellness and Prevention Peer Educators who implement awareness and prevention programs on campus all year so students can learn more about how to support survivors and prevent violence.”

The title IX office also offers a lot of supportive measures for victims of sexual violence such as helping students find a better living situation and helping with academic accommodation, which is offering flexibility in terms of attendance and due dates for assignments.

Marquette students are raising awareness throughout the month of April, and some are understand why Sexual Assault Awareness month was implemented in the first place.

“I think it’s important to bring awareness to this issue. Teaching especially young girls and boys what harassment and assault is helps not only prevent but lower numbers, because the more it’s talked about, the more people will realize what is happening, and intervene during those times,” Maddie Connell, a first-year in the College of Engineering, said.

Connell said that Sexual Assault Awareness Month is extremely important in bringing survivors closer together and providing them with support.