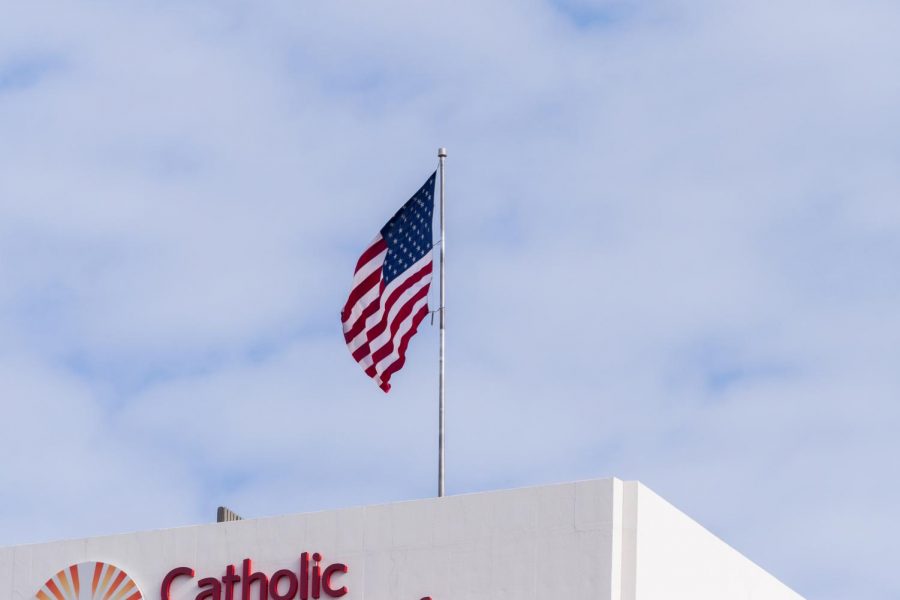 Georgia’s new and controversial voting law will go into effect beginning July 1, according to USA Today.. The bill, which was signed by Republican Governor Brian Kemp, will overhaul Georgia’s voting protocol.

Gov. Kemp  said the law will aim to ensure that elections remain accessible and fair to all parties involved. However, Democrats, alongside civil rights groups, have expressed their extreme distaste and haste towards the new law.

The controversy behind the bill is rooted in many things. This includes a proposal to restrict the number of dropboxes, restrict early voting, and force. absentee voters to provide extra identification.

The law was curated after Georgia was narrowly won by now-President Joe Biden in November. Biden won the state by 11,779 votes. Georgia also had two Senate runoff elections this past January. The runoffs were both won by Democratic candidates, which switched control of the Senate. The two Democratic candidates are Jon Ossoff and. Raphael Warnock.

Paul Nolette, the department chair of political science, said this feat was incredibly surprising. The surprise came due to the fact that Georgia is historically a republican-leaning state in Presidential and Senate Elections.  The fact that the state legislature wanted to make changes to voting laws after this is, however, not surprising at all, said Nolette.

“The timing definitely suggests Republicans are looking for a partisan advantage,” Nolette said. “This is very clear.”

Republicans are looking to regain partisan advantage due to the fact they lost it after the aforementioned Senate Run-off in Early 2021.

The law, which is being deemed “The Election Integrity Act of 2021,” will close upwards of 70 absentee drop boxes that reside in Georgia’s four most populous counties. All four of these counties were won by Joe Biden in the 2020 Presidential Election.

In addition to the elimination of many drop boxes, runoff elections will now be shaved down from nine weeks to four weeks long, and voters will be required to verify their identity upon returning their ballot. This is similar to Wisconsin since you must have an ID to vote here. This is replacing the signature-matching system that had previously been in place.

Since the creation of the bill, it has been revised to actually widen the amount of early voting initially allowed. There was a very large concern and push back from the Black community after it was said that early voting on Sundays would potentially be eliminated. “Souls to the Polls,” a phrase that encapsulates the trek that Black church communities make from their congregations to the voting locations, will be able to stay intact for years to come. There will be two Sundays of early voting and one Saturday.

Eliminating early voting on Sundays wasn’t ever looking to keep the voting process secure, Avery Farmer, a sophomore in the College of Arts  & Sciences. said.

“I felt the potential elimination of early voting on Sundays was just another attempt to disenfranchise the Black community’s place in this democracy,” Farmer said.

Requiring more identification on absentee ballots will mean that people will undoubtedly have their votes not counted due to errors. African Americans are also being directly affected because of the amount they utilize “souls to the polls”.  Many use “Souls to the Polls” as their main means for transportation when voting as well.

Nolette said he felt the democracy of this nation was in question.

“While I wouldn’t characterize the laws to be that drastic, it seems clear that there is a partisan motivation. Which is the complete opposite of what is needed within a well-standing democracy,” Nolette said.

Bruce Deal, a sophomore in the College of Business Administration and student activist, also noted “The state is receiving major backlash for this. For example the MLB All-Star game was moved”.

The All-Star game was previously going to be held in Atlanta, Georgia.

More stringent voting laws are currently in discourse everywhere, not just Georgia. Six bills have been enacted in four separate states since President Biden entered office. The four other states that have enacted bills are Iowa, Arkansas, Kentucky and Utah.

This story was written by Finn Askin. He can be reached at finn.askin@marquette.edu.