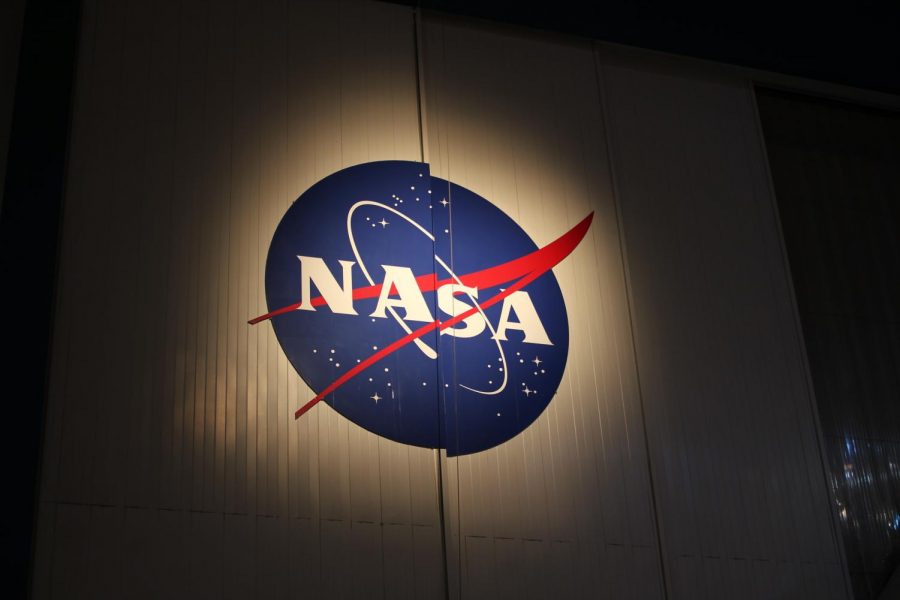 NASA is planning a space mission for 2024. Photo via Flickr

This story is part of an Opinions series called “One Planet, One Home.” In honor of Earth Day this year, we are taking a moment to draw attention to and discuss different environmental issues facing our local communities and our planet.

Space travel has always seemed like a mere dream to the general public. Only 550 people have gone to space, but that number may grow rapidly within the next 10 years. Plans for commercial space travel have been in the works for years, with space companies and organizations like NASA, SpaceX and Axiom leading the way. Now, those ideas are becoming a reality as a vacation to space could soon be available for some. In October 2021, a group of three astro-tourists will take the first privately funded trip to the International Space Station.

Additionally, former President Donald Trump created the Space Force military branch in late 2019, and NASA is planning on sending a crew to the moon in 2024.

All this news about space seems like the planet’s next step to becoming a futuristic, high-tech civilization. However, not only does space travel contribute to climate change and colonialism, but even entertaining the possibility of space travel in this crucial time for our planet is, frankly, unnecessary.

In the 2017 movie “Valerian and the City of a Thousand Planets” the opening scene features various cultures and countries coming to the ISS, and all are warmly greeted. The final visitors, however, are aliens, but they are also greeted in the same manner. While this picture of all cultures (including extraterrestrial) “singing Kumbaya” amongst the stars is a nice one, it will never be a reality considering the way space travel has a history of harming marginalized people.

The Outer Space Treaty of 1967 states that no country will be able to claim space as its own. The peaceful, anti-imperialist sentiments expressed during the start of space travel may hold true in space, but on Earth, space travel efforts are anything but peaceful.

In 2017, protesters occupied the Guiana Space Center in Kourou, New Guinea, which halted nearly half of the world’s space launches that April. The protest occurred due to the continuous exploitation of New Guineans by the French government in order to operate the space center. This event is a prime example of how space colonies will never be the utopia some hope they may be.

In 2019, Brazil gave the U.S. access to its Alcântara Launch Center, which is currently occupied by quilombolas, Brazilian descendants of formerly enslaved Black Africans. The deal will result in the displacement of 2,100 of one of Brazil’s most marginalized groups.

It is clear that the Global North values its own scientific advancement and glory to the lives and dignity of people of color. With the promise of space travel comes the oppression of already marginalized people and the exploitation of our planet.

Space will never be a great equal place in which all people can join. Commercial space travel prices are incredibly high. For a 30-day trip to the ISS via Axiom, one passenger must pay $35,000 per night. While that’s to be expected considering how expensive space travel is, it also means that down the line, the wealthy will have options that the rest of the population won’t.

Space colonization cannot be seen as an option when it comes to climate change, because it is not an option that will be accessible to everyone. We need to focus on creating a sustainable Earth rather than relying on space as our backup.

According to the travel website Champion Traveler, a single SpaceX rocket emits the same carbon emissions as 395 flights across the Atlantic. Around 100,000 flights take off and land everysingle day, so SpaceX’s emissions pale in comparison to the emissions of airlines and other forms of transportation around the world. However, if commercial space travel became more popular, the emissions produced from it would be cause for concern.

Space travel is very unsustainable, even as organizations like NASA are developing cleaner forms of space fuel. This research may be helpful for scientific research in space, but they should be putting energy into researching sustainable forms of terrestrial travel. Additionally, it seems unnecessary to even go on scientific expeditions when the money and research put into them could be going towards researching global warming and ways to stop it.

Children who want to become astronauts tend to grow up and realize how unrealistic their career choice is. American companies and government organizations should have outgrown their insistence on going to space, but they haven’t. It’s not because they’re naive, as a child would be, but because they do not care about the effects space travel has on the planet and its people.

Governments and companies in the Global North need to put their time and resources toward sustainability efforts. The glory of space travel will be temporary if there are no humans left to remember it.