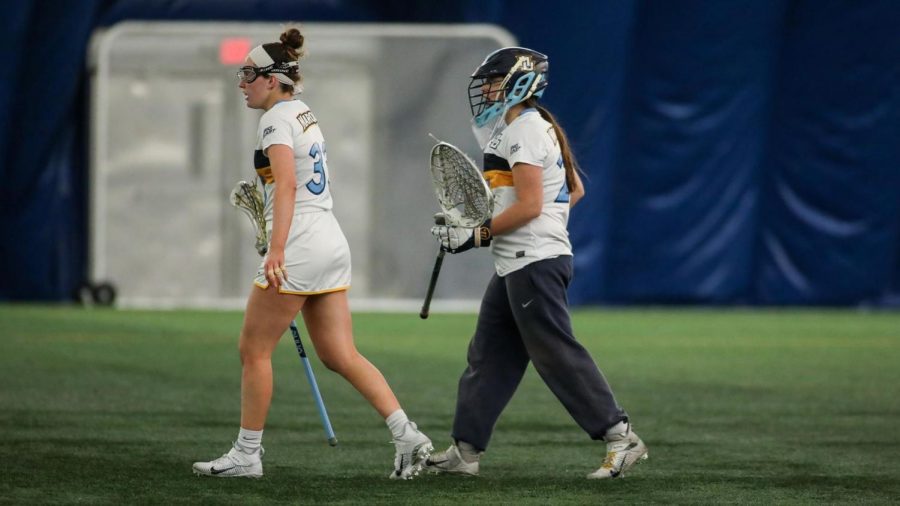 The first half was a much different story than what the final score ended up being. The game was tied at half time, 5-5, after senior attacker Lindsey Hill scored in the last 30 seconds assisted by redshirt senior Megan Menzuber. Five different players scored all five goals on both sides, while graduate student Kailey Conry had two assists for the Pioneers. Hill and Menzuber both had a goal and assist, each.

Leading goal scorer and senior attacker Caroline Stellar was held scoreless in this game, with two shots hitting iron. It was the first time since Feb. 21, 2020 that Stellar failed to score a goal. Stellar has also never scored a goal in three career games against Denver and just got her first career point against the Pioneers on her assist to senior Hannah Greving in the first half.

Penalties were an issue for the Golden Eagles in the second half as well, as they allowed three powerplay goals on a Pioneer 11-0 run.

The two teams will meet again on Sunday for game two of the weekend series at 1 p.m. Central Standard Time.

This story was written by Jackson Gross. He can be reached at Jackson.gross@marquette.edu or on Twitter @JacksonGross.