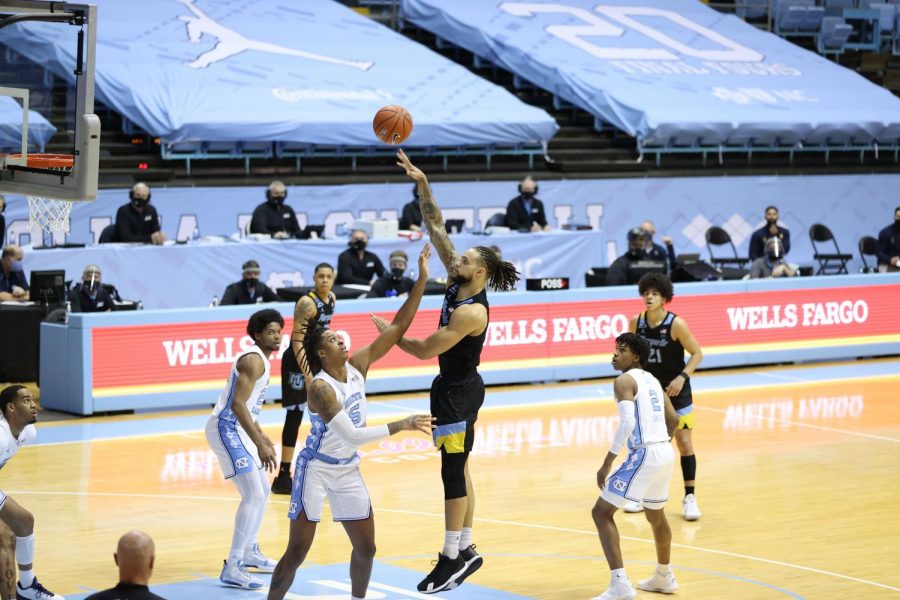 Theo John (4) goes up for a shot over UNC's Armando Bacot (5) during Marquette's win over the Tarheels Feb. 24 (Photo courtesy of Marquette Athletics.)

Theo John will be using his final year of eligibility to play under Mike Krzyzewski at Duke University, the forward announced Friday morning on Twitter.

It was originally reported that John was going to pursue professional opportunities, but he will now head to Durham, North Carolina, to join the Blue Devils. He averaged eight points, five rebounds, 1.5 blocks and 1.2 assists this past season as a senior for the Golden Eagles.

After serving as an assistant coach at Kent State, Toledo, Michigan and Maryland, Haynes comes to Milwaukee after helping lead the Terps to a 2020 Big Ten Championship. He has been a part of three NCAA Tournament teams and assisted the Wolverines to a Final Four appearance during the 2017-18 season.

Following five seasons as a G-League head coach, Smith spent last season at Texas under Smart as Director of Program Development. At Marquette, he will serve as Special Assistant to the Head Coach. During his time in the G-League, Smith coached current NBA players such as Clint Capela, Robert Covington, Duncan Robinson and former Milwaukee Buck Torrey Craig, who was with the team for about four months this season.