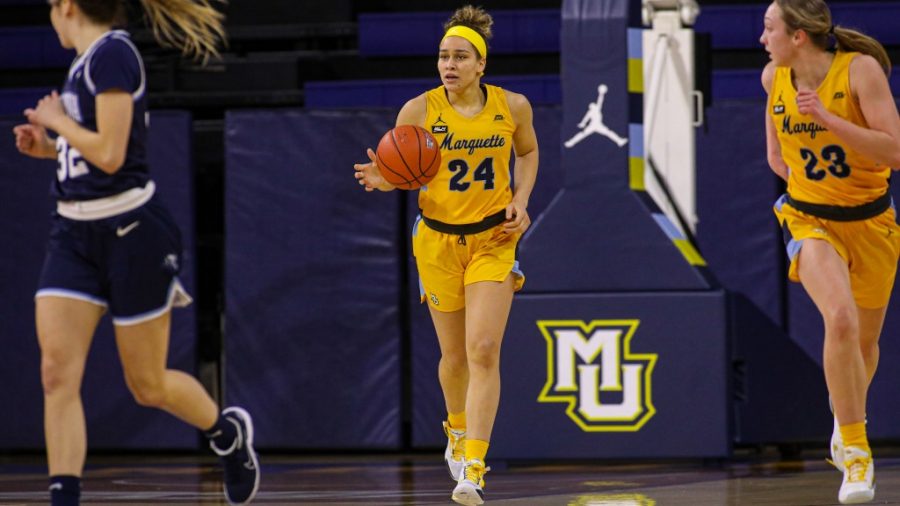 Marquette women’s basketball senior guard Selena Lott did not get drafted into the WNBA on Thursday night during the 2021 WNBA Draft.

The Troy, New York, native ended her Marquette career ranked 23rd all-time in scoring (1,193) points, 10th in assists (383), ninth in steals (223) and eighth in blocks (81). Lott was also named the BIG EAST Co-Defensive Player of the Year this past season.

Lott will now look to begin her professional career overseas.