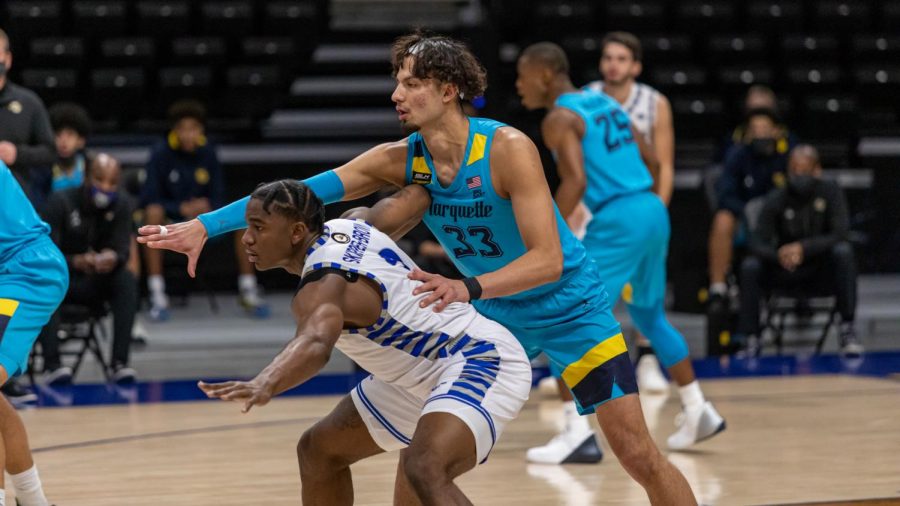 Dawson Garcia (33) attempts to lock down on the defensive end during Marquette's game against Eastern Illinois Nov. 27, 2020 (Photo courtesy of Marquette Athletics.)

Forward Dawson Garcia will go through the NBA Draft evaluation process, according to an Instagram post he posted Monday night.

“After much reflection and several conversations with my family, friends and coaches, I have decided to go through the NBA Draft evaluation process without hiring an agent,” Garcia said in the post. “I look forward to going through the process, gathering information, and making the best decision possible regarding my future. It has always been my dream to play in the NBA.”

Garcia averaged a team-high 13 points and a team-high 6.6 rebounds this past season as a first-year. He will be the fifth player to leave the program this offseason if he does go to the NBA as Theo John, Koby McEwen, Jamal Cain and Symir Torrence have already announced their decisions to play elsewhere or to seek professional opportunities.