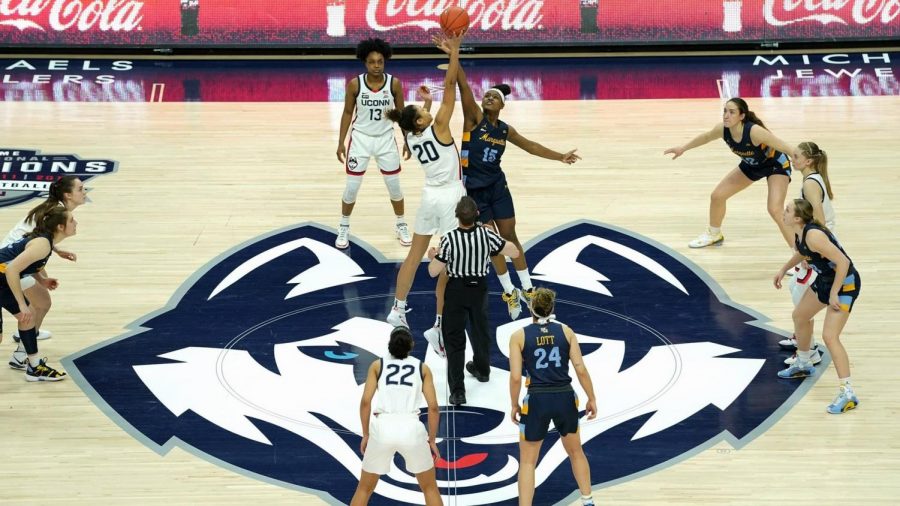 Forward Camryn Taylor (15) goes up for a jump ball against the UConn Huskies (Photo courtesy of Marquette Athletics.)

Marquette women’s basketball forward Camryn Taylor has announced she will be transferring from the program, according to her Twitter post April 12.

“For starters I wanted to thank my coaches and teammates for two great years at Marquette. I hope I’ve had as much as an impact on Marquette nation as you all had on me. With that being said, I have decided to enter the transfer portal. Looking forward to the next part of my journey,” Taylor said in the post.

Taylor is coming off a career-best season with the Golden Eagles in which she averaged 12 points and 6.9 rebounds per game, while starting all 26 games throughout the season. This led Taylor to earn All-BIG EAST Honorable Mention honors this past season.

The sophomore forward was a key part of Marquette’s success this year, as she scored in double digits in 19 games and recorded four double-doubles throughout the season. Her presence will be missed in the paint both offensively and defensively for the Golden Eagles, as Taylor led the team in rebounding and was third in scoring.

The Peoria, Illinois native will be able to transfer anywhere next season without having to sit out thanks to the NCAA’s new rule that allows student-athletes one penalty-free transfer in their college career due to the COVID-19 pandemic.